UW Oshkosh spring commencement to be held May 12 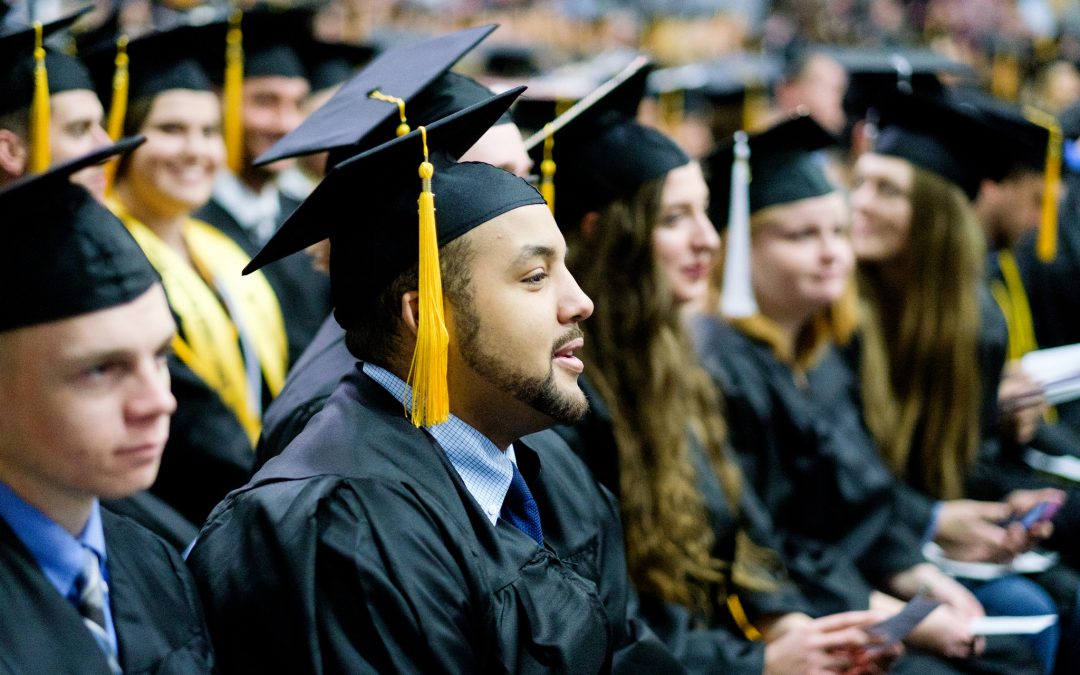 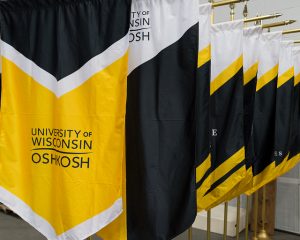 More than a thousand candidates for bachelor’s, master’s and doctoral degrees are expected to cross the stage during two commencement ceremonies Saturday, May 12, at the University of Wisconsin Oshkosh.

The 144th spring commencement ceremonies will be held at 9 a.m. and 2 p.m. at Kolf Sports Center, 785 High Ave. In total, nearly 1,700 will graduate this spring–joining more than 90,000 others as UW Oshkosh alumni—including more than 1,400 with bachelor’s degrees, nearly 250 with master’s degree candidates and more than 30 with doctoral degrees.

The 9 a.m. ceremony will include the College of Letters and Science and the Division of Lifelong Learning and 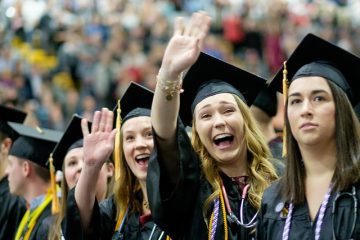 Community Engagement. During the morning ceremony, Jennifer Szydlik, a faculty member in the math department, will offer the commencement address; and Griffyn Alberts, who will graduate with a theatre arts degree, will offer comments as the graduating class speaker. State Representative Gordon Hintz will relay greetings from the state. 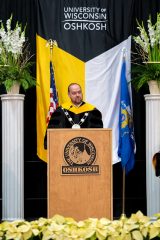 At both ceremonies, UW Oshkosh Chancellor Andrew Leavitt will confer diplomas to the graduating students.

Following each formal ceremony, a reception for faculty and new alumni, their parents and guests will be held in Kolf’s lower level.

A  live, streaming video is available for those who cannot attend the commencement ceremony on campus. In addition to a live streaming webcast covering the morning and afternoon ceremonies, attendees, online audiences, alumni and UW Oshkosh friends and followers alike are invited to join in on the conversation on UW Oshkosh’s social networks —Facebook and Twitter; use #uwograd as a Twitter hashtag.