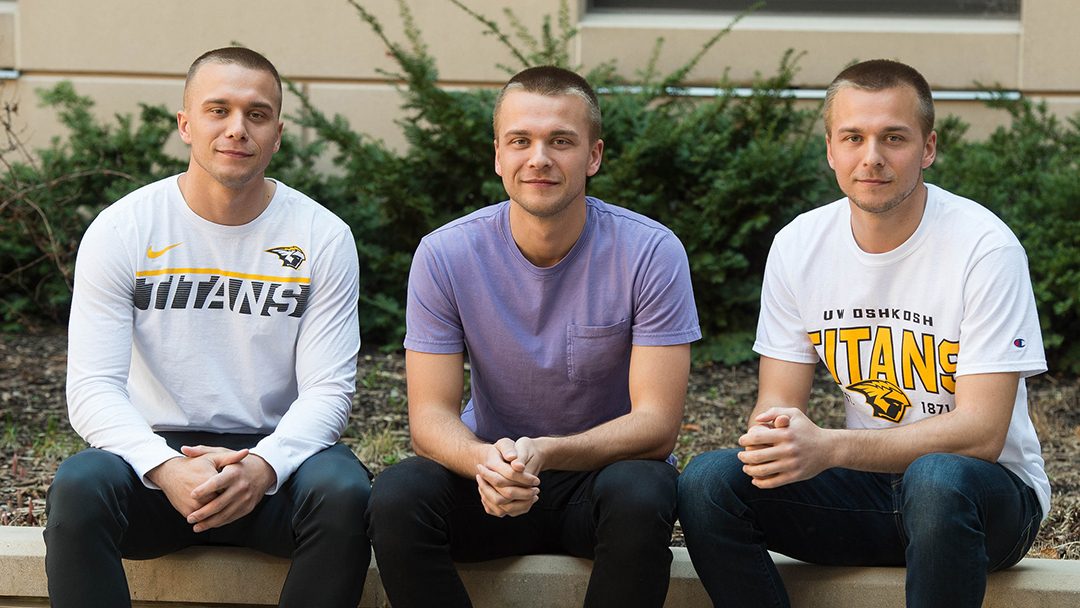 What are the odds? University of Wisconsin Oshkosh triplets Jared, Jason and Jeremy Rivard, of Menominee, Michigan, share a love of numbers that has led them all to pursue careers in finance.

The three are set to graduate … one right after the other … on Saturday, May 12.

According to the CDC, there are 101.4 triplets or higher births per 100,000 live births. Statistically, that means UW Oshkosh should have at least one set of triplets walking each commencement.

Jeremy chose UW Oshkosh because it was the closest to home and was convenient because many of his friends were also attending. Jared and Jason each transferred into UW Oshkosh from two-year colleges as they ultimately wanted to graduate from a business school known for outstanding academics.

Upon graduation, they will blaze their own paths into the workforce. Jeremy accepted a financial representative position with Modern Woodman in Appleton. Jason will head south as he begins employment with as a securities specialist with US Bank. Jared dreams of working for an NBA team, but until then, will seek employment in the finance sector in Green Bay, Appleton or beyond.