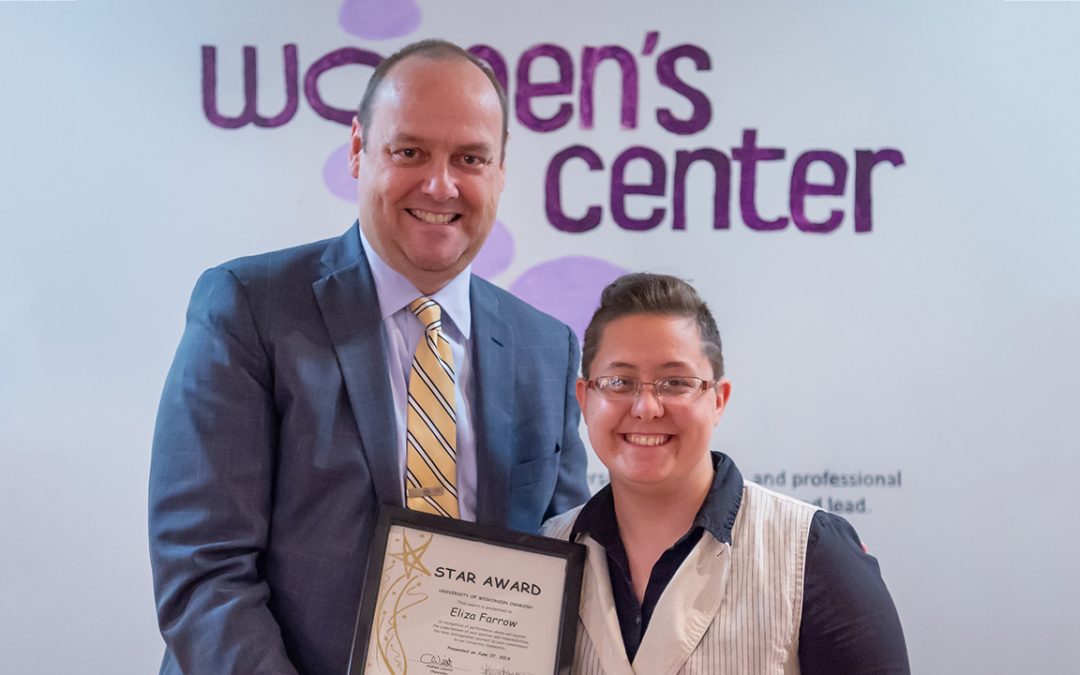 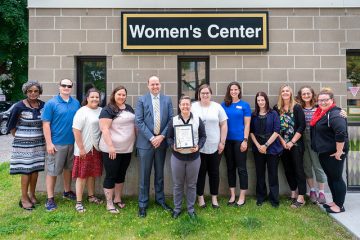 Eliza Farrow, who works for the Women’s Center as a University Services Associate, has been named the recipient of the July 2018 STAR Award.

She was nominated by Alicia Johnson, Women’s Center director.

“Eliza goes above and beyond her normal job responsibilities on a regular basis, even though she is not full-time in the Women’s Center. She is a tireless advocate for the work we do in the Women’s Center and is always generating new ideas to creatively support that work.

“The first example is her commitment to fundraising for the Women’s Center so that we are able to offer an ample number of programs and events to students. This is not part of her formal job description but she engages with the task anyway due to her passion and commitment. One particularly creative fundraising opportunity spearheaded by Eliza is having a Women’s Center table at the House of Heroes’ Free Comic Day event. While there, Eliza participates fully by dressing up as a comic character, promoting the work of the Women’s Center to attendees, selling the Women’s Center’s fundraising items (cookbooks, bow ties) and getting donations.

“The second example is the Women’s Center’s Level Up! A Feminist Gaming Initiative. It was Eliza’s passion for video games that sparked the idea to have a feminist gaming initiative in the Women’s Center. Since the launch of the initiative, Eliza has gone above and beyond to present to various groups about the initiative and to discuss a variety of topics about diversity and gender in video games during weekly meetings. She adjusted her limited hours (23/week) so that she could host these meetings in the evening and accommodate student schedules.