Multidisciplinary educational journeys starting at the University of Wisconsin Oshkosh laid the foundation for two College of Letters and Science graduates to command major impacts in the public health sector.

Brian Rettmann, of Dar es Salaam, Tanzania, and Kathleen “Kathy” Abrahamson, of West Lafayette, Indiana, will both receive the Distinguished Alumni Award from the UW Oshkosh Alumni Association for their widely recognized accomplishments for the good of public health.

Rettmann, graduating in 1997 with a double-major in international studies and religious studies, lives abroad with his wife in Tanzania working to contain the AIDS epidemic; while Abrahamson, a 1990 sociology major, works as an associate professor in the School of Nursing at Purdue University. 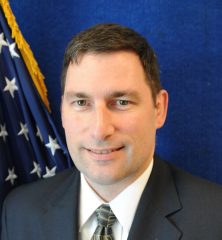 A diplomat for the benefit of public health
Working at the U.S. embassy in Tanzania, Rettmann serves as coordinator of the President’s Emergency Plan for AIDS Relief (PEPFAR). This alumnus, who received the Outstanding Young Alumni Award in 2005, was nominated by the late Kenneth Grieb, international studies professor and Model United Nations adviser at UW Oshkosh.

Since graduating from UW Oshkosh in 1997, Rettmann has dedicated his entire career to battling the ongoing global AIDS crisis. He began his commitment to public health in Botswana, Africa, working for the U.S. Centers for Disease Control (CDC) to set up HIV counseling and testing centers around the country.

This unique experience laid a course for him to further his work with HIV prevention in Guyana, South America, where HIV is less prevalent, but cultural issues foster an environment for the disease to spread.

With his religious studies degree, Rettmann understood the cultural dynamics at play in Guyana and used his knowledge to establish effective HIV prevention programs around the nation. For this accomplishment, he was recognized for Outstanding Young Alumni Award.

Since his award in 2005, Rettmann received a master’s degree in public health from Emory University in Georgia and has continued his in efforts advancing AIDS abatement.

As PEPFAR coordinator in Tanzania, Rettmann leads a team of more than 120 medical and public health professionals from the U.S. Agency for International Development, CDC, Department of Defense and Peace Corps.

“I credit much of my career success on what I learned participating on the Model United Nations team at UW Oshkosh,” Rettmann recalled. “Dr. Grieb oversaw one of the most successful teams in the world; turning out graduates who are far more prepared for business and government environments than students from other schools.”

Rettmann uses the diplomatic and consensus-building skills developed through Grieb’s Model UN team. Thanks to his roots at UWO, along with his Wisconsin farm-boy work ethic, Rettman has succeeded not only in leading a complex inter-agency collaboration but also in peaceful diplomacy with foreign governments.

U.S. Ambassador to the United Public of Tanzania, Mark Childress, described Rettmann as an excellent representative of the UW Oshkosh and the state of Wisconsin as a whole. Rettmann’s highly developed diplomatic abilities have allowed him to tactfully push the Tanzanian government to adopt policies for significant HIV/AIDS abatement. 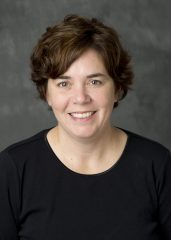 Advancing healthcare for an aging population
Abrahamson’s career has been shaped by the many educational endeavors she has pursued throughout her professional life, beginning at UW Oshkosh.

As an undergraduate, Abrahamson worked in several nursing homes as a nursing assistant and, as part of the sociology program, had an internship at an adult daycare. It was through these experiences that she became interested in gerontology, or the study of aging.

According to Gerry Grzyb, professor emeritus in the UW Oshkosh sociology department, Abrahamson exudes an extraordinary record of accomplishments that promise to greatly improve the care of the aging population.

After receiving a bachelor’s degree in sociology from UWO, Abrahamson went on to obtain an associate degree in nursing to become a registered nurse (RN). She also received a master’s in gerontology from Western Illinois University and later pursued a master’s and a doctorate in sociology from Purdue University. She has recently been named a Fellow of the Gerontological Society of America.

As an assistant professor in the Department of Public Health at Western Kentucky University and now an associate professor in the School of Nursing at Purdue University, Abrahamson’s research has made a significant impact in the study of gerontology and has influenced healthcare policy across the Midwest.

The sociologist’s proudest accomplishment has been her charge to reduce polypharmacy in nursing homes. Polypharmacy is the use of five or more medications daily, which not only can lead to negative health and psychological implications but also causes financial burden on individuals and public financing systems.

Abrahamson’s sociological background, a discipline that she discovered as a student at UW Oshkosh, has given her a unique edge in her field and provided the means to effectively tackle a very prevalent, complex issue affecting modern healthcare.

Jane Kirkpatrick, professor emerita of the College of Health and Human Sciences at Purdue University, describes Abrahamson’s effort and enthusiasm as a means to inspire her students to pursue nursing from a sociological perspective.

“As a professor at a ‘Big 10’ institution, I understand how rare and important student-faculty interaction is at the undergraduate level,” Abrahamson reflected. “I would not have become a sociologist if it had not been for the level of intense guidance I received at UW Oshkosh.”

The 2018 Alumni Awards Celebration will be held Friday, Oct. 19 at the Alumni Welcome and Conference Center, with a reception at 5 p.m., followed by the dinner and program beginning at 6 p.m. The cost of the event is $30 per person.