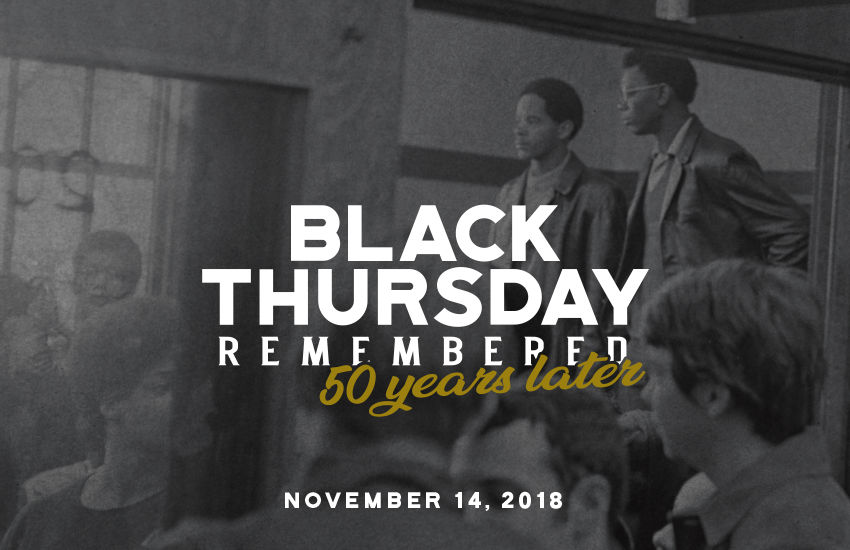 Fifty years have passed and the University of Wisconsin Oshkosh will reflect Nov. 14 on what is called Black Thursday—a day when 94 African-American students demanded equal rights on campus and protested in dramatic fashion until the tactics resulted in a mass arrest and expulsion of the students. 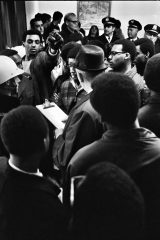 Many never returned to the University. Others continued their education elsewhere.

The event happened Nov. 21, 1968, and the UW Oshkosh campus will remember on Nov. 14, with events that include a reception and video detailing the Oshkosh 94 today as well as a dramatization of the historic events of the November day in 1968.

At least 34 of the Oshkosh 94 are planning to attend, along with numerous family members and friends. The Oshkosh 94 will be honored and bestowed with Chancellor’s Medallions as Chancellor Andrew Leavitt offers remarks and a presentation.

The next day, Nov. 15, the group will board a bus for a special campus tour and be treated to lunch at Blackhawk Commons. They will conclude the afternoon at the Multicultural Education Center in conversation with current UW Oshkosh students.

“All of the Oshkosh 94 who are coming to the event have expressed excitement about the honor that will be bestowed upon us,
said Sheila Knox, a member of the Oshkosh 94 and the Black Thursday Remembered planning committee. “It is a significant and important event in the history of the University and in Wisconsin.

“We understand because of our activism, permanent and positive changes have been made on campus that will benefit African-American students as well as all students.”

UWO history department chair Stephen Kercher has described 1968 as a time when the political winds were changing, and Black Thursday was one of the first social demonstrations to break out in Wisconsin.

“The city was on edge regarding racial politics and Black Thursday became a flash point,” Kercher told Laura McDonald of the Oshkosh Public Library in advance of a Black Thursday presentation Nov. 7 at the library. “It was a very divided moment in our nation’s history. There was this law and order notion that crime and student protest had gotten out of hand. When the incident happened, the knee-jerk reaction was to throw the students in jail and take away the key.”

A plaque marking the historic events of Nov. 21, 1968, hangs on the second floor of Dempsey Hall, near the west staircase. The plaque bears the names of the Oshkosh 94 who demanded better of the University and prompted “the entire Wisconsin State University System to examine their commitment to the black students they were actively recruiting.”

The plaque notes that the sacrifices of the 94 brought several reforms to the campus, including the creation of the Multicultural Education Center and a diversification of the faculty and curriculum.