Pastry chef and UWO entrepreneur chases passion, helps others grow their own food 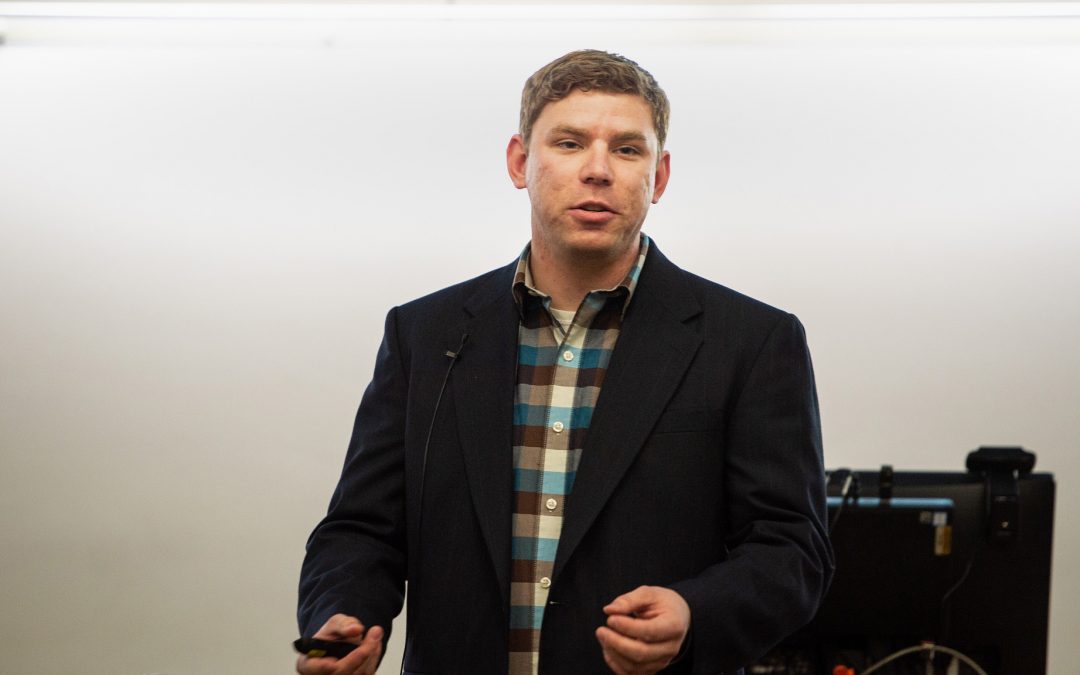 University of Wisconsin Oshkosh senior finance major Jon Bedell, of Naperville, Illinois, grew up cooking and baking in the kitchen alongside his mother, so it was no surprise when he first attended the Technology Center of DuPage in 2012 to explore the worlds of baking, pastry and hospitality.

“Through that program I found I loved working with pastry. They also hosted a SkillsUSA Baking Contest, where I placed first in Illinois and 13th in the nation beating out over 6,000 other technical students,” he said.

Bedell continued on his tasty educational expedition by enrolling in the Culinary Institute of America where he was extended a six-month internship at Chocolopolis in Seattle as an assistant chocolatier. Upon completion of his internships, Bedell traveled back to New York to finish an associate degree in occupational studies in baking and pastry arts.

Bedell began working 50-60-hour weeks as a baker, production shift manager and pastry cook in and around Chicago, commuting over an hour each way. One notable job was with Vanille Patisserie, where Bedell served as second lead on a team that made more than 1.2 million French macarons for Lincoln Park’s Victoria’s Secret store’s order on Valentine’s Day.

The jobs fed his passion for food, but Bedell hit a breaking point where he wanted something more from his career but lacked the additional business background to break out on his own. With the encouragement from his girlfriend, Bedell began to look in earnest for a bachelor’s program that was an accredited business program.

UW Oshkosh turned out to be the key that opened doors for Bedell. As a finance major, Bedell participated for two semesters in the Student-Managed Endowment Fund program, where he learned more about the evaluations you need to make to see the value of a company.

Pondering what type of company he should combine with his passion for pastry for his dream business led Bedell to enroll in the Alta Resource Center for Entrepreneurship and Innovation’s accelerator program. The program fosters entrepreneurial thinking and assists students in developing their ideas into successful businesses. 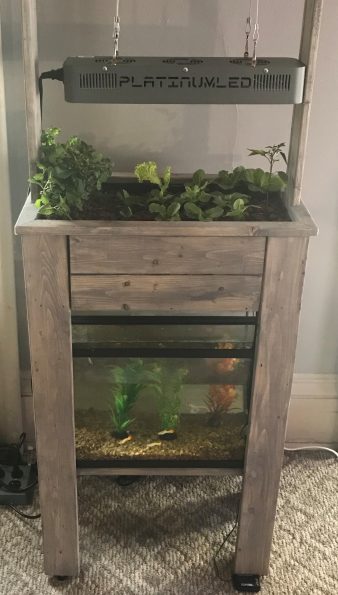 Bedell pitched an aquaponics system that combines conventional aquaculture (fish in tanks) with hydroponics (cultivating plants in water) in a symbiotic environment with the ultimate goal of creating space to grow his own food. The Elevator Pitch Contest and Culver’s business model competition on campus gave Bedell the opportunity to refine his business plan, accept feedback on his concept and begin work on a prototype.

“I gained insight and knowledge from this program, which is specifically designed to take textbook theory and bring it to life in the form of my very own company,” Bedell said.

On April 20, 2017, he registered his new company Pura Vita Aquaponics. With the help of two different engineers, UW Oshkosh botanists and his father’s workshop, Bedell began working toward success.

“When I began, my sole focus was just the growing end of things and creating the best light bar that I could. After the accelerator program, I started paying attention to the business end of things–design, manufacturing ability and the opportunity to bring it to a larger market,” he explained.

After graduating from UW Oshkosh on Saturday, Dec. 15, Bedell plans to continue working on Pura Vita Aquaponics while returning to his roots as a pastry chef for Trump International Hotel and Tower Chicago.