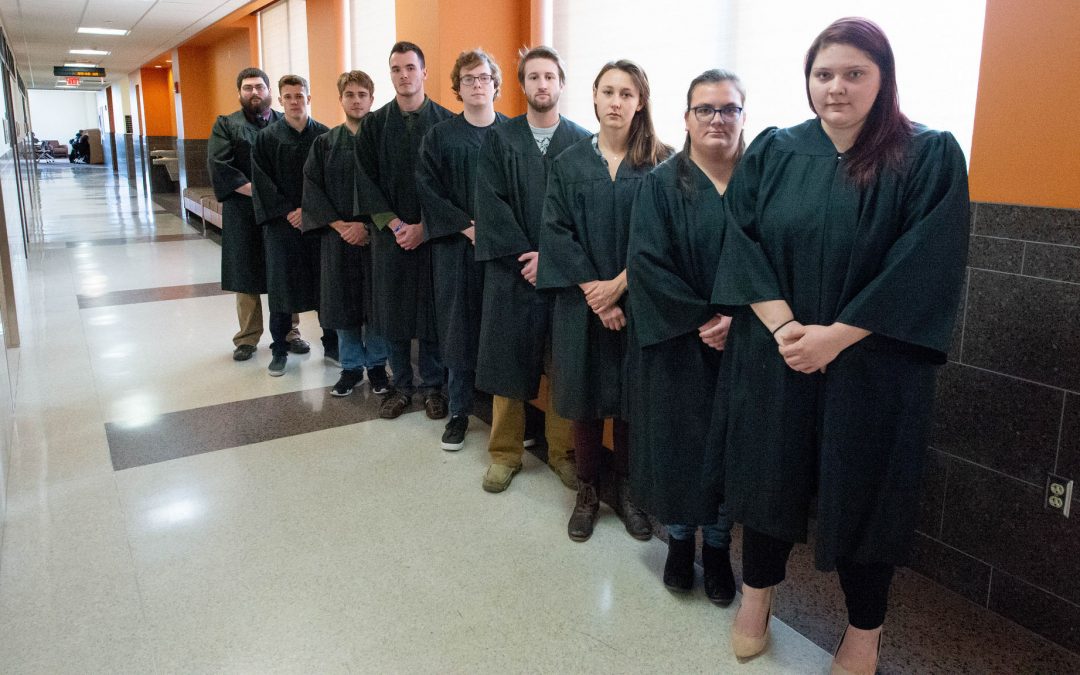 University of Wisconsin Oshkosh students focused on world issues in a simulation of the International Court of Justice for a project capping the semester.

The Jessup is a fictitious international law scenario that brings real-world issues forward. It gave the students in associate political science professor Tracy Slagter’s class a chance to apply principles of international law to argue their side.

While different every year, the Jessup is the world’s largest moot court competition with participants from more than 680 law schools in 100 countries.

Known for her class simulations, Slagter had undergraduate students tackle the Jessup problem, a yearlong undertaking typically reserved for graduate law students. Her class did it in seven weeks.

Slagter recognizes the challenge simulating the moot court can pose and relishes in it.

“Students want to be challenged and they want to have fun with what they’re learning,” Slagter said. “Simulations like this are the total package:  they’re fun, they’re difficult and they’re totally consuming.”

She said simulations allow students to practice skills that they will use no matter where they end up—skills including writing, research, collaboration, problem solving and public speaking. 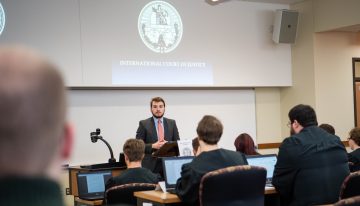 After grasping the fundamentals of international law during the first half of the semester, students set their focus on preparing for the moot court.

Legal counsel members worked on preparing compelling, fact-based arguments to present in front of the panel of judges, in order to persuade the court to rule in their favor.

Judges evaluated the positions of both sides, while asking relevant clarifying questions during their testimonies, keeping each side active and the courtroom lively.

Students view the exercise as a valuable learning experience in which they can apply their newly-acquired knowledge.

Junior political science major and moot court participant Dylan Gillespie said the simulation gives students who aspire to be future attorneys, the chance to work collaboratively as a team and listen to opposing arguments.

The simulation culminates all of the work of a upper-level political science course into a dynamic semester project, said Steph Liechty, an international studies senior in the course.

“I’ve done two simulations now, and every single time I learn something new,” Liechty said. “It not only teaches you something, but it makes you apply what you know.”