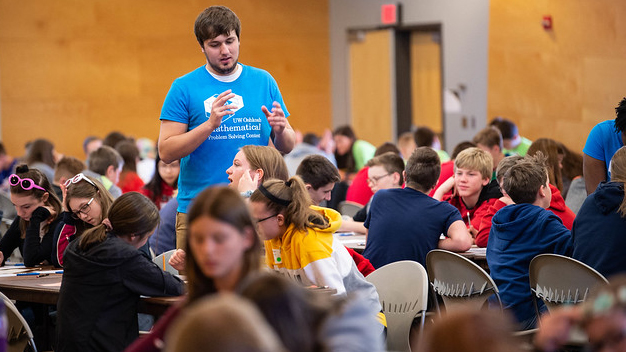 More than 1,200 middle and high school students and their teachers from 50 area schools across the state descended on the University of Wisconsin Oshkosh campus to participate in the third-annual Mathematical Problem-Solving Contest.

Organized by the UWO math department, the event is designed to motivate students showing an affinity for mathematics in grades 7-10 to explore future study and careers in mathematics and other STEM fields.

Math professor Eric Kuennen said the goal of the contest is to focus less on testing specific content and procedural knowledge.

“Math isn’t about memorizing the right formula to apply, instead math is about making sense of patterns and relationships. Students have an opportunity to showcase their ability to tackle and make sense of novel problems within a variety of concept domains, including number theory, geometry, probability and logic.” he explained. 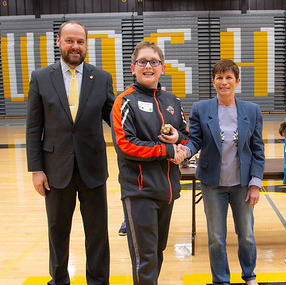 Students had the opportunity to compete in a 45-minute individual problem-solving contest as well as on a team. Trophies and medals were awarded to individuals, teams, and schools with the top scores in each division. Five students earned perfect scores on the individual contest. In addition to the contest awards, students with the top three scores in the contest were awarded a $2,00 scholarship if they enroll as full-time students at UW Oshkosh.