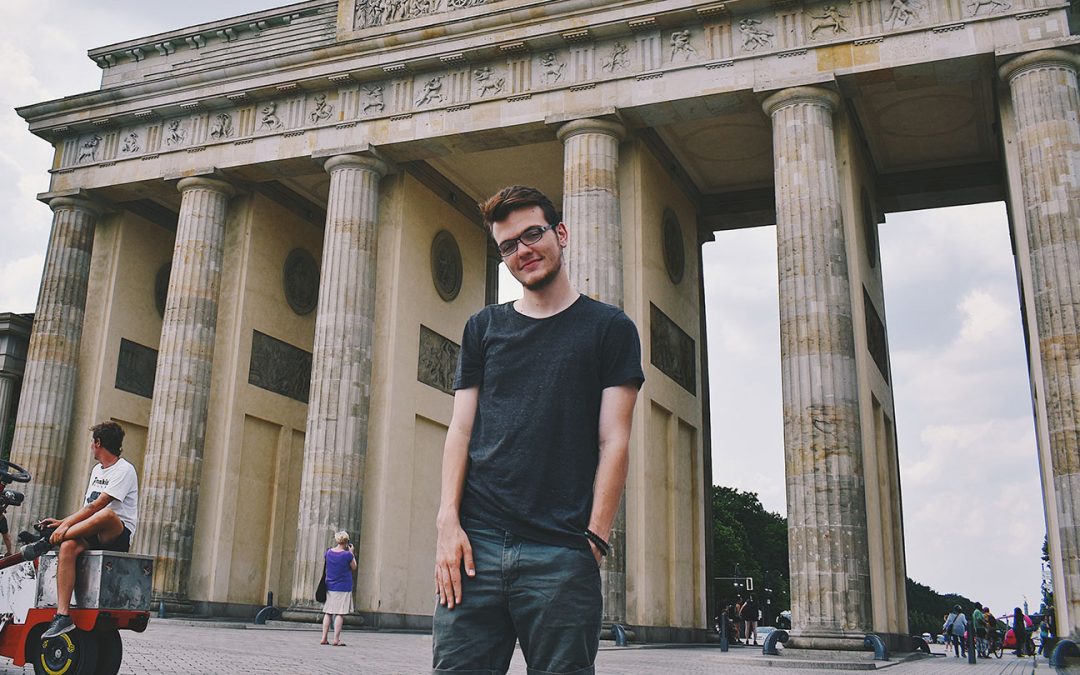 Experiences at the University of Wisconsin Oshkosh helped a first-year college student realize he wanted to pursue big things—with a passion that would take him to faraway places.

It’s now his senior year, and Max Honzik is ready to embark on a fully funded yearlong internship in Germany with the Congress Bundestag Youth Exchange (CBYX) for Young Professionals. He will serve as a “young ambassador” following graduation May 18 from UW Oshkosh. 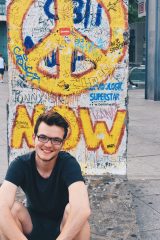 Honzik is well-prepared: he’ll have earned a bachelor’s degree in international studies with an emphasis in political science as well as a bachelor’s degree in German with minors in French and European studies. He’s received a Global Scholars Certificate, a distinction given students who have considerable global/international experience both in and outside the classroom.

“The goal of this internship program is to promote ‘soft diplomacy,’” Honzik said. “In essence, in order to promote closer relations between the U.S. and Germany, Congress and the German Bundestag (Germany’s main legislative body) decided to fund this program…and efforts to increase citizen-to-citizen connections that bring our two countries together. So that means my main job in Germany is to function as a young ambassador, working to make connections with Germans and represent the U.S. while abroad.”

Honzik, a native of Franklin, was notified to interview in Chicago, Illinois, after a rigorous application process that required five personal essays, two letters of recommendation and a number of other documents. His initial application joined nearly 700 qualified applicants from around the U.S. Of the 150 who had in-person interviews, 75 were selected for the program to go from the U.S. to Germany. Likewise, there were 75 selected in Germany to come and live in America for a year, as part of the exchange.

He learned he made the final cut during a class. 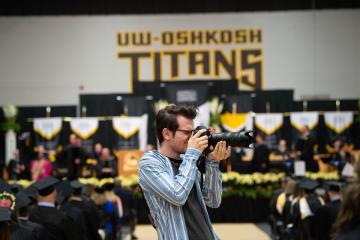 “The email came in during a student’s presentation so I had to suppress the urge to jump up and down in a frenzy,” Honzik recalled. “So instead, I just sat there for the rest of my class, with my hands over my mouth and eyebrows raised in disbelief.”

Honzik’s German teacher, Monika Hohbein-Deegen, noticed, and asked him what was wrong. She was shocked when she learned he was chosen in a first attempt at the opportunity.

“Anyone who knows me, knows that a program like this is a long-time coming for me,” Honzik said. “I started learning German at the age of 4, when my parents decided to place me into a bilingual education school. From early on, my obsession for all things German was there. Many of my friends have gotten used to me spouting out random German facts, for which they did not ask.”

Slagter said she could not have been more excited than if it had happened to one of her own children. 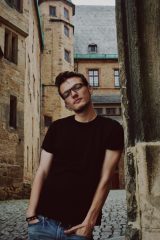 She was supposed to be in a meeting, but after hearing the news, messaged Honzik to come to her office immediately. She said they had lots of fun conversation about what the next year would hold for him.

“I love being there when students find out that their lives just changed—it’s amazing to watch,” she said. “Max just radiated joy that morning!”

She said he will be a perfect representative for UW Oshkosh in Germany.

Hohbein-Deegen, professor of German and international studies, said the process is extremely competitive and the year-long program in Germany will give Honzik an advantage in his career path.

He said he values the quality of UWO’s German and international studies departments for giving him the knowledge and tools to help him secure the position. Professors Slagter, Hohbein-Deegan and Elizabeth Wade-Sirabian were critical in that process.

“When I was choosing universities, it was either Oshkosh or Madison for me. I toured both, but when I toured UWO, I felt that it was just the right mixture for me, balancing the pros of both big universities and small college campuses,” he said. “I was still really lost when I came to campus, however I thought, at that point, that I wanted to be a doctor—thus, I was a biology major. As time went on, I realized that I had bigger passions to follow. . .and the desire to learn about more than just what was in my backyard led me to where I am today.”

Honzik said he is excited for the opportunity in Germany that will advance his future career. He leaves for a pre-seminar in Washington, D.C., before leaving for Germany July 31

His career aspirations seem to change often, but currently he would love to become an international video journalist who travels the world to write stories and film documentaries.

The first part of the program is approximately two months and involves a German language course that will help him improve German skills that he will use in later months of his stay.

He will study at a German university during the second phase of the program, taking audited courses in his field—media. He will learn how to write (in German) as a journalist and how the profession operates in Germany.

The last, and longest phase of the program, features an internship at a German company.

He said something he’s learned throughout the application process is that UWO students are capable of a great deal. And just because the campus isn’t Ivy League or part of the Big Ten, it doesn’t mean that students are not competitive and deserving of prestigious internships, jobs and/or spots in graduate schools.