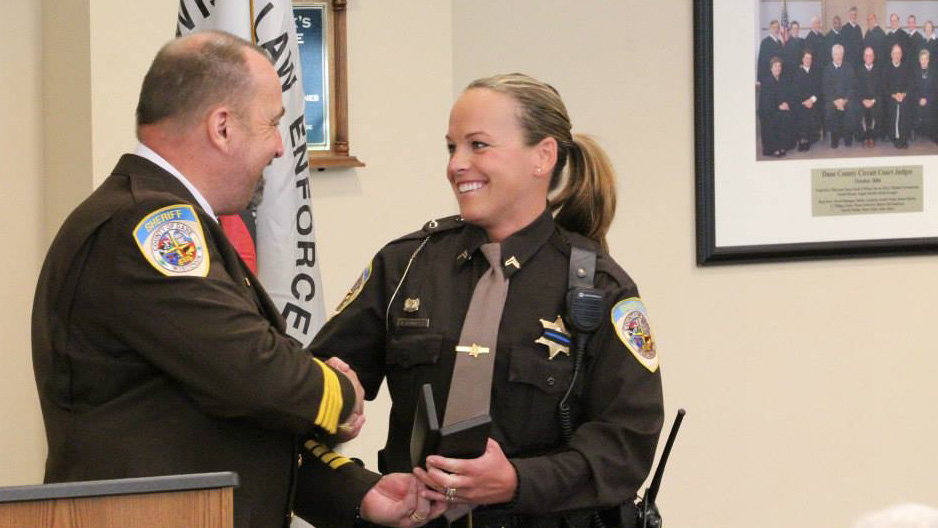 Hopp who has worked in the nonprofit arena and Longley in public service as a law enforcement officer are among those to be honored this fall with 2019 Distinguished Alumni Awards. 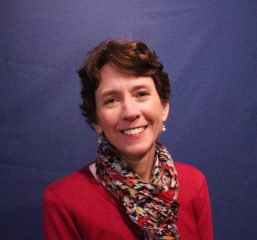 Hopp, of Black Hawk, South Dakota, completed a bachelor’s degree at UW Oshkosh, double majoring in criminal justice and economics, with a minor in business administration. Following her graduation from UWO in 1991, Hopp enrolled in law school and earned her degree three years later from Texas Tech University School of Law in Lubbock, Texas. As an intern, and after earning her law degree, she represented and advocated for those needing help: domestic abuse victims to migrant farm workers to persons with intellectual disabilities.

From 1995 to 2015, she worked for Voice of Reason (VOR), advocating for high-quality care and human rights for all people with intellectual and developmental disabilities and their families.

From July 2015 to May 2019, she was director of alumni and foundation services for National American University (NAU) and the NAU Foundation at Rapid City, South Dakota. There she managed and created student scholarship programs, awarding more than $150,000 to deserving students last year alone.

She was nominated for the UWO Distinguished Alumni Award by David Wendler, a professional colleague.

Hopp recently was hired as development director for Black Hills Works Foundation, where she is assisting in the management and organization of foundation fundraising operations, including oversight of the annual fund plan. She is continuing scholarship work and alumni communications with NAU on a part-time basis.

“Tamie understands that our alumni’s accomplishments deserve recognition and that providing engagement opportunities is key to creating a true alumni community,” said Ronald Shape, NAU president and chief executive officer. “She had taken ownership to build up our alumni relations program by instituting a mentorship program, a webinar series, a social media and web presence, an expanded annual award offering and events. Many of these efforts are ‘student-facing,’ which work to enrich the quality of education our students receive, helping to instill a ‘pay it forward’ culture.”

Hugo Dwyer, executive director of VOR, in his nomination letter for Hopp, said her talent lies in “her ability to understand people, to empathize with their situations and to motivate them toward solutions.”

Dwyer took over his position just after Hopp’s departure. He met Hopp when he became co-guardian of his brother who is severely intellectually disabled. He learned from Hopp how to advocate for his brother and become “his voice.”

While at UW Oshkosh, Hopp received a Criminal Justice Leadership Award, was on the Dean’s List, was the Student Legal Services director (1990-1991), and had an internship at the Winnebago County Jail.

She is a graduate of the President’s Leadership Institute National American University.

“My education and student experience at UWO most certainly prepared me for a career of servant leadership,” she said. “I left UWO with a confidence that allowed me to be ‘out front’ on issues that matter.”

Hopp grew up in Madison and UW-Madison “might have been the logical choice” after high school. However both her parents went to UW Oshkosh, her grandmother lived in Oshkosh and she had relatives in Neenah. 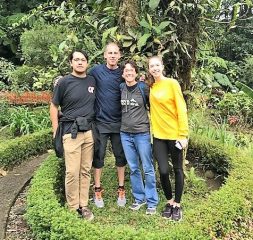 She said UWO provided a big step toward independence.

“UWO, from its exceptional facility to the friendships I made, eased me into adulthood in a safe and transformational way,” she said.

She was challenged and inspired academically and through an internship at the Winnebago County Jail that gave her the courage to accept opportunities that were out of her comfort zone. At UWO, she met her husband, Ron Hopp, who has been “a champion of her dreams and accomplishments.”

In her free time, Hopp enjoys spending time with her family, running, hiking, reading and volunteering.

Sun Prairie resident Josalyn Longley has worked for the Dane County Sheriff’s Department since she graduated from UW Oshkosh in 2000. She began as a jailer and moved to the community officer position and then to the active shooter trainer/emergency preparedness coordinator. She is a member of the department’s hostage negotiation team. Recently, she was a speaker at the Madison Go Red for Madison Luncheon, a fundraising event that raised over $240,000. 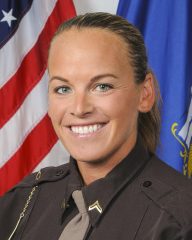 She was nominated for the UWO Distinguished Alumni Award by her former UWO softball coach and friend, Sharon Panske.

Longley’s supervisor, Lt. Alecia Rauch, in a letter of recommendation, told the story of an incident where a man shot out his television in a rage. The man was barricaded in his home and teams were working to communicate with the man. There were repeated telephone calls and messages on a public address speaker.

“As the night gave way to early morning, Josalyn checked on as a community deputy,” Rauch said. “Josalyn saw we were at this residence and immediately recognized that this was someone she knew from her community contacts. She put herself on the call and met us at the site. Josalyn had the man’s email contact and within seconds he responded to her email. We were elated we finally had contact with him. We learned what his fears were and worked to overcome those fears so he would exit his residence.”

The incident ended after 15 hours, thanks to Longley’s strong engagement with the community that allowed the man to trust what she was saying and ultimately come out of the home. Rauch said Longley kept contact with the man and offered support to him and his family. Rauch said when a vacancy occurred on the hostage negotiation team, Longley was an easy selection.

In 2017, she was lead negotiator when a suicidal woman with a gun in her hand. The woman, after some tense moments, surrendered and was safety taken into custody.

Longley said she is most proud of being named the Dane County Sheriff’s Office emergency preparedness coordinator. She took a vision from Sheriff’s leadership in 2016 to offer proactive training to the community on active shooter events. Her presentations are booked into fall 2019, conducting civilian active shooter trainings. She has  attended national training conferences in various locations around the U.S. and has presented training to her peers at the 2018 Wisconsin Sheriff’s Conference and the 2019 Wisconsin Association of Community Oriented Policing Conference. She provides “Stop the Bleed” training for citizens in Dane County.

“Josalyn started from scratch and put together an incredibly emotional, educational and thought-provoking presentation, which has only improved over time,” he said. 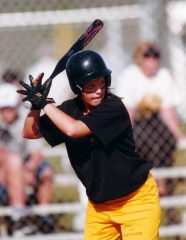 “I took a community policing/broken windows theory course at UWO and this course had a huge influence on my interest working as a community deputy,” Longley said. “Working 10 years as a community deputy, I feel very accomplished and enjoyed the positive contacts with the community. I give my college softball coach Sharon Panske credit for my hard work ethics and determination. She always pushed me to be better and not give up. As I look back on my career and my accomplishments, I know that I wouldn’t have achieved them without her.”

At UW Oshkosh, Longley was a student athlete, playing softball from 1996 to 2000. A four-year letter winner, she served as team captain for her final two seasons. In 2000, she was honorable mention all-conference and third team all-region.

Longley is married to Aaron Longley, a UW Oshkosh alumnus who played football for UWO from 1995 to 1999. In her spare time, she enjoys gathering with her family at their cabin in the north woods and watching her children play sports.

Hopp and Longley will be among those honored at UWO’s Alumni Awards Celebration on Friday, Oct. 18, at the Culver Family Welcome Center. The cost is $40 per person and includes dinner. For more information or to RSVP for the event, call (920) 424-3449 or send an email to alumni@uwosh.edu.