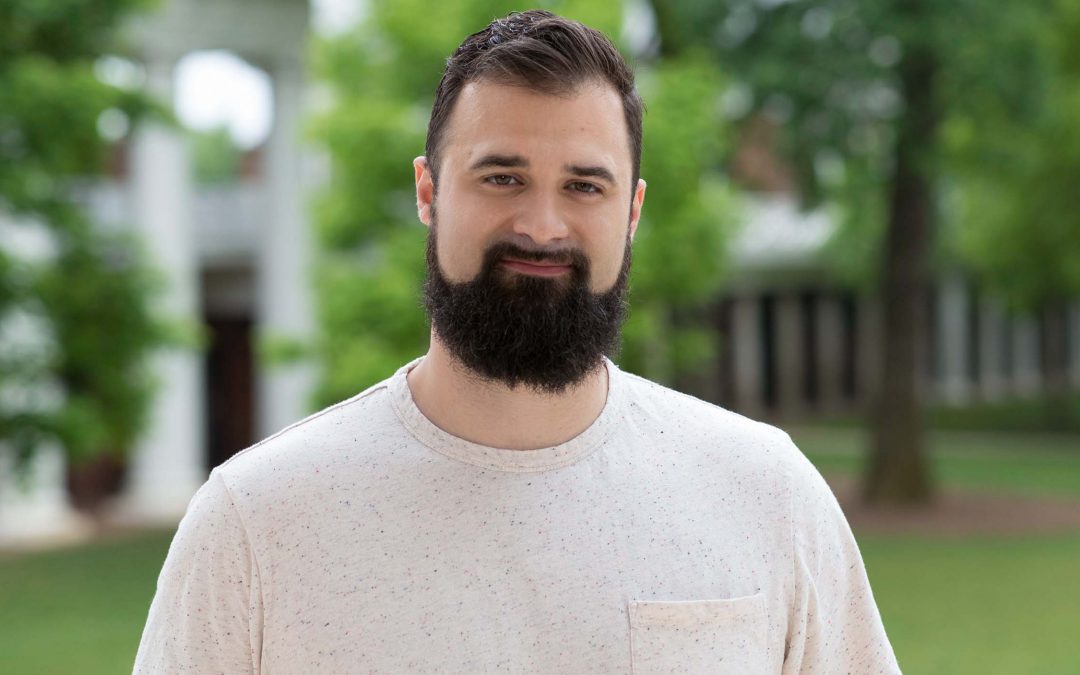 A University of Wisconsin Oshkosh alumnus has been selected to receive a Fulbright Scholarship to study Middle Byzantine monasteries in Greece.

Justin Anthony Mann ’13, of Oshkosh, a doctoral candidate in Mediterranean art and archaeology, is among 21 University of Virginia alumni and graduate students receiving Fulbright Scholarships offering research, study and teaching opportunities in more than 140 countries.

He will study the processes by which Middle Byzantine monasteries rose to prominence in central Greece through their multilevel construction, maintenance and exploitation of the landscape.

“Within the Byzantine Empire, the monastery as an institution had the potential to be far more than an isolated religious community,” Mann said. “Using concepts grounded in archaeology, anthropology and human geography, my research will explain the rise of the monasticism in central Greece during the Middle Byzantine period (circa 843-1204) using an interdisciplinary framework that focuses on the interaction between monastery and landscape.”

Mann said the Byzantine Era has always struck him as an enigma.

“It was the cultural inheritor of Rome and a key part of history for modern Greece,” he added. “Yet, it does not receive the attention of the Classics. The Byzantine monastery, in contrast, still remains an active institution. I think the questions that archaeology as a discipline ask can bring a lot to the study of an ancient empire and medieval monasticism.”

Mann is currently in Greece, but for a separate archaeological project in the country. He plans to leave for Greece for the Fulbright in early September and stay until August 2020.

Mann is the recipient of the Mellon Doctoral Recruitment Fellowship; the Buckner W. Clay Fellowship; and the East Carolina University Best Master’s Thesis in the Humanities. A graduate of UW Oshkosh with a bachelor’s degrees in history and anthropology in 2013 and East Carolina University with a master’s degree in 2016, Mann plans a career in academia.

“The Fulbright Research Scholarship will provide crucial funding for my dissertation project over the next year,” he said. “In addition, it will allow me to tap the vast experience inherent in the Fulbright alumni network.”

The Fulbright program gives recipients an opportunity to further their research, practice their teaching and meet new people in a wide array of settings.

During their time with the Fulbright U.S. Student Program, scholars meet, work, live and learn from people of their host countries.