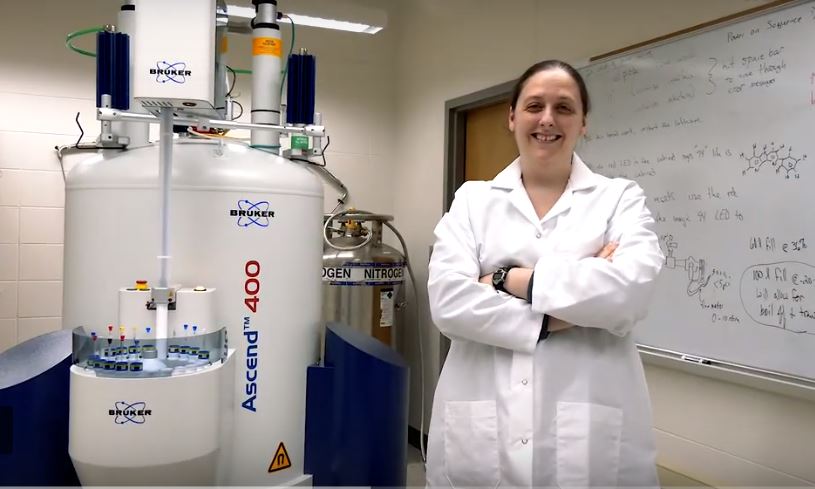 “Carbon dioxide emissions have been on the rise since the Industrial Revolution,” Gillette said. “It’s a huge problem that we need to solve.”

Finding an efficient and cost-effective way to recycle carbon dioxide would have both ecological and economic benefits. “[Carbon monoxide] is more reactive and thus more useful for producing chemicals of use … like synthetic fuels and plastics,” Gillette said.

Lense asked Gillette three summers ago if she would be interested in working on research together. Over the years, the two of them have formed a strong academic partnership that has allowed them to delve even deeper into their research.

“What [Kara] does for an undergraduate, I think, is really exceptional. It’s at the level of a graduate student,” Lense said.