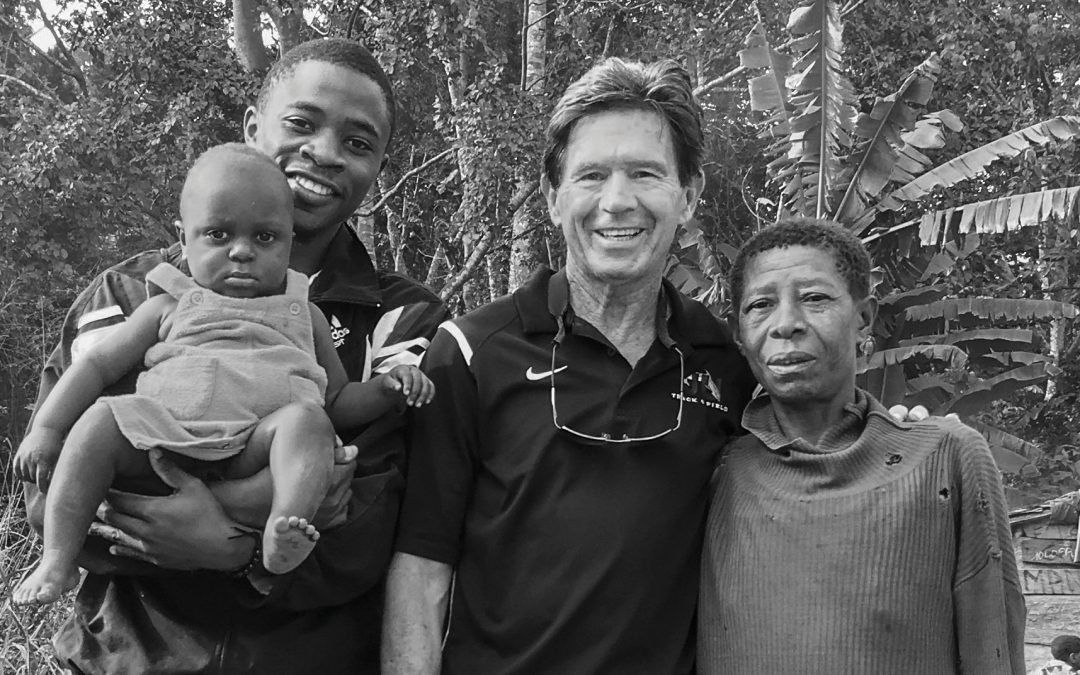 Two University of Wisconsin Oshkosh graduates who followed unconventional career paths to greatly benefit the health and well-being of others will be among the 10 honorees at the Alumni Awards Celebration on campus Oct.18.

For sociology alumnus Patrick Gaughan ’71, of Jacksonville, Florida, taking the road less traveled has truly made all the difference in his life as well as in the lives of hundreds of at-risk youth and poor children in the U.S. and Africa. He will receive a Distinguished Alumni Award from UWO’s Alumni Association for his efforts.

By his own admission, “poor grades” and “troublesome behavior” in high school made college a long shot until Gaughan’s guidance counselor—a priest—found a pilot program at UWO that accepted low academic success students on a summer school probationary basis. He completed the program and was admitted for the fall.

“The following years, 1967-1971, were not the easiest times to be a student, especially with my history,” he said. “The Vietnam War was devouring young people; protests and antiwar activities were raging. It was these events that helped fashion my career path. Sociology became of great interest to me as did the plight of the oppressed.”

During the course of his long career, Gaughan has lived and learned with a variety of people in diverse settings.

From 1978 to 2005, he worked in a number of positions with the City of Jacksonville from job development specialist to program supervisor and grant manager. Much of his work involved helping African American people and at-risk boys. For these efforts, he was awarded the city’s Robert O. Johnson Good Government Award.

“The award honors those who have given outstanding public service and have an exemplary reputation for integrity and honesty,” said former colleague Dawn Williams.

After 28 years, Gaughan decided to “reinvent himself.” Instead of embarking on a traditional retirement, he returned to school to become a registered nurse and decided to take his humanitarian efforts to a new level. He began to participate in short-term medical missions abroad and soon his overseas ministry grew.

“I discovered a whole new world, which has taken me beyond my wildest imagination into a land of mystery, intrigue and opportunity,” Gaughan said.

Today he serves as a physical surgical assistant and volunteer coordinator for WeCCARE Foundation at Hadassah Medical Center in Yaounde, Cameroon. Much of his work is with Dr. Sami Oben and Smile Train, traveling to central African countries to provide more than 500 cleft surgeries in the past five years. He also works with children in a Bible Club and at an orphanage and helps indigenous people acclimate from the forest to a farming lifestyle.

Gaughan attributes much of his success to his alma mater. “You could make a case that I owe my entire academic and career success to UWO,” he said. “I was given an opportunity and through the help of teachers, dormitory assistants, academic tutors and counselors, I not only survived the 1960s but also was able to turn adversities into opportunities.”

While Gaughan’s path took a quick turn following retirement, alumna Nardalyn Johnson’s educational journey was unique from the start with two bachelor’s degrees from UWO—one in management information systems in 2005 and another from the Accelerated Nursing Program in 2006. In 2012, she earned a master’s degree in nursing from Alverno.

“As a consultant, I can advocate for changes to policies and procedures to better support clinical documentation and help to define clinical workflows for providers and nurses in emergency departments and urgent care centers”

“The two degrees I earned at UWO have been the foundation of my career success,” said Johnson, who came from a family of nine children in St. Catherine, Jamaica.

“As a consultant, I can advocate for changes to policies and procedures to better support clinical documentation and help to define clinical workflows for providers and nurses in emergency departments and urgent care centers,” Johnson explained.

Outside of work, Johnson’s volunteer and service activities also are making a mark on the world. She is the director of the Joshua International Education Mission and she serves on the board
of the Kidonn Mission International in Canada.

“The partnership between these two charitable organizations allows me to be part of a larger international charitable outreach program serving the underserved communities in Jamaica,” she said. “The goal is to provide school supplies, clothing and other essential supplies to school-age children in need.” 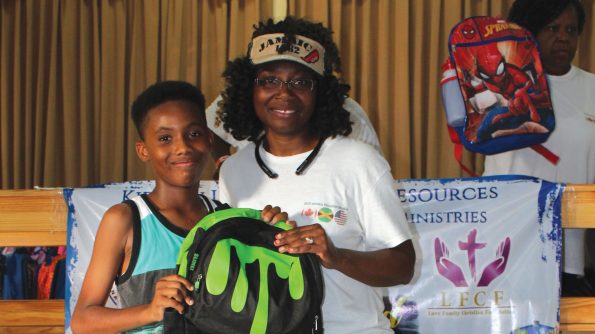 From 2012 to 2018, Johnson taught a rigorous introduction to healthcare informatics course for sophomore nursing students at UWO. She also has given back to her alma mater, along with her husband and fellow alumnus Alston Reece ’04 and ’05 MBA, by establishing the Johnson Reece Nurse Caring Scholarship.

Creation of the scholarship brought Johnson full circle as she had received support from the Doug and Carla Salmon Foundation while working on her nursing degree through the accelerated program.

“Looking back on Nardalyn’s amazing career and her use of all her degrees makes us proud and validated to have seen something special in her 15 years ago,” said Salmon scholarship coordinator Gloria Grandone. “We are so proud of Nardalyn’s work with charitable organizations to make an impact in her home country of Jamaica.”

Learn more about philanthropic giving to UWO at uwosh.edu/advancement.

Besides Gaughan and Johnson, eight top alumni will be honored with 2019 alumni awards:

For more information about the Alumni Award Celebration, contact UWO’s Alumni Relations Office at (920) 424-3449 or alumni@uwosh.edu.