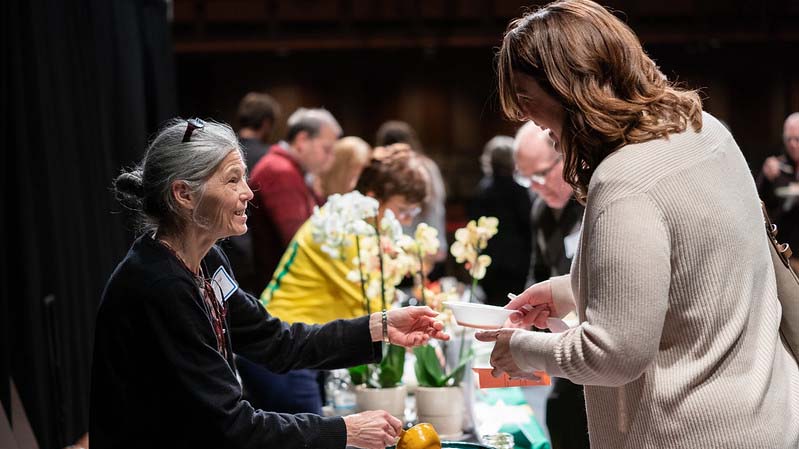 A food-sampling event made possible by dozens of community and celebrity chefs and bakers was the backbone of a scholarship fundraising event Nov. 2 for the University of Wisconsin Fox Cities Foundation. 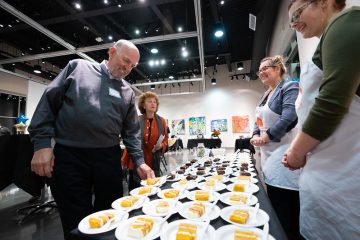 “While e.a.t.s. is one of our primary fundraising events, it does more than raise money,” said Thomas Frantz, UW Fox Cities Foundation interim director, who noted the event raises a great deal of awareness of the Fox Cities campus and its successes.

“Because of the large number of students assisting with e.a.t.s., it gives community members an opportunity to meet and interact with our students and hear their stories firsthand. Community members, leaders and government officials also get to meet us and learn about what happens on this campus. In some ways, besides the fundraising dimension, e.a.t.s. has become a celebration of this campus.”

Attendees were invited to sample food items and check out a silent auction and raffles as a way to support Fox Cities campus students at as well as staff development and campus enhancements. 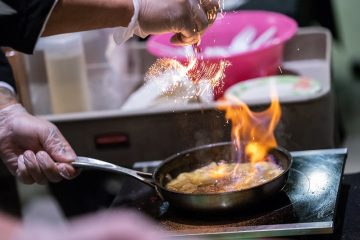 Since its inception, e.a.t.s. has helped hundreds of college students achieve their goal of higher education.