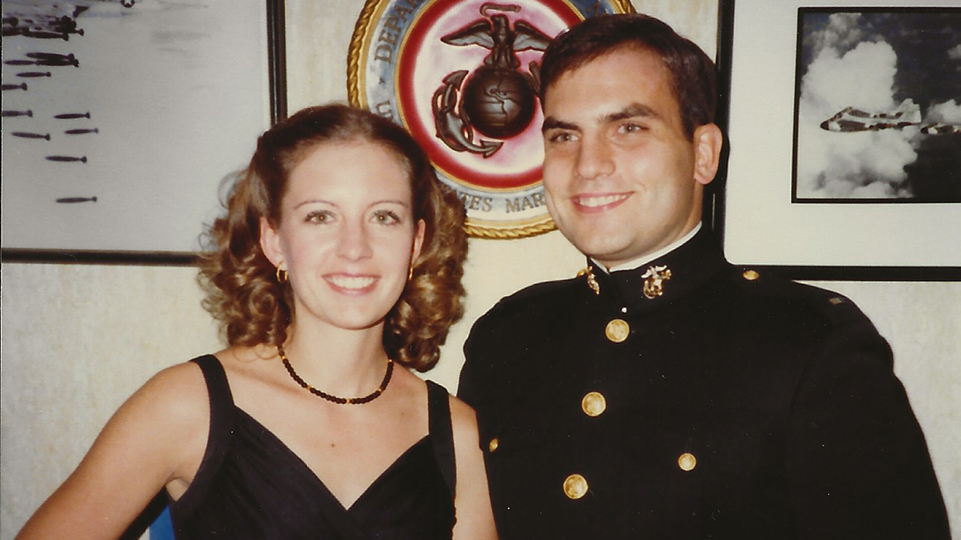 Chuck Christburg and Dan Weitekamp were classmates and members of the Delta Sigma Phi fraternity in fall 1974 when both happened upon a booth the Navy had set up in Reeve Union at the University of Wisconsin Oshkosh to recruit college students for the Navy officer program.

That encounter quickly sparked a dream of flying and became the first steps to what would become brilliant military careers for both.

“Over the next several weeks, Dan and I would talk about flying in the military while at the Delta Sigma Phi house,” Christburg said. “I called my dad who flew B-24s in the Army with the 453rd Bombardment Group in England alongside a young Captain Jimmy Stewart and he thought it was a great idea.”

Both Christburg and Weitekamp joined Navy recruiter Harry Zinzer at Wittman Field shortly after connecting with the recruiter. Zinzer took them for a ride in a Navy T-34B training aircraft and “flying loops, rolls and split-S acrobatics over Lake Winnebago” was all it took to get both hooked on flying.

A few months later, the U.S. Marine Corps set up a display in Reeve Union and Christburg realized they, too, had flying opportunities.

“That night I returned to the fraternity house and told Dan that the Marine Corps was at the union and  had the same flying opportunities as the Navy,” Christburg said. “We discussed the future of flying in the Marine Corps, and we weighed the options.” 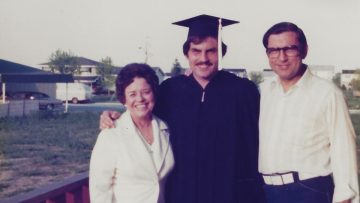 Chuck Christburg with his parents at his UWO graduation.

Although the pitch from the Navy was exciting, the thought of being a Marine became even more compelling for the duo. They later met with Capt. Mike Ennis and signed the papers for the Marine Corps and were sworn in at the Military Processing Station in Milwaukee in fall 1975.

With their decision made, Christburg and Weitekamp’s focuses shifted to completing their degrees and preparing for Marine Corps Officer Candidate School in Quantico, Virginia.

Both were commissioned as 2nd lieutenants at Quantico shortly thereafter and blazed impressive careers.

Weitekamp went on to become an accomplished helicopter and jet transport pilot, retiring from the Marine Corps as a lieutenant colonel. He then became a commercial pilot with PanAm, United and Jet Blue. 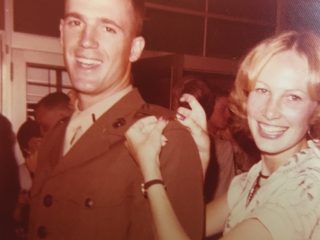 Christburg spent a short time flying jets in the Marine Corps before transferring to become a Marine Corps Intelligence Officer. Specializing in intelligence support to amphibious special operations and space systems support to the warfighter, Christburg retired as a lieutenant colonel and continued his career with the Department of Defense at NORAD and United States Northern Command in Colorado Springs, Colorado.

Christburg and Weitekemp crossed paths only twice during their careers, once in 1978 at NAS Whiting Field in Milton, Florida, when Weitekamp received his Naval Aviator wings of gold and orders to fly the UH-1 Huey helicopter and once more in Camp LeJeune, North Carolina.

Despite that, Weitekamp continues to be ever grateful to Christburg.

“I’ll never forget that day when you told me the Marines were down at the student union recruiting officers,” said Weitekamp in response to a Facebook post by Christburg. “The rest is history.”