Titan football game against UW-Whitewater to be televised 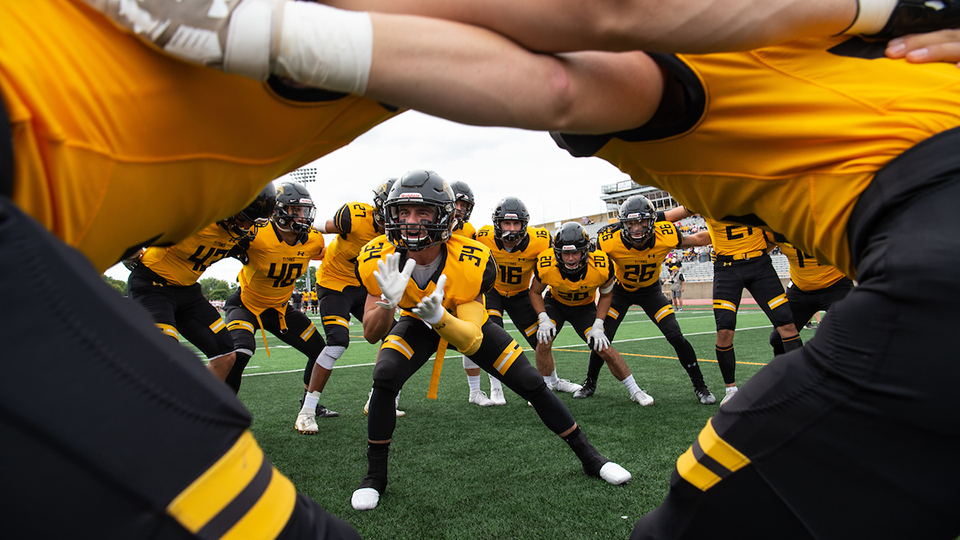 The live broadcast will originate on My24 Milwaukee to Milwaukee, Whitewater and the southern portions of the state with a simulcast on TheCW14 for audiences in Green Bay, Oshkosh and Northeast Wisconsin. Check local listings for the viewing options in your area.

Bob Brainerd will handle the play-by-play of Saturday’s contest and Dan Brunner, executive director of the Wisconsin Football Coaches Association, will serve as analyst.

UW Oshkosh enters the 112th meeting of the series listed second in the WIAC football standings with a 5-1 league record (7-2 overall). The Titans, vying for their fourth conference championship in the past eight seasons, reached the national title game in 2016, the semifinals in both 2012 and 2017, and the quarterfinals in 2015.

UW-Whitewater sits atop the conference with its 6-0 league record (9-0 overall). The Warhawks are vying for their second straight outright conference title and 12th overall league championship since 2005. UW-Whitewater secured at least a share of this year’s WIAC title with last Saturday’s 37-17 victory over UW-Stout. The Warhawks, who advanced to the national title game nine times from 2005 to 2014, claimed Division III championships in 2007, 2009, 2010, 2011, 2013 and 2014.

Saturday’s finale features the top two defenses in the conference as UW-Whitewater is allowing a WIAC-best 14.1 points per game while UW-Oshkosh yields 17.9 per contest.

The Titans, scoring 25.3 points per game, have won 26 straight regular season home games while the Warhawks, averaging 31.1 points per contest, have not lost a WIAC road game since a 37-20 setback at UW Oshkosh on Sept. 30, 2017.

UW-Whitewater owns a 77-29-5 record in the series with UW Oshkosh after a 20-0 home win over the Titans last year.

Fans can also follow Saturday’s game via live statistics, live on television (channel 57 in Oshkosh and 71.1 on the UW-Oshkosh campus) and online through Titan TV, as well as live audio on both WRST 90.3 FM (Oshkosh) and KOOL 106.5 FM WKCH (Whitewater).