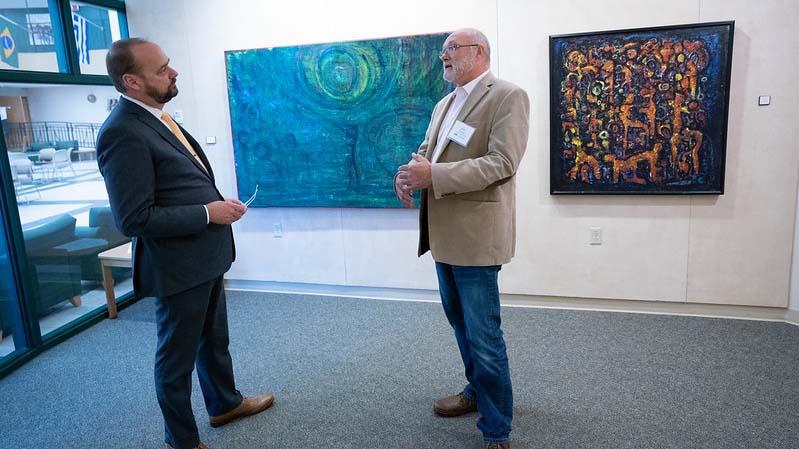 An exhibit at the University of Wisconsin Oshkosh, Fond du Lac campus brings Richard Norenberg, of Fond du Lac, back to the place where his love for art originally was nurtured.

The art exhibit, Looking In–Looking Out, is on display in both the Oberreich and Visual Art galleries on the Fond du Lac campus through Friday, Dec. 6. A closing reception will be held from 5 to 7 p.m. Dec. 6 in the Oberreich Gallery, 400 University Dr., Fond du Lac. 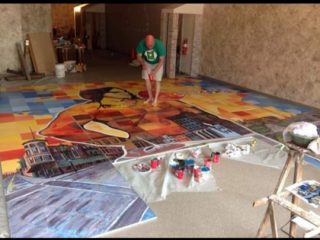 Norenberg began his college studies on the UWO, Fond du Lac campus (formerly UW-Fond du Lac) in the early 1980s, mostly as a part-time student while also working various part-time jobs. It was the affordability that first drew him to the campus in his hometown. Ultimately, he found much more.

“I initially decided on UW-Fond du Lac because it was affordable, but it wasn’t long before I realized I was not only receiving a top-flight education, I was developing relationships that improved the overall quality of my life,” Norenberg said. “My focus was art–taking every art class offered.”

He took those art classes with long-time former UW-Fond du Lac Art Professor William Griffiths, who passed away in 2013. Known as “Griff” to his students and friends, Norenberg said they became life-long friends.

“Griff wanted me to ‘loosen up’ as I took several drafting classes that demanded precision,” Norenberg said. “It’s why I think I now love abstract work and appreciate the challenge required to break a plane into shapes while filling those shapes with color and having it all hold together in a composition that makes sense to our mind.”

Because of his art training at the Fond du Lac campus, Norenberg said he was able to study abroad at Ealing Art College in London, England, focused on three-dimensional work and photography.

From the Fond du Lac campus, he transferred to UW Oshkosh and earned a bachelor’s degree in social sciences in 1987.

“That education led me to learn that all skills are transferable, and I developed my professional identity as a social worker becoming licensed as a certified social worker serving in the mental health field,” he said.

He went on to earn a master’s in education in 2004 from UW Oshkosh, leading to licensure as a professional counselor. He is in private practice in the Fond du Lac and Oshkosh communities. 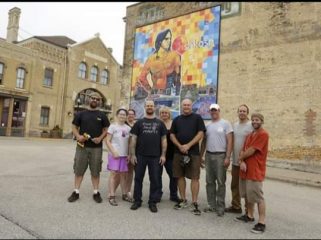 In the Oshkosh community, Norenberg was part of a group that worked with city leaders to accept public murals and has contributed to or led the creation of five separate murals. The most prominent is “Spirit of Oshkosh,” located downtown near the Grand Opera House.

Encouraged to pursue art from a young age, first by his mother (Catherine) and later by several teachers, he has been connected to art throughout his life. But it wasn’t until 2009 that he began painting. It is a selection of his paintings that are currently on exhibit in the two galleries on the Fond du Lac campus. The exhibit opened during a UW Oshkosh alumni and friends reception held on the Fond du Lac campus in late October.

“I have so many great memories from being at UW-Fond du Lac,” Norenberg said. “From an artist perspective, I will never forget watching the sun move on the tree tops of the ledge from the window of the old art building. Studying the light while listening to Griff say things like ‘ummm…you see that man?! Look…right there…notice how the sunlight just dripped right in there on the top of those trees? Wow, man, just wow!’”

Norenberg said the Fond du Lac campus offered direct contact with instructors not offered at larger schools. “And, now, just a short 35 years later, I am showing my art where it all began. To me…it’s a dream come true,” he said.