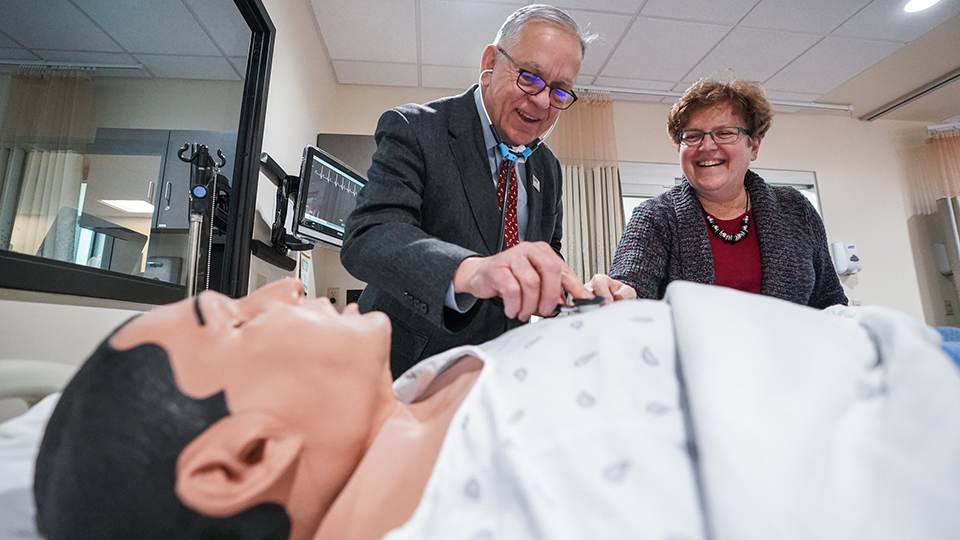 Regents Jose Delgado and Becky Levzow, who made a stop at the UWO campus Feb. 13, spent an hour talking with a roomful of students at the Multicultural Education Center. The Regents wanted to hear about the students’ experiences and how they decided to attend UWO.

“It’s been great,” Regent Levzow said at the conclusion of the daylong visit. “I’ve only been on this campus a couple of times. You have a great campus―there are so many positives.”

One segment of their campus tour included a visit to the nursing program’s simulation lab. Levzow, who helps run a 180-cow dairy and works in healthcare in Madison, called the nursing program “just amazing.” She said she was impressed with the approximately 200 student organizations, strong student government and student initiative to organize the newly-opened food pantry. She believes students are being trained for success in the workplace and to be strong contributors in their communities.

First year student Yingyakia Vang of Oshkosh, majoring in human services leadership and minoring in Spanish and psychology, told the Regents she felt a connection to professors and 46 other students who were part of the Titan Advantage Program―making connections prior to the start of school. Vang lives at home and said she makes a point to be part of activities on campus to make the most of her college experience.

Delgado asked if it was easy to meet people and students in the room said it was and listed countless clubs and events available. Students said they felt safe and were happy with their choice of UW Oshkosh.

Walsh was given a campus tour with Chancellor Andrew Leavitt that included a visit with a student team that developed Hive Central to try and prevent winter die-off in bee colonies and a visit with Joseph Peterson and student Shannon Brink who collaborated on T-Rex research. 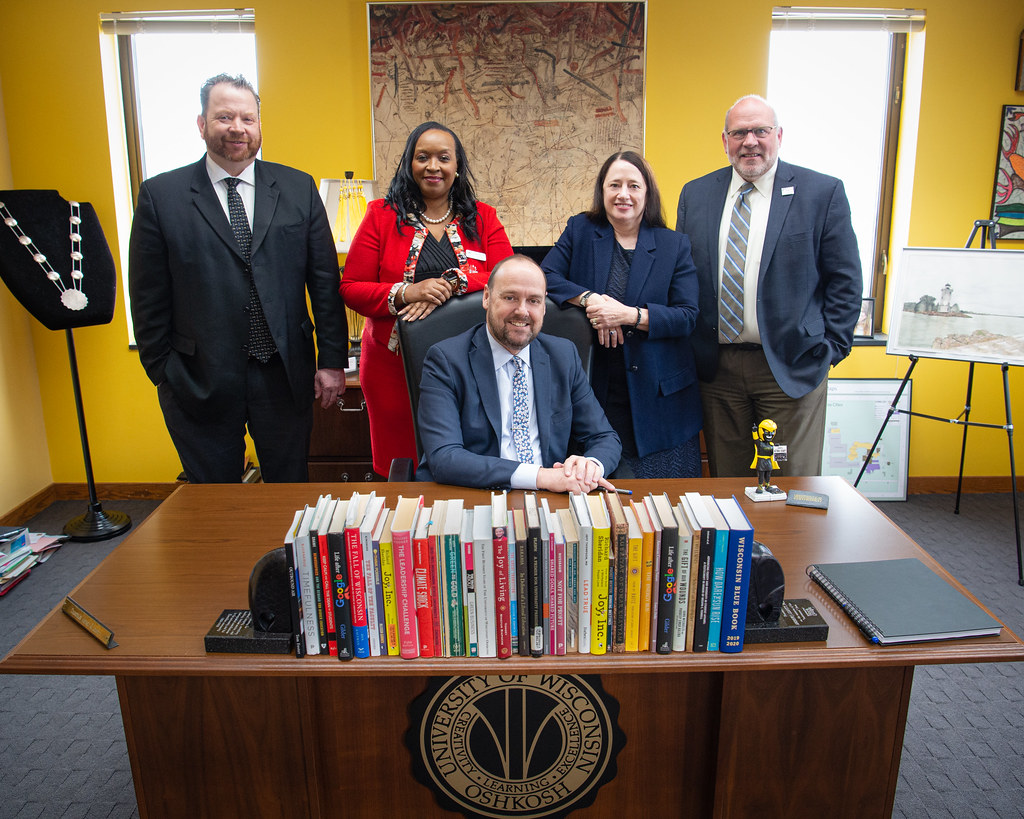