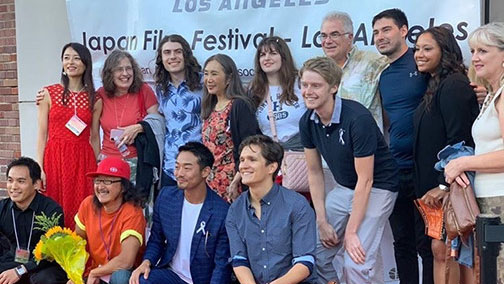 The Wisconsin premiere of the independent feature film Another Yesterday will take place at noon on Saturday, March 7 at the Green Bay Film Festival.

Written, directed, and edited by Radio-TV-Film alumnus Steven Heil (who recently won the Award of Outstanding Excellence in Direction at the Depth of Field International Film Festival), the film is produced by RTF professor Douglas Heil and Diane Vlajcic Heil. Douglas also wrote the music and lyrics to the award-winning song at the heart of the story’s mystery. 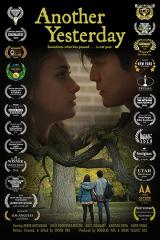 The narrative centers on a Japanese-American high school student who spars with his father while forging a bond with two social outcasts — one who is bullied because he is gay, and one who claims she is being followed by a spirit.

To date, the film has won 49 awards in national and international film competitions. A posted Prisma Rome Independent Film Awards review described Another Yesterday as “a multi-layered story that also presents an interesting and innovative mixture of different genres, from drama to coming-of-age to horror. . . . As the plot reaches its climax, (the story) becomes a powerful metaphor on love and reconciliation.”

Matt Verboys, Co-Director of the Sleepy Hollow International Film Festival wrote: “It’s rare that a film uses genre as a vehicle to tell an important, thoughtful and ultimately uplifting story. Another Yesterday manages to do all those things.”

Award highlights include Best Film of the Festival at the Manhattan Rep’s STORIES Film Festival, Best Feature at The Network Film Festival in New York, Best Cross-Culture Award at the Japan Film Festival Los Angeles, and Best of Show in Drama at the Depth of Field International Film Festival in Nassau, Delaware. To date six different actors have won recognition for their work, as have eight crew members.

More information on the film is available through the film’s website at anotheryesterday.com. Heil’s song can be listened to at uwosh.edu/facstaff/heil/music-lyrics.

Ticket reservation info is available (the Festival recommends sending an email to info@gbfilmfestival.org for reservations). Tickets are $7 for adults; $5 for students.