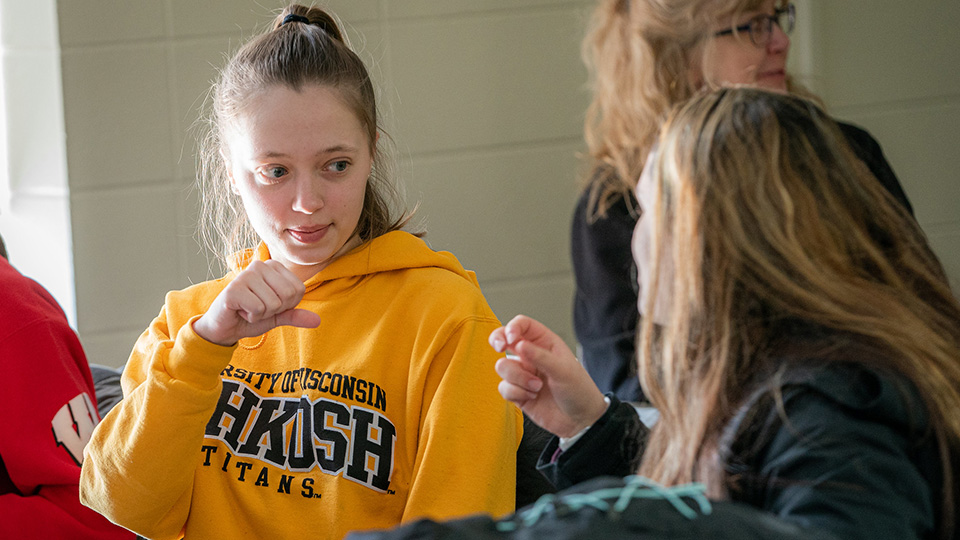 If the chance to start learning a new language for free and in a fun and welcoming environment won’t lure you in, maybe the bowl of candy will.

It’s a simple but effective pitch made every semester by the two University of Wisconsin Oshkosh professors who run the Sign Language Club but, truth be told, the opportunity kind of sells itself.

“One thing I think is really neat about the club is that it really is learning just for learning’s sake,” said Tom Fischer, a special and early childhood education professor who coordinates the Sign Language Club with colleague Denise Clark. “There’s no credit. There’s no requirement to be there. There’s no homework and there aren’t any tests. It’s just people who enjoy learning about sign language.”

This semester the club meets from 3 to 4 p.m. Thursdays in Nursing Education 148A. The first session was Feb. 13 and it runs through May 7. Anyone is welcome, from students, faculty and staff to the general public. It’s free and can be an easy way to brush up on American Sign Language (ASL) skills or start from scratch.

“ASL is a beautiful language and culture,” said Clark, a special education professor. “It is important to improve access to learn this language.” 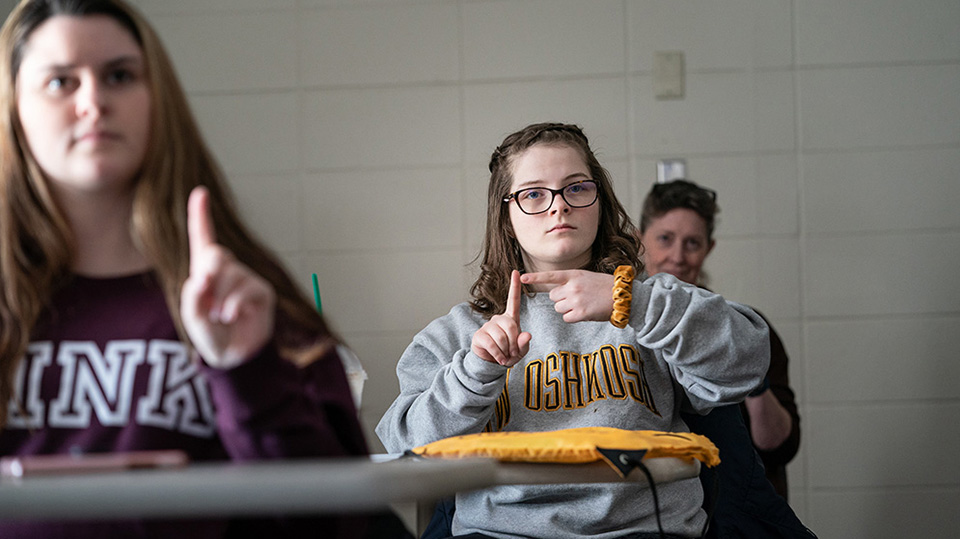 A way to connect

Activities during the semester’s first gathering last month included a run through the ASL alphabet, a sign-only meet-and-greet among neighbors, a sign-along to a John Mayer video and, to the delight of many, the casual passing of a bowl of sugary treats. Just because.

The club also can serve as a gateway or a supplement to the ASL program at UWO, which features five different classes that amount to a 15-credit certification. Students with a global language requirement have the option of taking ASL courses. The trio of ASL I, II and III are three credits each and together meet that need.

Fischer and Clark are among those who teach the ASL classes. Fischer said ASL is popular among early education students because some children will learn to sign before they learn a verbal language. Of course, it also is helpful for communication with anyone with partial hearing loss or who is deaf.

The UW Oshkosh Student Association-recognized club has a history that reaches back more than 15 years. It was first launched by Fischer in 2004 as a way to revive ASL at UWO, after the disbanding of the department that previously offered it.

He remembers that first semester, hanging fliers around campus and not knowing what to expect. Between 15 and 20 students showed up and things went well. Clark came on board soon after, and the two have divvied up the work ever since.

Over the years they’ve had as many as 75 people show up for sessions. Rounding up enough chairs is sometimes part of the routine. This past fall about 50 came for the initial gathering, though it’s typical for numbers to drop off as the semester wears on.

Another skill in the set

While the certificate handed out at the end of the semester for being a part of the club isn’t an official indication of achievement, the learned skills can still be carried on and used out in the world. Attendees will be far from fluent, Fischer said, but they’ll likely be able to finger-spell almost anything, be able to sign numbers and have a vocabulary of about 200 words.

“Students do include it on their resumes,” he said. “That doesn’t sound like much as far as communication ability but just having someone in a work situation who is willing to try—who will finger spell their name and say hello—just doing that can be helpful. If you work at a restaurant and you’ve got a customer who is deaf, just doing a little bit of sign language actually makes quite a bit of difference.”

Fischer also said the opportunities for learning ASL basics are few and far between.

“There aren’t many community offerings. This is as good of one in the Fox Valley as you’ll find,” he said. “ … For parents it can be frustratingly hard to find programs that will offer sign language for people. Especially free—with candy!” 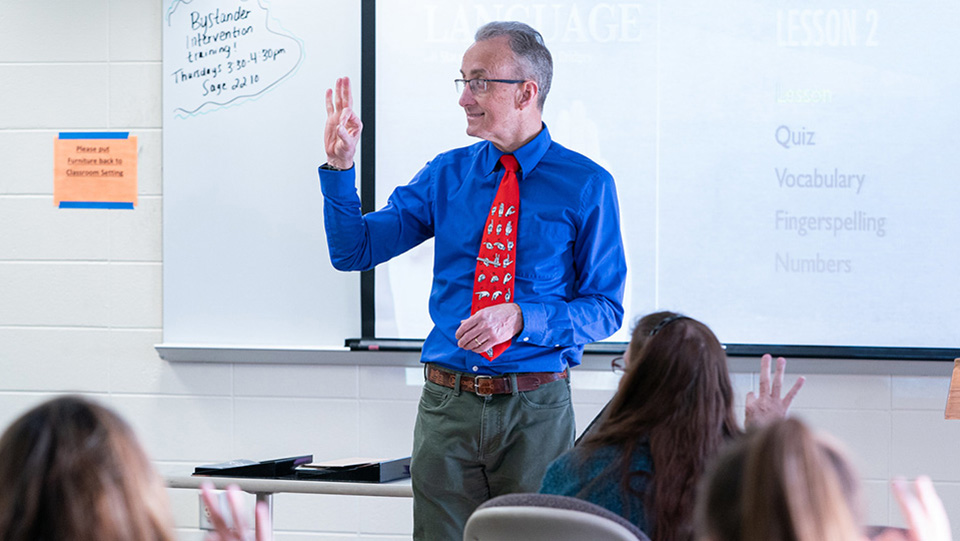