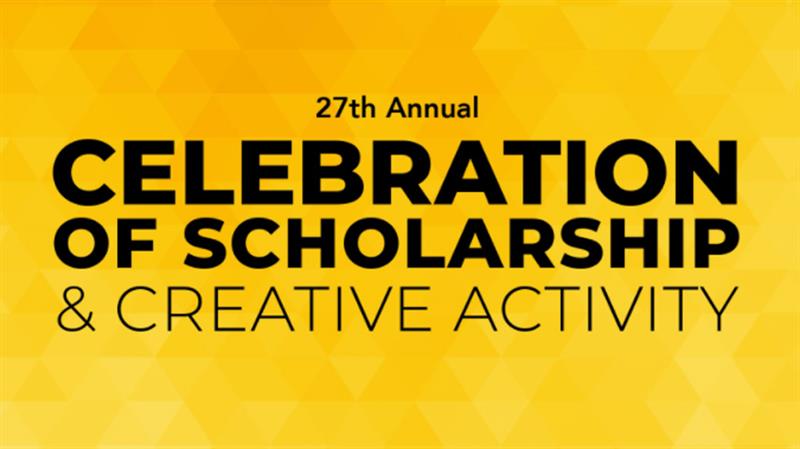 The University of Wisconsin Oshkosh’s Celebration of Scholarship and Creative Activity showcases months of work. When coronavirus closed campus, students were left wondering if and how they would present their research.

A unique, virtual format was devised, with students showing not only their research but also their ability to adapt and rise from obstacles presented over the past two months.

The Office of Student Research and Creative Activity (OSRCA) worked with University Marketing and Communications to present a digital experience that will remain available through 9 a.m. Saturday, May 2. Visitors are asked to submit questions and leave respectful comments at the bottom of student pages.

“Thirty-three research posters, 11 oral presentations and a few performances are all in the offing, designed with student headshots, quick pitches and testimonials that will bring the digital experience as close to the real thing as we can get,” said Stephen Kercher, interim OSRCA director, who noted that a special Provost’s Award Ceremony will be aired on the UW Oshkosh YouTube channel at 4 p.m. Friday.

Kercher said he has been impressed with students’ ability to complete their research projects under adverse conditions and adapt to the new format of presentation.

“Among many other great attributes shared by our student Titans is resiliency, to be sure,” he said.

Avis Mueller, a senior from Andalusia, Illinois, who majored in anthropology and minored in history, has presented a poster on her forensic research that studies the shape of a skeleton’s upper jaw as it relates to ancestry.

“Forensic anthropologists are able to help determine the identity of unknown individuals, identify any trauma on the skeleton and properly recover remains from the site, among other roles,” Mueller said.

She spent hours with her mentor Jordan Karsten, a UWO biological anthropologist, analyzing and photographing hundreds of human crania—skulls without a mandible (lower jaw). Her work was with the maxilla bone, where the upper jaw is, and did not necessitate the presence of the mandible. 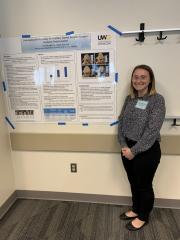 The two gathered data at the Hamann-Todd Osteological Collection at the Cleveland Museum of Natural History by visually analyzing the crania and recording observations and taking photographs for future reference. After returning to campus, Mueller and Karsten were able to use the photos and recorded information to further analyze and draw conclusions with statistical analysis.

“This was the first research project like this that I have done, but it won’t be the last,” Mueller said.

Mueller presented her research at the Midwest Bioarcheology and Forensics Anthropology annual conference last fall at Grand Valley State University in Allendale, Michigan, and hopes to have it published.

Aspiring to be a professor, Mueller hopes to attend graduate school and pursue more anthropology research – particularly in warfare and human violence. She expects to graduate from UW Oshkosh in December.

Joshua Grunske, a graduating senior from Appleton who is majoring in political science and minoring in public administration, will present his research on Cold War Era British Prime Ministers. 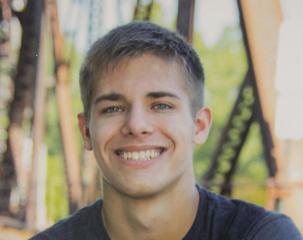 Grunske continued and expanded the Social Contract Theory of Michael Jasinski, assistant professor of political science at UW Oshkosh, who served as his mentor.

Grunske said he had never done such extensive research.

“I spent hours every day for a semester researching and reading the memoirs of prime ministers,” Grunske said. “Although exhausting at times, I finished my research very satisfied with my findings.”

Time management skills were imperative as hours spent on research made it challenging to balance other classwork.

In his research, Grunske needed to understand the preferences of British prime ministers and the political atmosphere of the country.

“The research I have completed helps to predict how leaders will respond to changes in the political atmosphere based on their preferred social contract, what policies leaders will pursue based on their preferred social contract and how a country’s political atmosphere impacts who comes to power,” Grunske explained. He is continuing the research as it relates to the election of U.S. presidents Franklin Roosevelt and Dwight Eisenhower who wanted policies that benefited the poor, but needed and gained support of elites.

The findings help people understand the past and predict what may happen in the future.

Aspiring to work with a think tank, non-profit or government agency, Grunske’s ultimate focus is on alleviating human suffering and preventing death.

He will continue his education in fall at the University of Rhode Island’s master’s program in international relations, specializing in peace studies and diplomacy.