With graduates working all around the country, the RTF alumni network is a powerful asset 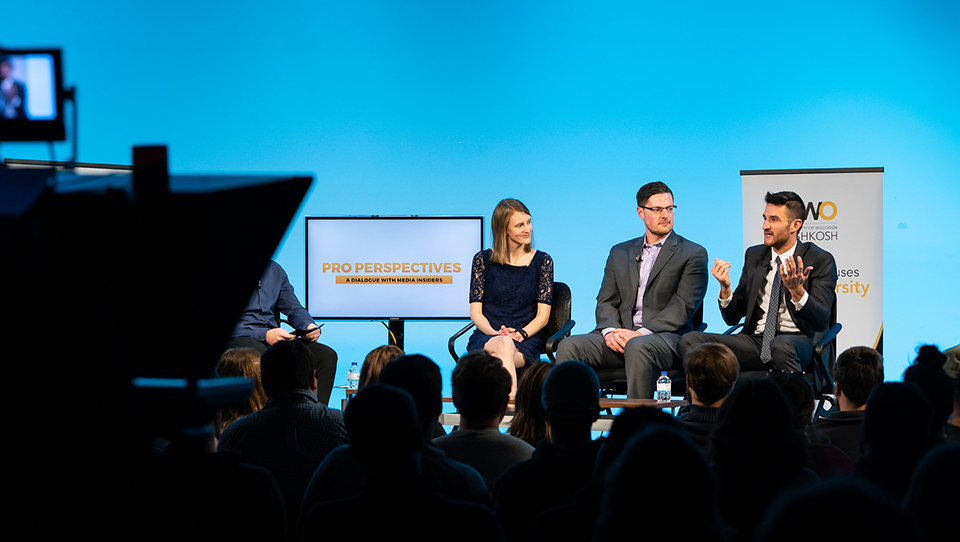 The University of Wisconsin Oshkosh first added radio TV film curriculum to its offerings in 1964 and has since graduated nearly 2,200 students in its 56-year history. With graduates working for radio and television stations around the country as well as for well-established television networks, RTF alumni form a powerful network.

For the soon-to-be graduates who are about to dive into the working world and for the recent-to-long-ago grads, having that strong UWO connection around the country is an added bonus to both professional growth and job opportunities. 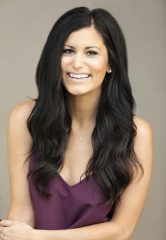 Recent UWO Outstanding Young Alumni award winner Paige Bonanno ’14, who is currently a writer and producer for ABC Entertainment Marketing, credits the UWO Los Angeles Alumni Chapter for helping her get her start in LA.

“The LA Alumni Chapter is a great resource for connecting with other UWO grads,” Bonanno said. “It’s been a great support system and I know I can always reach out for advice, job inquires or general support. I did get my job in the first place with ABC from an alum who is part of the chapter—so it definitely got my foot in the door.”

Similar to Bonanno, the RTF network helped B.J. DeGroot ’12, get his start with the Woodward Radio Group. DeGroot is now the assistant brand manager for WSCO/WHBY and co-host of “B.J. and The Bear”.

“The RTF network got me in the door as an intern and eventually that led to a management role at Woodward Radio Group,” DeGroot said. “You can’t go anywhere in the state from a radio to TV perspective and not find someone from UWO working with that company. The reputation precedes itself and is a great block to start with but in the end it’s what you make of your career in the professional field that allows you to grow and advance.”

For Mike Steele ’09, a broadcast engineer at Woodward Radio in Appleton, the connections that the RTF program itself has with so many radio, television and film entities allowed him to find his start in the field.

“Someone from the Woodward Radio Group was on campus talking about internships and mentioned that they were considering a position in the engineering department and I was brought up,” Steele said. “While the position wasn’t created right away, it led to some contract work that got me involved with WRG, and that eventually led to me being offered the position when it was created.” 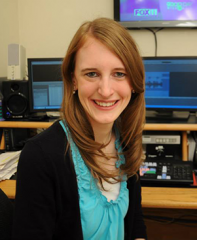 Whether talking with students or representing their company on campus, giving back to their alma mater is important for many RTF grads.

“I help host the UWO students at ABC while they’re on their LA trip,” Bonanno said. “I bring them in for a presentation about what my department does and how to get your foot in the door at a company like ABC. I think this helps upcoming and recent grads understand how my division of the industry works, as well as network with myself and people at the company.”

2010 graduate Kimberly Krejcarek is one of a handful of Titans who work for WLUK-TV Fox 11 in Green Bay. Being so close to UWO, she makes it a point to return to campus often.

“I have been fortunate enough to give several speaking engagements at UW Oshkosh since I graduated,” Krejcarek said. “Meeting with students, either in a large-scale setting or a small group, provides the opportunity to connect education with profession. Networking, even after graduation, is key to fostering a supportive future.”

Krejcarek also makes it a point to keep connected with her RTF professors.

“I continue to learn from my professors, not just how to succeed in the industry, but also how to succeed as a person in the community,” Krejcarek said. “Their investment in the Fox Valley, UW Oshkosh and students, whether current or former, is truly admirable. We’re the next generation and the professors want to ensure the knowledge we learned together serves us well into the future.”

“I think alumni staying connected with the University is really important in helping future students succeed,” she said.

Keep up with your connections and reach out to them periodically, both when you’re looking for work and even when you are not. This industry is very much a “who you know” business and it’s so important to make real, authentic connections. Also, get involved with as much as you can when you’re first starting out! Dip your toes in a few different areas to find out what direction you really want to go. Once you start in a specific area of the business, it gets harder to pivot as you move up the ladder —so make sure you find the right department for your passions!

B.J. DeGroot (Assistant Brand Manager for WSCO/WHBY and Co-Host of “B.J. and The Bear”):

Don’t say “no” and be willing and available. The best way to get your foot in the door is to be available when everyone else isn’t. No job should be beneath you starting out. Continue to create content, whether it’s a podcast or videos on social media and YouTube, keep creating content.

Know what you want and go after it, but realize it is part of the journey. When I first started working at WLUK-TV, I was a part-time editor for the weekend news. That wasn’t my career goal, but it was the first step. After one month, I was offered a full-time job as an editor (another step), and that eventually led me to my current producer position. Enjoy the dream but enjoy the process too.