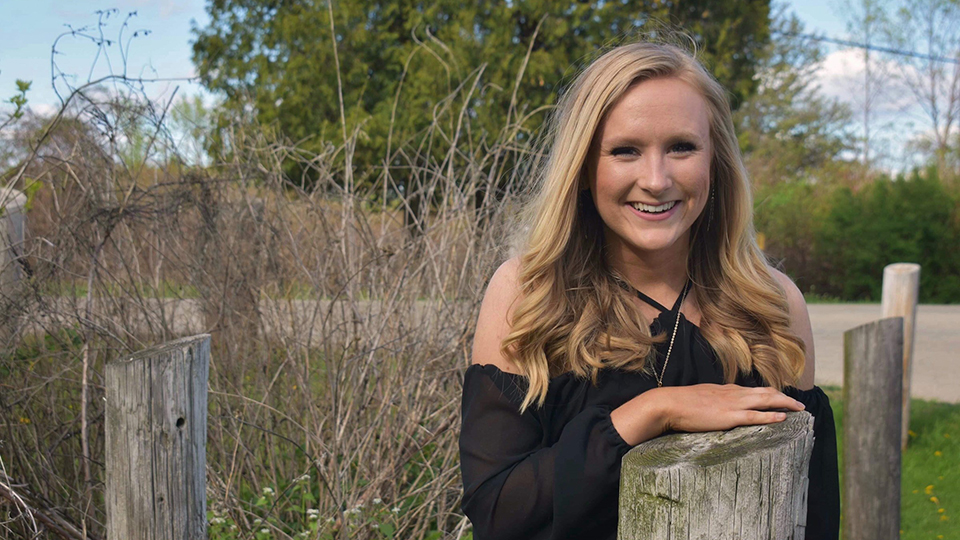 University of Wisconsin Oshkosh senior Ally Chard is the fourth student in the University’s history to earn a Fulbright U.S. Student Program award.

Chard, who’ll earn degrees in human resource management and Spanish and serve as a student speaker at Saturday’s virtual spring commencement, will travel to Spain to work as an English teaching assistant for five months beginning in January.

A native of Madison, Chard is one of more than 2,100 people who will conduct research, teach English and provide expertise as a native speaker abroad as part of the Fulbright program. She previously spent a semester in Spain studying at the University of Salamanca. When she returns she’ll support English education in northwestern community of Galicia.

The program had originally been planned to run from September through June 2021, but has been shortened because of the coronavirus pandemic.

Chard said her reaction to hearing the news she’d been accepted into the program was first shock. Then there was recognition that the opportunity is a dream come true.

“I had been waiting months to hear back from them and when I read the email, I was frozen,” she said. “It took several days for the reality to sink in. I’m incredibly humbled to receive such a prestigious award and frankly so so so excited for what’s next.”

Recipients of Fulbright awards are selected on the basis of academic and professional achievement, as well as their record of service and leadership potential in their respective fields. Along with the University’s fourth all-time Fulbright recipient, Chard is the first since 2009.

“To the students curious about Fulbright and its various program offerings, I encourage you to research the program, speak with UW Oshkosh’s Fulbright program adviser, Marianne Johnson, and give yourself plenty of time to craft your application materials,” Chard said. “Do not count yourself out! Just because it’s competitive and a lot of hard work to apply doesn’t mean it’s not worth it. Honestly, the rigor involved in applying makes receiving the acceptance news that much more rewarding!”