Two University of Wisconsin Oshkosh nursing alumnae honored with the 2020 Distinguished Alumni Award—Mary Novak-Jandrey ‘74 and Sheria (Grice) Robinson-Lane ‘03—have used their education to pursue excellence within their practice.

UWO’s Distinguished Alumni Award recognizes those active in their professional fields and widely recognized for their career accomplishments. 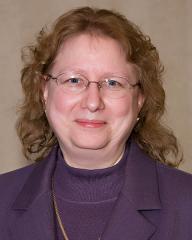 Novak-Jandrey, of Venice, Florida, is a first-generation college graduate with a passion for helping others like her succeed.

With no family support, Novak-Jandrey worked tirelessly during her time at UWO to support herself and put herself through college. It was that experience that taught her independence and a drive to better her education for her future.

Following her graduation, she quickly made a name for herself as she excelled into leadership roles within her practice and was recognized for seeing the “big picture” for the future of healthcare.

Novak-Jandrey attributes many of her achievements to the professors at UWO.

“Several of my nursing professors were great role models for what independent women could achieve. With few other role models available, seeing what was possible through professors at UWO helped shape my future success,” she said.

She has retired from her most recent role as a national consultant where she used her clinical and operations background in healthcare to help recruit, train, deploy and develop talent through best-in-class compensation programs within health organizations across the country, and is now more focused than ever on being philanthropic.

In the award nomination, Dean Emerita Rosemary Smith said that Novak-Jandrey and her husband came to her to discuss College of Nursing (CON) students and life challenges that got in the way of student success.

“As a first-generation college student herself, Mary is especially interested in the needs of this population of students and their struggles,” said Smith. “That discussion led to the creation of an endowed fund to the CON for a Student Emergency Fund that would be dispersed to high quality undergraduate students who were experiencing crisis that unrestricted financial aid would help.”

“Those funds helped students who would probably have dropped out of school or greatly delayed graduation to complete their degree and become part of the healthcare workforce.”

In addition to the Student Emergency Fund, Novak-Jandrey has provided many other financial investments to the UWO CON, including the creation of the Dean Smith Endowed Professorship, donating to Nightingale Award scholarships, supporting the creation of the remodeled CON Learning Laboratories, and more. She also makes time within her demanding schedule to serve on CON and UWO committees. 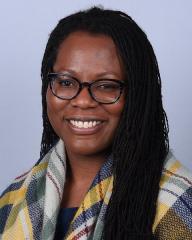 Robinson-Lane of Ann Arbor, Michigan, has always been passionate about excellence when it comes to caring for the elderly.

During her time at UWO, she worked at Kindred Healthcare facility in Oshkosh as a student nurse. Through dedication to her practice, Robinson-Lane worked her way up within the facility, resulting in her securing a position as director of nursing within another facility shortly after graduating.

It was there that she facilitated necessary culture change and helped to lead the company, which was on a federal watch list of long term care facilities with quality issues, to be recognized by the American Healthcare Association with a quality award. She then went on to lead another facility to similar success.

With a focus on gerontology and the health issues of older adults, she continues to be a strong leader in the field of nursing and a recognized expert in the care of older adults. She also has become an advocate for the care of elders by serving on task forces and boards with goals to improve care practices.

Currently an assistant professor at the University of Michigan School of Nursing, Robinson-Lane teaches graduate courses in leadership as she continues to study how people age in place with chronic disease.

For Robinson-Lane, this award is an incredibly meaningful achievement.

“As a first generation college student, and the only student of color in my nursing class, undergraduate college was really hard. Frankly, there were times that I was not even sure I would make it,” she said. “However, I had excellent mentorship and support throughout college that made a world of difference in my success. I am very proud to be a Titan.”

“I was thoroughly impressed with her persistence in the program despite mounting personal adversity,” said UWO Professor Emeritus Suzanne Marnocha. “However, what impresses me the most about Dr. Robinson-Lane and why I believe she is befitting of this award, is not her time at UWO, but all of the things that she has accomplished since then.

“I am certain that her experiences here at UWO have shaped her into the nurse, leader and scientist that she is today.”