UWO professor emeritus artist plenty inspired by NYC—pandemic and all 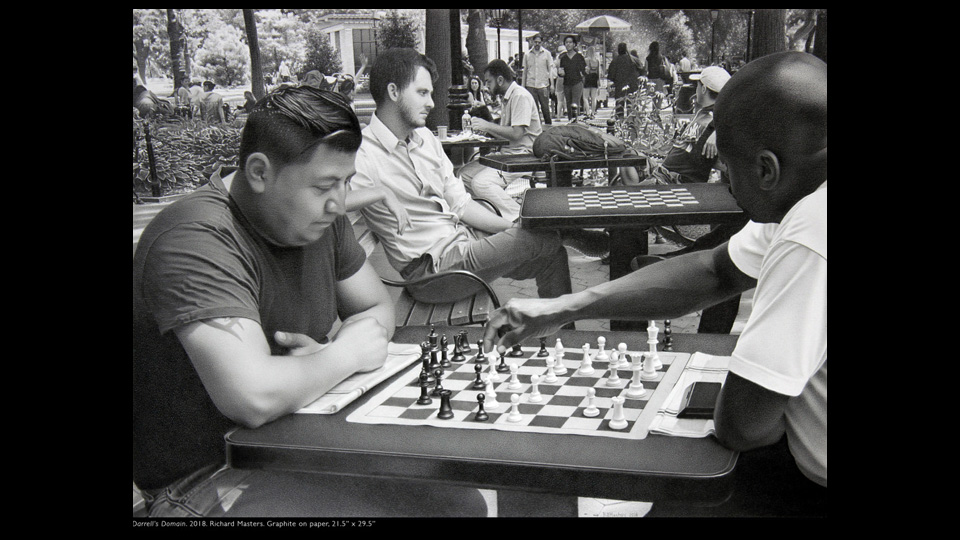 “It’s like old people used to tell me when I was working: You know, once you retire you’re going to get busier,” said University of Wisconsin Oshkosh professor emeritus Richard Masters. “I am definitely busier.” 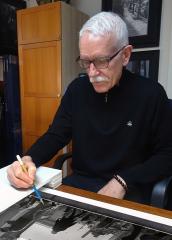 The former professor of art may have left higher education five years ago, but he’s not spending this next phase of his life with his feet up. Even in the era of the quarantine and stay-at-home orders.

He’s instead continuing to find inspiration in the city he now calls home. And making money—literally.

Masters, who taught at UW Oshkosh from 1996 to 2015, left the Midwest for New York City after wrapping up his teaching career early after the unexpected death of his 22-year-old son. With his wife and fellow creative MeeWha Lee—also a former UWO professor—Masters decided to start anew in one of the world’s cultural hot spots. Home is a small apartment on Manhattan’s Upper East Side, offering a much different lifestyle than when they were residents of Omro.

The city’s kept his artistic passion burning. Building on the style he began to master while in Wisconsin, he now has a sprawling body of work that, as his own online artist’s statement describes it, depicts “the cityscape in stunning, monochromatic detail.” Using mostly graphite or pencil, his hand-drawn scenes combine various elements first captured on camera.

Take the award-winning Metropolitan Solstice, for instance. Before putting graphite to paper, Masters spent several days observing the same location on the plaza outside the famous Metropolitan Museum of Art. He found his perfect below-eye-level point of view, kept it constant and snapped photos of the people passing through the frame over the course of a few days. Later, using Adobe Photoshop, he layered the cutouts of the pedestrians over the same backdrop, creating a composite. That image is then drawn, capturing the too-good-to-be-true scene with all its rich, lifelike detail. 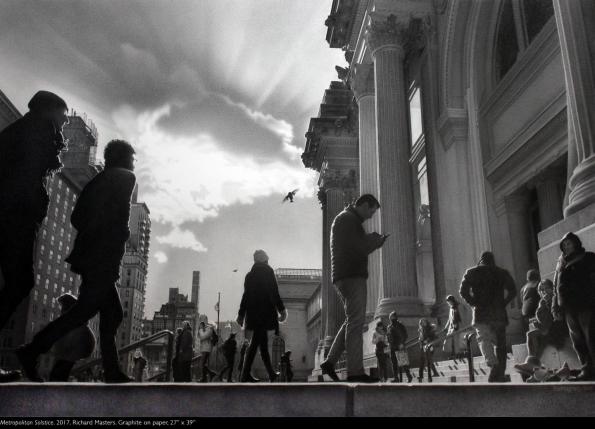 “It’s a painstaking process,” he said. “It’s very mechanical. I don’t like to think of myself as a photorealist, but those are sort of my roots.”

Over the past 20-plus years, he’s showcased his work in competitive venues, including in more than 50 juried exhibitions. Eight times he’s won best-of-show or equivalent honors. In the months since the pandemic hit, he’s been able to keep at it. He just has to mask up before heading out.

Then there’s his other work, which can all be done indoors and is in a sense the money-maker: He designs coins and medals for the federal government. One of his quarters might just be in your pocket right now.

The relationship with U.S. Mint reaches back to 2003, when he responded to a magazine ad calling for artists to help launch something called the Artistic Infusion Program. He applied and became one of 24 artists—18 professionals and six students—to make up its first class. The program was a way of bringing new talent into the pool of artists designing U.S. currency.

His first design to be minted and to circulate was a state quarter for Nebraska, depicting a family traveling with a covered wagon past Chimney Rock. The coin is dated 2006 and was designed in 2005.

He’s now the only remaining designer still with the program and has more than 30 coins and medals to his credit, with more on the way. Most recent of them is a National Parks quarter for the U.S. Virgin Islands that’s starting to show up in circulation. This, too, is a bit of a painstaking progress. As you might imagine, coin designs go through many rounds of revision before hitting the streets. 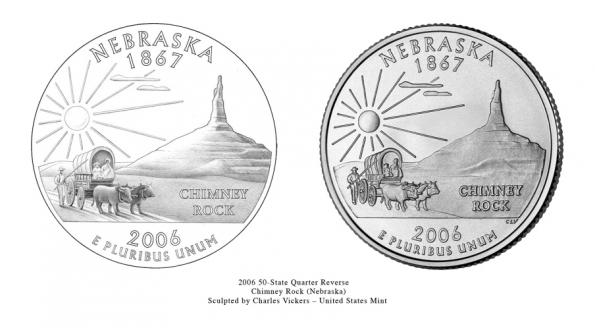 With another school year approaching, Masters said what he most misses about his time at UWO was the day-to-day interaction with students. But since leaving Wisconsin in June 2015, there are other aspects of working a traditional job that he’s OK with having left behind in order to start fresh in a new city and with more time for personal projects.

“I do remember many times when I would talk to the kids and I would remind them, ‘This is a learning experience for me as well. I learn a great deal from you,'” he said. “And they would kind of look at me perplexed.”

“It’s kind of like raising children. I think parents learn a great deal from raising them. I think that sort of applies to the classroom experience as well.”