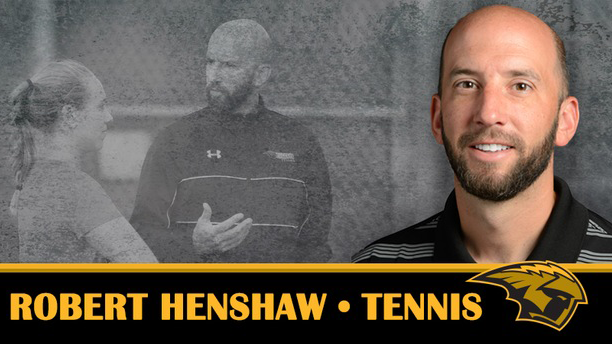 After five seasons at the University of Wisconsin Oshkosh, Robert Henshaw announced his resignation as the school’s head women’s tennis coach. He will pursue other professional opportunities in the tennis community. Henshaw served as the interim coach in 2015 before being selected as the full-time head coach in 2016.

“It is with mixed feelings that I’m ending my tenure as the head coach for the women’s tennis team at UW-Oshkosh,” Henshaw said. “Mixed feelings in that I am excited for my future job opportunity, but I am also saddened because I will genuinely miss the other coaches and administration who I’ve worked with over the course of the past few years. I have not worked with a group of peers who are so deeply committed to both their student-athletes and their university and I walk away from this job impressed at their quality.”

Henshaw has guided the Titans to a 35-44 dual-meet record, including a 15-15 mark in the WIAC, during his first five seasons.

“Robert has brought great stability, competitiveness, and a clear vision to our women’s tennis program,” Assistant Chancellor and Director of Athletics Darryl Sims said. “He has worked tirelessly over the years to make sure the program stayed focused on the academic mission as well as enhancing the student-athletes’ athletic abilities while pushing their competitive drive and personal growth.”

As a player, Henshaw competed for Neenah High School and was a state doubles champion in 1996. He was named UW-Eau Claire’s Newcomer of the Year and Doubles Most Valuable Player in 1997.

“I want to wish the current players, as well as alumni who I’ve coached, the best of luck. I have been incredibly fortunate to coach such high caliber young women who represented UW-Oshkosh with class and integrity. Hail Titans,” Henshaw said.

UWO will begin a search for a new leader for the program.