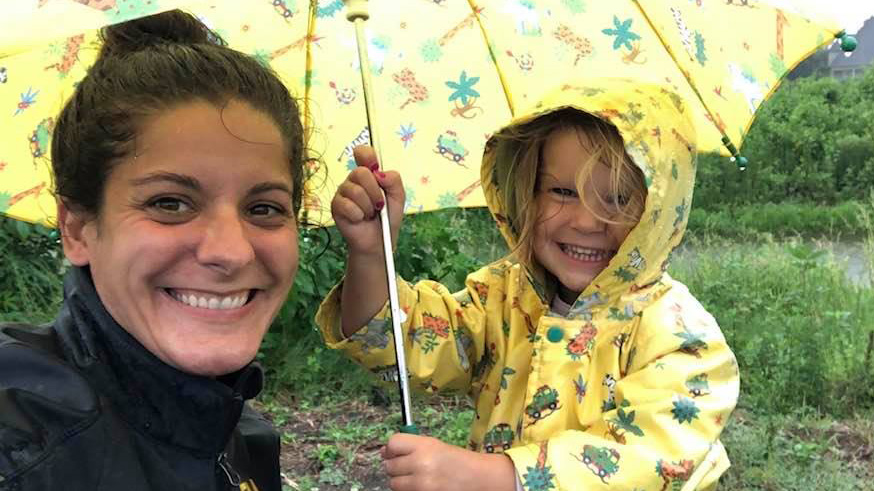 Count University of Wisconsin Oshkosh alumna Jill Trepanier among the chorus of voices calling for the country’s leaders to let science guide the response to the climate crisis.

In a New York Times opinion piece published this month, the 2007 grad makes the case that scientists are well aware of ways to better protect our coastlines from hurricanes—and it’s up to politicians and policy-makers to pay attention. With the headline Imagine if We Listened to Scientists Before the Hurricane, it landed in the wake of Hurricane Laura and shortly before Hurricane Sally began to threaten the Gulf Coast.

Trepanier—who was Jill Malmstadt during her UW Oshkosh days—graduated with a degree in geography before moving on to earn a master’s and doctorate from Florida State University. She’s now an associate geography and anthropology professor at Louisiana State University, living in a state all too familiar with natural disasters.

“Climate science and weather science have made impressive advancements in the 15 years since Hurricane Katrina,” she writes in the piece, published online Sept. 8. ” … Yet the United States is still woefully unprepared.”

You can read for yourself what she’s arguing for, but the gist is clear: The impacts of climate change are being felt time and again, and scientists—yes, herself included—and communities have solutions. But it will take a team effort with those up and down the governmental structure.

The West Allis native got to the point of penning this call to action after years of studying extreme tropical cyclone climatology. She’s had research projects funded by NASA and has spent a lot of time trying to understand the most extreme hurricanes and how they might change in the future. In 2010, she trained with the U.S. Marine Corps to become a Hurricane Hunter with the National Oceanic and Atmospheric Administration. That’s a group that literally flies into hurricanes—an opportunity she politely passed on. Since 2012 she’s been at LSU.

“I am currently finishing a project with Louisiana Sea Grant and LSU Coastal Roots—a program designed to bring scientific outreach to classrooms and create citizen scientists,” she said. Along with a team of other scientists, she taught students in K-12 about climate change, dendrochronology (tree rings) and how to understand data.

She wasn’t always focused on storms or, for that matter, even the natural world. She took a winding path that included multiple majors at UWO.

“I entered as a radio TV film major and was on the radio for a while there. Then I changed it four times,” she said. “I took a weather and climate course in geography and fell in love.”

Not only did she find love, she found success. Trepanier went on to earn the annual Warner Geiger Geography Merit Award, given to a geography student with a high GPA and who exhibits high character and leadership abilities. (She also found, well, actual love—the “love of her life,” who she met as a first-year student and remains happily with today.)

“I look back at my time at UWO as some of the most fun years in my memory,” she said.

Pictured above: Jill Trepanier, with her daughter Izzy, taking measurements during Tropical Storm Cristobal in June.