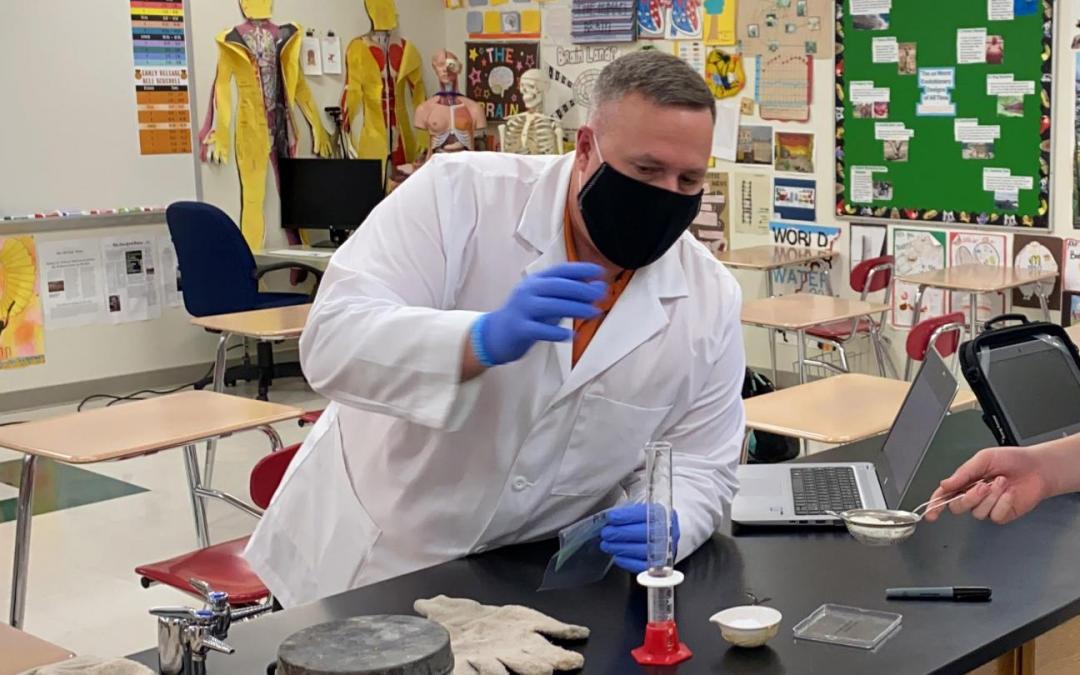 For University of Wisconsin Oshkosh alumnus Eugene Wall, teaching has been a dream since high school. Now, after serving in the Air Force and being stationed all around the world, he’s returned home to pursue that dream. 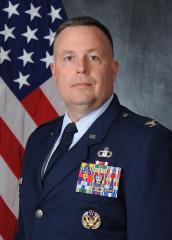 Wall, a Little Chute native, first enrolled in the Air Force with the intention to meet his four-year requirement and transition out of the military after obtaining a college degree. However, after enjoying much of his time in the service, he continued to serve for 25 years.

During his service, he held various positions before becoming a full-bird colonel and was stationed around the world, including locations throughout the U.S., Europe, the Middle East and Africa.

“Growing up, I saw the veterans in the village proudly serving the community and some members of my family had completed careers in the U.S. Coast Guard,” Wall said. “In high school I was active in several service groups, such as the United Way Youth Group. I loved doing service related activities. Going in the military, and ultimately the Air Force, was a logical leap to continue serving my community.”

Once the time came for Wall to continue working toward his teaching dream, he knew he needed a program that would accommodate him and his unpredictable lifestyle while he was enlisted. After researching several programs offered in Wisconsin, he found the Alternative Careers in Teaching (ACT) program offered by UW Oshkosh and knew it would be a perfect fit.

“Dr. Tammy Ladwig and Dr. Michael Beeth built a program for me that was tailored to my unique situation at the time. Once I was accepted into the program, faculty made accommodations for me while living in Europe, deploying to the Middle East, moving across country in the middle of classes and every other curveball life can throw at you,” he said. “It was the perfect program for a career changer like myself. I’d highly recommend ACT for anyone considering a transition to being a professional educator.”

Ladwig, a teaching and learning professor, considers Wall to be quite the success story for the ACT program.

“Gene was a nontraditional student serving in the administration in the service,” she said. “He managed his school work and his service promotions while he lived and studied in different locations around the world. He is an absolute success story. He wants nothing more than to give back and teach others to reach their full potential.”

Wall graduated from the UWO ACT program in January with licenses in Physics, Earth and Space Science, and Broadfield Science. He’s now a special education teacher at Little Chute High School, where he himself graduated from years ago.

Before first accepting a long-term substitute teaching position in special education, Wall never felt he had what it would take to be a special ed teacher. But it wasn’t long before he fell in love with the students and what he was able to offer them. That’s why when the chance to apply for a full-time special ed teacher position came about, he jumped at the opportunity. 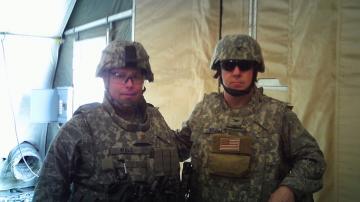 “In the end, I get the best of all worlds,” he said. “I work with the most amazing students in Wisconsin and I still get to share my passion and experiences in STEM with the hope of inspiring them to look towards STEM as a future career or college path.”