It seems like this hasn’t happened in a blue moon!

The year 2020 will always be remembered for the global COVID-19 pandemic.

But astronomy buffs—and anyone looking for a fun diversion (and who isn’t?)—will celebrate a 2020 blue moon occurrence on Saturday, Oct. 31.

Unless cloudy skies invade, the Halloween night sky promises to light up the town. According to popular culture, the moon will be a blue moon because it will be the second of two full moons in a single month. 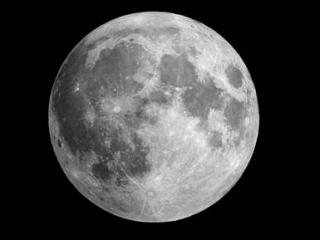 The seasons are defined by the official first days of spring, summer, fall and winter. When there are four full moons in a season (one more than normal), the third full moon of the season is called the blue moon. A seasonal blue moon occurs next summer (Aug. 22, 2021) when four full moons grace the summer skies (June 24, July 23, Aug. 22 and Sept. 20).

The definition most people use today started in 1937 and is the one that depends on two full moons in a calendar month.

October’s first full moon will be the hunter’s moon and the second is a blue moon. It will be followed by November’s full moon―called the beaver moon―and the December cold moon.

“The time between consecutive full moons is approximately 29.5 days―or roughly a month,” Peche said. “In fact, the word ‘month’ is derived from the word ‘moon.’” 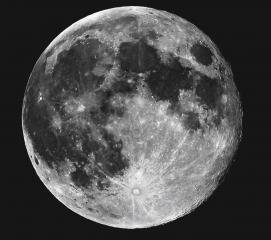 The next monthly blue moon will happen in August 2023, however it’s a long wait for the next Halloween Blue Moon―Oct. 31, 2039.

Pritzl is encouraging people to look up at the night sky this Halloween. With a pandemic raging, there seems to be an increasing interest in all things dealing with space.

“I think recent launches by Space X have helped to boost that interest level,” Pritzl said. “I think it could grow more given there likely will be something of a space race to get back to the moon. If that is successful, there will be another one to get to Mars.”