‘Beast on the Moon’ to be performed in Cyprus

Internationally acclaimed Beast on the Moon, written by University of Wisconsin Oshkosh professor and playwright Richard Kalinoski, will be produced at Persona Theatre on the island of Cyprus later this month. 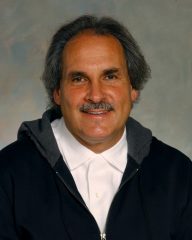 Kalinoski said a live audience will watch his play―during the pandemic―with a run of 10 performances.

Cyprus is approximately 500 miles off the coast of Greece and is divided into two entities―the Greek side and the Turkish side, according to Kalinoski. The play will be presented in Greek in front of a reduced live audience.

Beast on the Moon has been translated into 19 languages and has been performed in at least 20 countries. Some of the notable productions have been in Italy, Canada, Russia, Argentina, Brazil, France, England, Japan, Belgium, Germany, Switzerland, Greece, Serbia, the Czech Republic, Armenia, Serbia and the U.S.

Beast on the Moon has been chosen by the Le Bordee theatre in Quebec City as one of the 20 masterpieces to be featured in 2021 in an audio excerpt available to the community. The play’s focus on immigration and refugee life makes it particularly relevant in Quebec.

Beast on the Moon was produced in March at UW Oshkosh.