December surprise: Until now, this midyear graduate didn’t tell his parents he was attending UW Oshkosh 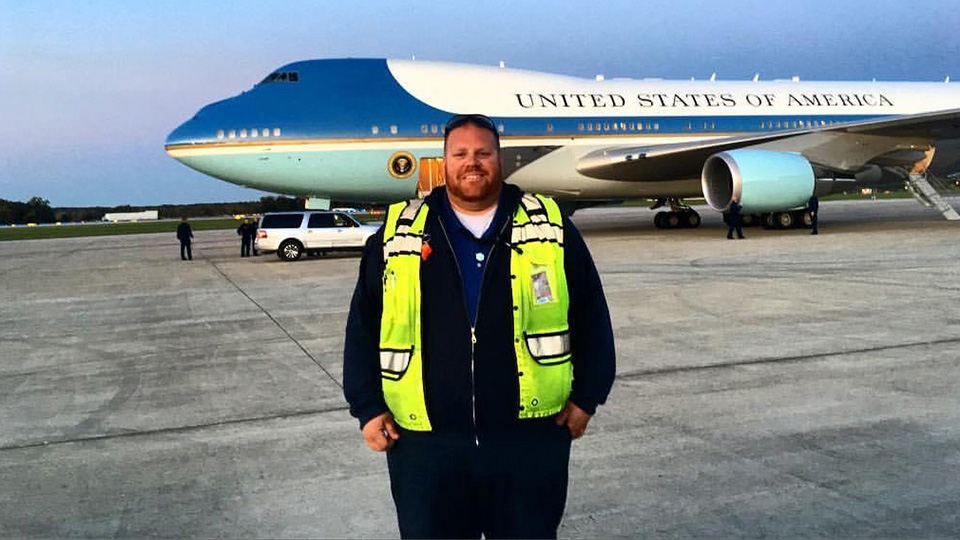 Befuddlement is not the desired reaction to a holiday gift, typically—but that’s what Lee Hoxworth is going for.

A few weeks back, as a University of Wisconsin Oshkosh senior, he picked up Hanukkah presents for his parents at the University bookstore. This week they’ll tear through wrapping paper and find a sweatshirt proudly identifying them as the mother and father of a UW Oshkosh alumnus.

That’s what will be the confusing part. They don’t know he was in college.

That’s right: Hoxworth’s parents aren’t aware that for two years their son has been taking classes at UWO—let alone that he’s part of this week’s graduating class.

“I haven’t told really anybody that I’ve been going to school this whole time,” said Hoxworth, who lives in Columbus, Ohio and earned his leadership and organizational studies degree completely online. “Honestly it was one of those things where I had the opportunity to start doing it and I hadn’t said anything to anybody, other than speaking with the counselor I was working with up there (in Oshkosh). … I just said it’s for me, I’ll just do it for me.”

His plan is to break the news that he’s finished this degree on Friday, that way Mom and Dad can watch Saturday’s online commencement live.

You bet they’re going to be surprised.

“My mom, knowing that my sister was in school, she cried like a baby when she graduated from Ohio State … So I’m sure that’ll happen,” he said. “They’re going to be more shocked that I was able to keep this from them this long because they kind of think they can read everything. They don’t believe that I can keep a secret.”

Hoxworth was able to complete all the coursework while working full time. The 32-year-old strategic operations planner for NetJets, a private jet company headquartered in Columbus. His job is to build flight schedules, a process of arranging hundreds of flights per day that he jokes is “like playing all kinds of board games at once.”

Aviation is his passion, and he’s worked in the industry for about 13 years. He earned an associate degree in aviation maintenance from Columbus State Community College in 2017. He found his way to UWO—at least virtually—because it was the best option when he needed to find a university that would accept all of his earned credits.

He first enrolled in spring 2019 and from there was able to navigate life as a full-time worker while quietly advancing his education. Aside from folks at UWO, only his sister ever found out his big secret.

“She caught me in a lie,” he said. “I was out to dinner with my family and I realized I had to get home for a webinar. I was trying to say that I need to go home to do some work. She was riding with me and she was asking all these questions. She’s a lawyer, or she just finished law school and she trapped me into it. She figured it out.”

A lover of all things aviation, Hoxworth had heard of Oshkosh before learning about the educational opportunities because of the world famous EAA AirVenture Oshkosh. He’s yet to attend the annual event that brings in hundreds of thousands of people but hopes to get the chance sometime soon.

And if he does manage to land in Oshkosh, he’ll swing through campus to see—for the first time—his alma mater.

Above photo: Lee Hoxworth in front of Air Force One during a visit to Columbus by President Barack Obama in 2016. At the time Hoxworth worked for a company that handled and fueled private and military aircraft at John Glenn Columbus International Airport.