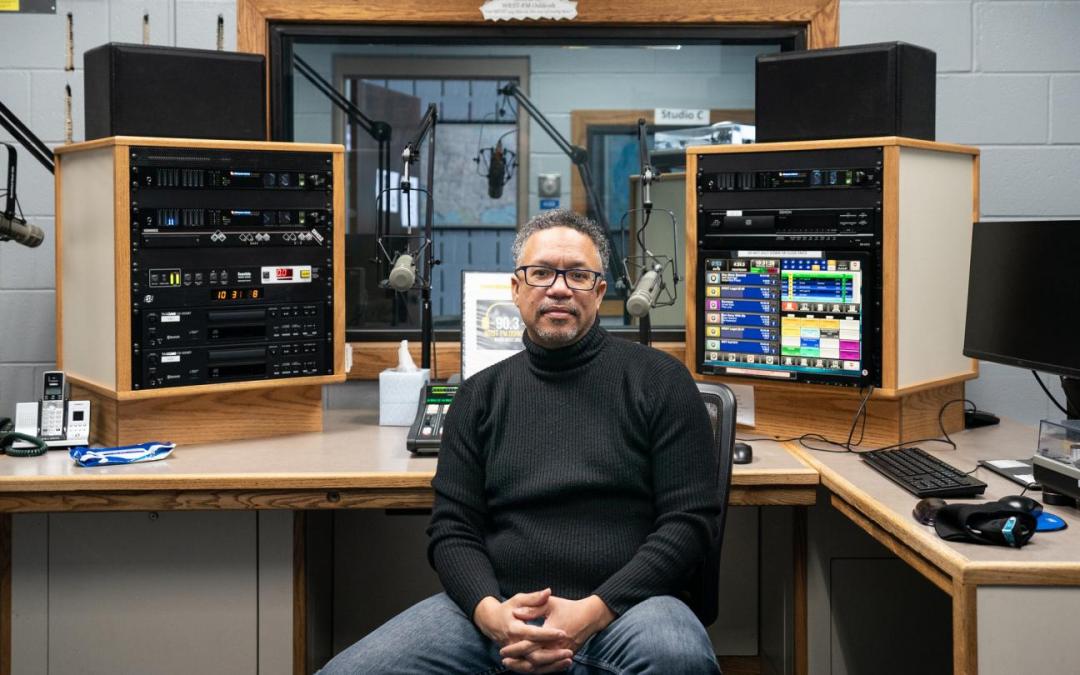 As the new director of radio services at the University of Wisconsin Oshkosh, Wendell Ray finds nothing outdated about the medium he first encountered as a high school student in Indianapolis.

“Radio covers issues that affect a lot of people. Its audience is growing and it’s local … always local,” he said.

Throughout radio’s century-long history in the United States, it has adapted to the advent of television and even the internet by being mobile and “very nimble,” said Ray, who joined UW Oshkosh last fall as Randall Davison retired from the post.

At just 17, Ray interned at WTLC radio in Greenwood, Indiana. He spent much of his early career there, earning 10 first-place awards for reporting from the Associated Press, United Press International and the Society of Professional Journalists.

Ray also has experience in television broadcasting. After leading the nation’s largest PBS Kids event, for WFYI TV and Radio, he was asked to be a workshop presenter at the 2006 NPR National Development Conference. Ray has narrated television projects distributed to The Learning Channel, PBS and A&E.

Ray’s teaching career began as an instructor of radio and television courses at the Illinois Center for Broadcasting (now, the Illinois Media School) Lombard campus. Within three years, he was promoted to education director of the system’s largest campus located in Chicago. 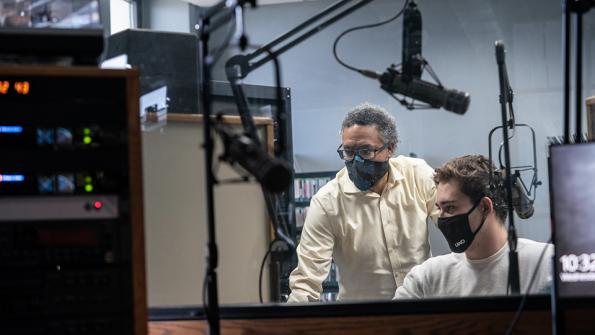 “When I first arrived, I could tell right away that the station was run like a well-oiled machine,” said UW Oshkosh’s new director of radio services Wendell Ray.

In his new role at UWO, Ray serves as chief of operations for the student-managed campus radio station 90.3 WRST-FM Oshkosh, which is part of Wisconsin Public Radio’s Ideas Network.

“The students run the show. I am here to make sure the station remains in compliance with FCC (Federal Communications Commission) and University regulations,” Ray said. “When I first arrived, I could tell right away that the station was run like a well-oiled machine. I just planned some technology updates and a few adjustments.”

Ray, who also teaches radio courses for UWO’s radio TV film department, enjoys mentoring UWO students as they learn about radio broadcasting and how to run a station.

“I’m here to help the students like I was helped when I was coming up in the profession,” he said. ”I’ve been blessed a lot in this career, and I am happy to share my experience.”