Alatorres bring their ‘A’ game as UW Oshkosh ambassadors 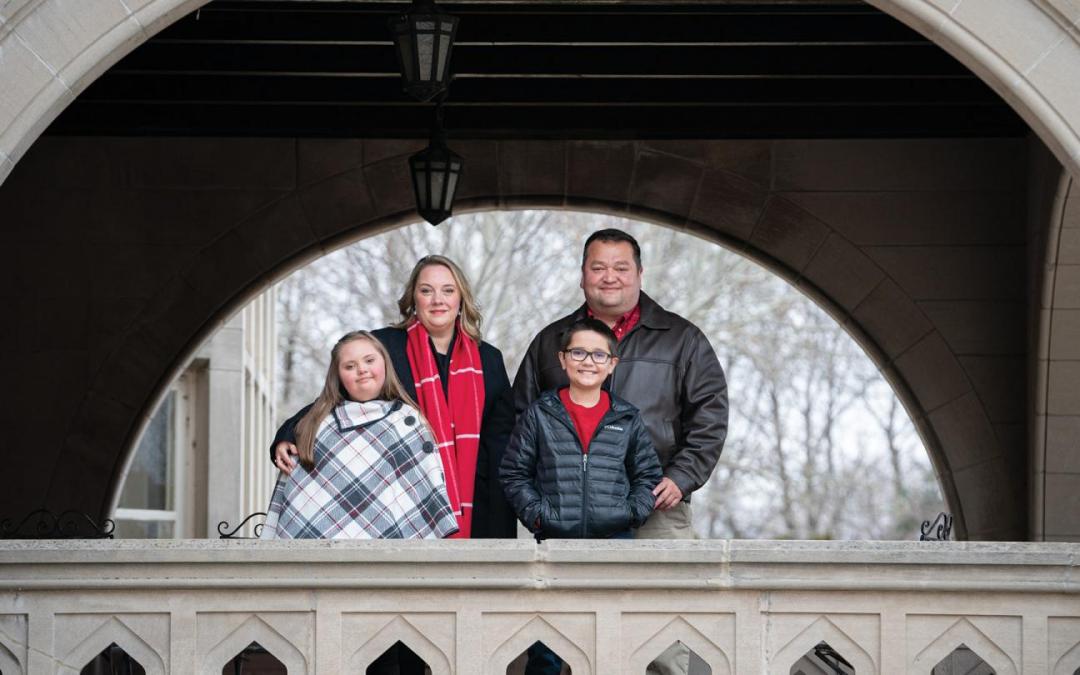 A University of Wisconsin Oshkosh alumni couple gives their all and then some to supporting their alma mater.

“I’ve always known that I wanted to serve on the board,” current member Amy Alatorre said. “I watched my husband enjoy serving for years and I knew if there was an opening, I would apply. As a board member you have to believe in the purpose, give critical feedback when needed and know how you can contribute to the overall mission, and that’s something I can do.”

Amy, who works as a senior manager in global trade compliance for Oshkosh Corporation, said she likes serving as an ambassador for UWO. The Oshkosh resident said she still gets excited any time she visits campus—she has great memories of her years there.

Amy and Victor met in 1995 and were friends at UWO. They both participated in campus Greek life and shared a number of classes. Amy said they didn’t start dating until both had graduated and reconnected through an old friend.

“Twenty years later, I continue to treasure the relationships, the education and opportunities that being a UWO alumna has brought me,” she reflected. “The education I received gave me the tools to build a great career. I have had some amazing opportunities and traveled to some interesting places around the world. It’s been a dream come true for an international studies major.”

Amy’s husband, Victor, who works as chief technology officer for UWO, recently completed a six-year term on the UWO Alumni Association Board.

Earlier this year he was named as one of the 39 Most Influential Latinos in Wisconsin by online magazine Madison365. In 2012, he received the Chancellor’s Award of Excellence at UWO, and in 2013 was named a UWO Distinguished Alumnus.

The Alatorres have two children: Isabella, 13, and Enrique, 11.

Victor said he hopes he is a role model for Hispanic students and underrepresented students at UWO. He is grateful for the opportunities he’s had in life.

A native of Monterrey, Mexico, Victor came to Wisconsin in early 1990 as an exchange student attending Slinger High School. During his senior year, he was given the opportunity to apply for admission to UWO. He has been in various roles as a student or employee since 1991.

Amy said on the UWO Alumni Association Board she is focused on helping with engagement of prospective students and the welcoming of returning alumni.

“I want to be someone who can help connect the history and traditions of UWO,” she said, “while still helping plan for the future.”

The UWO Alumni Association enjoys celebrating the successes and accomplishments of UWO students. The 24-member volunteer board works to build connections among alumni, students and the University. Members who are elected through a nomination process serve three-year terms.

“I am inspired by alumni like Victor and Amy who choose to be engaged with their alma mater and make time for their volunteer commitments despite being busy with successful careers and raising a young family,” said Christine Gantner, UWO director of alumni relations and annual giving. “Both are joyful givers, and I couldn’t be more appreciative of their generosity and example.”