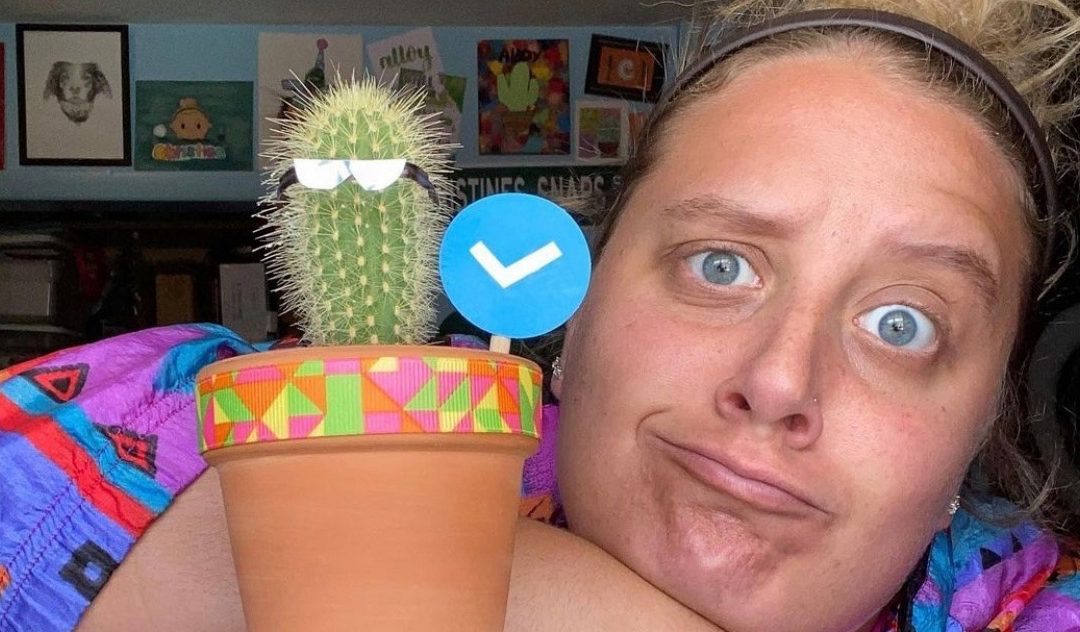 Christine Juhas, commonly known as Christines Snaps on social media, is a University of Wisconsin Oshkosh alumna who recently found fame on the trendy app TikTok. With over 4.6 million TikTok followers, the radio TV film (RTF) graduate has made quite a name for herself since graduating in December 2017.

Juhas decided to start posting videos to TikTok in November 2019, after some friends had suggested that she give the app a try. She had been previously posting funny videos about her life and comedic bits to the social media app Snapchat for her friends to enjoy, leading them to believe that she would find success on the new public platform. 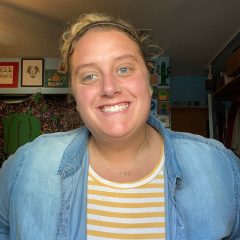 “I’ve been writing comedy and skits my whole life, but I’ve been making videos since Snapchat came out in 2011. People seemed to really enjoy them. Up until that point I had only made those videos available for people who I knew—that is until TikTok came around. Then they were open for the world to see,” Juhas said.

Having just downloaded the app when she started posting content, she wasn’t sure how to use TikTok effectively in order to get people to see her videos. She had seen some minor success with a couple of her videos, but she didn’t quite realize the full potential of the platform until one of her videos went viral.

“In February 2020 I went on a late night shopping trip with my friend and I bought a small cactus. She tried to talk me out of it and I almost didn’t purchase it, but I thought to myself ‘I think it would make a funny video of me trying to figure out how to keep a plant alive’—something I hadn’t done before. So I made that video, posted it to TikTok and went about my day per usual.

“When I opened up the app to see if it had gotten any views, I was dumbfounded. Within one day of being posted, it had 8 million views. Within one week, I had 1 million followers on TikTok … an app I downloaded as a joke,” she said.

After seeing the public’s reception to her video, Juhas recalls being beside herself, happy crying and talking to her friend on the phone, trying to figure out what she should do next. The only answer was to keep posting. She began making daily videos for TikTok and also created an Instagram and YouTube channel to reach a broader audience. 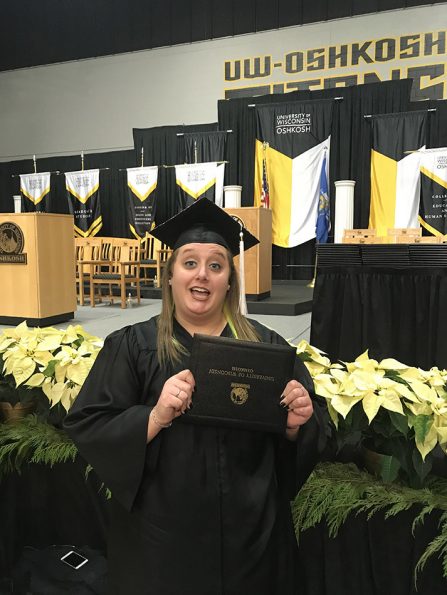 “I just recently hit the one-year anniversary of that video going viral and it’s been crazy to say the least. I’ve been working hard this past year trying to see where this journey can take me,” she said. “Believe me, it still shocks me that hundreds of thousands of people tune in to watch my videos on the daily. I’m just super thankful and happy that people enjoy the content that I make.”

Juhas attributes much of her digital success to the RTF degree that she received at UW Oshkosh.

“Going through the program taught me editing, lighting, pre-production, industry information and more things that I still use on a daily basis. The comedic ideas and storytelling are up to me but a lot of the foundation of creating and turning an idea into a video has come from my degree and time spent at UWO.

“Shout out to the RTF department professors and students for pushing a ‘classroom kid’ like me who was afraid to even pick up a professional camera into becoming a successful and confident content creator,” Juhas said.

After graduation, she had hoped to pursue a career as a screenwriter focused in comedy, sitcoms and skits. Now, outside of her flourishing career in content creating for social media, she writes and works to build her portfolio so that she may one day reach her dream of working in the TV and film industry.

“As far as my social media goes, I’m going to keep making videos. I also want to expand to maybe doing a podcast, and I’ve got an idea for a fun YouTube series that is still under wraps until the world opens back up,” she said. “Guess you’ll have to tune in to see!”

For Juhas, making videos is her creative outlet and she loves to make people laugh. She takes a lot of pride in being able to bring her ideas to life and for all the time she puts into creating quality content. 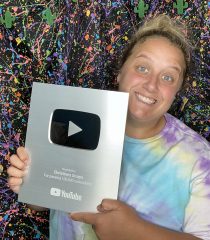 “Being a content creator on social media is never something I thought I would do but I’ve connected with so many amazing people this last year–fellow creators, fans, business owners, and more—and I think it’s nuts just how much one video can change your life,” she said. “I’m proud to be an alumna of UWO and for everything I was able to accomplish there and for everything I’ll be able to accomplish in the future.”

*Note: The blue checkmark in photo above indicates Christine Juhas is a verified content creator on TikTok.