Senior students who are part of the Fox Valley Reserve Officer Training Corps (ROTC) are looking forward to their military roles following graduation from the University of Wisconsin Oshkosh. 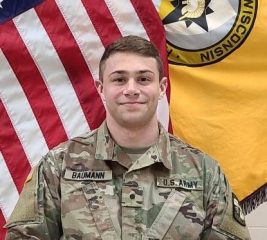 “Our ROTC seniors have worked hard for the past four years to accrue as many accessions points as possible in order to make themselves more competitive when it came time for branch (job) selections,” said 2nd Lt. Paige Cooper, Gold Bar recruiter for the UW Oshkosh Army ROTC program. “The branches these seniors receive will determine what kind of rigorous training they will receive upon graduation.” 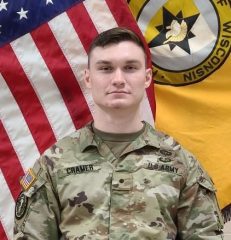 Cooper said those with more points have a better chance of receiving the job and locations they will get stationed at after graduation. The cadets are ranked among all other cadets in the country, so every point is important.

During senior year, cadets rank in order 1-15, the branches (jobs) they want and depending on their accession points compared with other cadets in the nation, they are then assigned the job they will have in the Army.

ROTC is a program with curriculum focused on leadership skills and professional knowledge subjects in the U.S. Army. They include team-building, time management, leadership, physical fitness, land navigation and weapons training. The program provides college-trained officers for the Regular Army, U.S. Army Reserve and the Army National Guard. 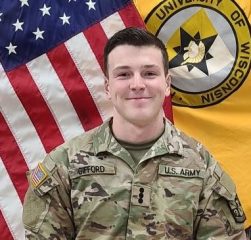 All five have chosen to advance their careers in active duty service.

Following are the UWO senior ROTC cadets and their assignments: