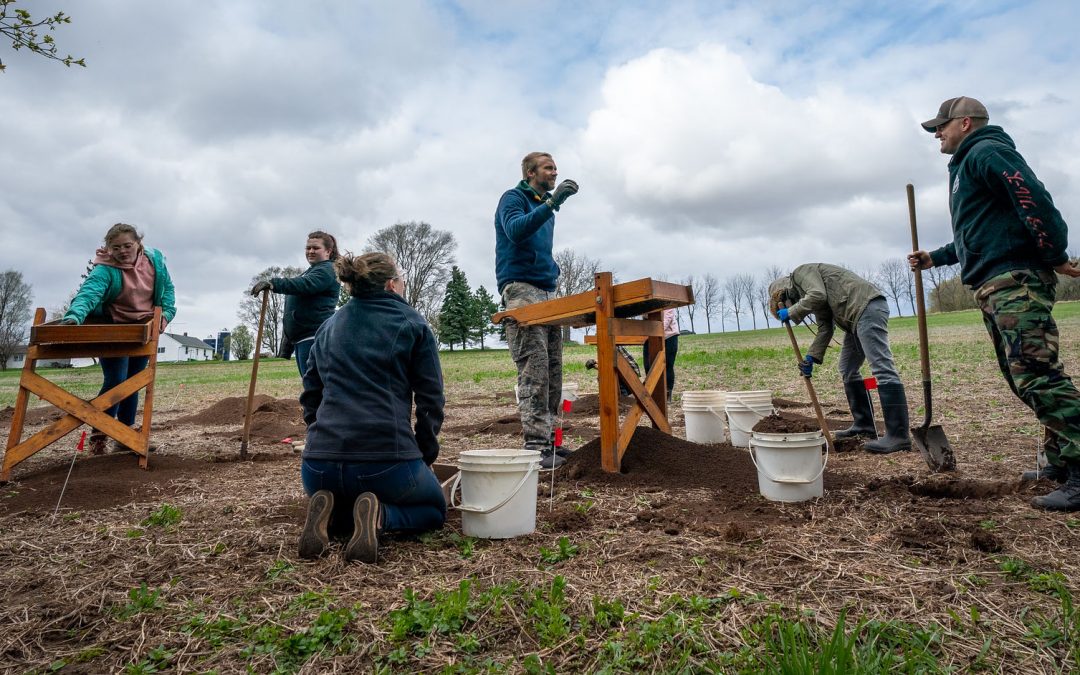 So far, there has been no sign of Swenson’s burial site.

Under the direction of Associate Professor Jordan Karsten, the students have been digging in cold, blustery conditions at a site west of Oshkosh in Winnebago County. The group was focused on a farm field—ahead of a three-week interim class running May 17 to June 4, that will focus on searching for Swenson’s remains in an adjacent wooded area.

Swenson was allegedly run over Aug. 13, 1983, while riding a bicycle in Neenah. In 1994, John C. Andrews, who said he hated Swenson for his affair with his ex-wife, was convicted in Swenson’s death, even without a body. 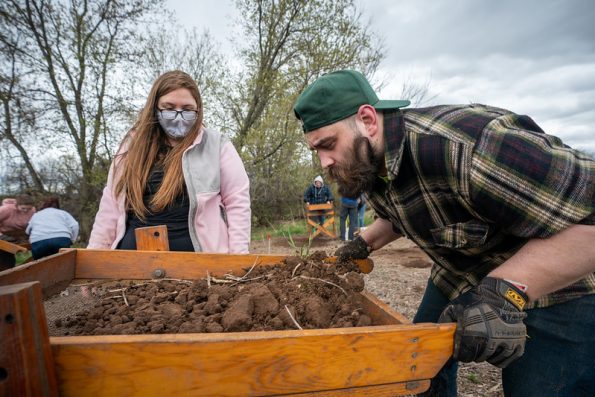 “We’re out here digging test pits and looking at the layers of earth” Karsten said. “We’ll be using ground-penetrating radar (in future work). We want to make sure there are no skeletal elements we might have missed.”

Senior anthropology major Brianna Costello of Chicago said she will be part of the three-week interim class that Karsten has assembled to continue work at the possible burial site. Costello hopes to get an internship this summer working for a medical examiner’s office. She plans to continue her education as she pursues her ultimate goal of becoming a forensic pathologist. 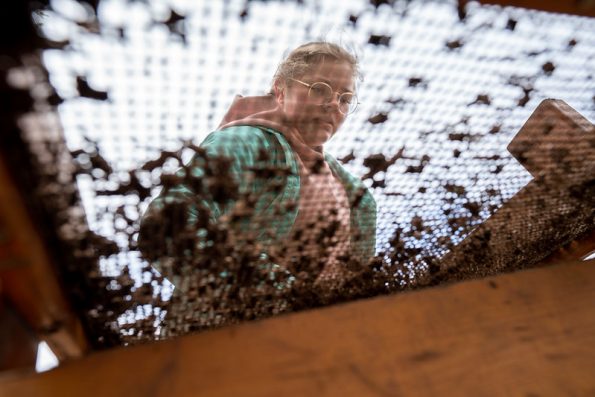 UWO student Bailey Raab at the site where a 1983 murder victim may be buried.

Fellow UWO senior Bailey Raab, of Auburndale, is set to graduate next month with a degree in anthropology and a minor in psychology. She plans to take a year off her formal studies before starting grad school.

“I like digging and archeology,” she said about her love of working in the field. Raab aspires to someday be a professor—and like Karsten—spend summers doing field research.

Leah Perreault, of New Berlin, a sophomore anthropology major, took a moment to study soil layers―stratigraphy―in the holes being dug with shovels. Mixed or disrupted stratigraphy would signal a possible human burial. Perreault was with the students at the site who all are hoping for a breakthrough in the search for Swenson’s remains.

At one point late Monday afternoon, a student located an object in a hole that caused digging to pause and the professor to come and take a look. Water was poured on what resembled a human humerus (upper arm) bone. 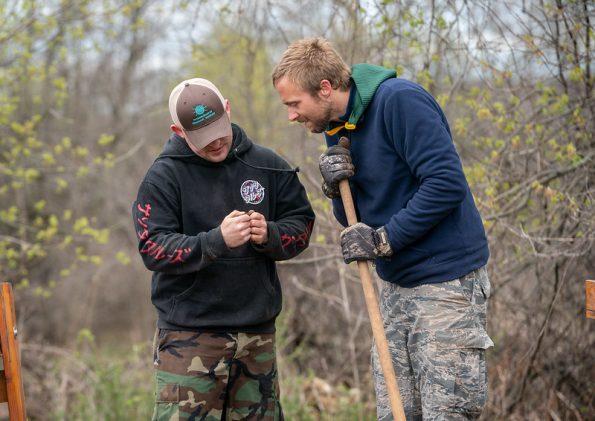 Jordan Payne, a senior from Appleton, was among those digging and sifting dirt. The double-major in anthropology and history, will start grad school in the fall at UW-Milwaukee.

He said Karsten’s Anthropology 202 course helped him believe he could pursue a career in the field.

“We are looking for clandestine (unrecorded, hand-excavated) burial,” Payne said. “Hopefully we can bring a little closure to Starkie Swenson’s family.”