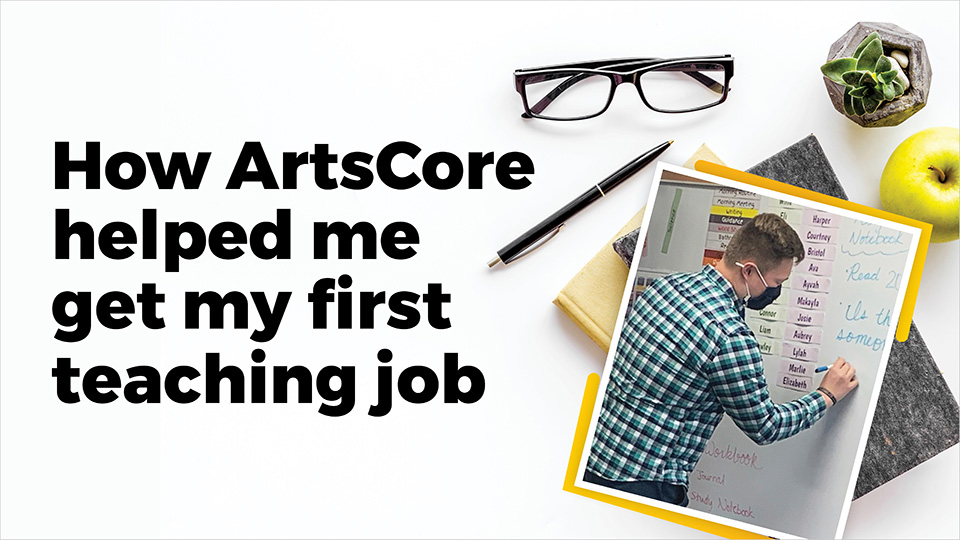 The title of the presentation says it all: How ArtsCore helped me get my first teaching job.

The virtual panel, featuring three recent University of Wisconsin Oshkosh graduates and one UW Oshkosh senior, took place last month as part of the 2021 Arts Integration Symposium. The annual event—typically held in-person—is one of two large ArtsCore gatherings each year designed to spread word of successes and encourage others to get involved. It’s also a way to foster relationships between the teachers of today and the teachers of tomorrow.

ArtsCore is a partnership between UW Oshkosh, the Paine Art Center and Gardens and regional public school districts designed to support pre-service and early career teachers in their efforts to teach in and through the arts. 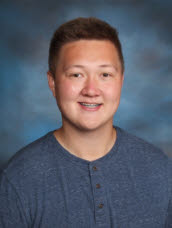 Among the four was Andrew Mayer, who studied elementary education at UWO and graduated in 2020. He’s now in his first year teaching fifth grade at Lakeview Elementary School in Neenah. Before landing that first job he was a member of the ArtsCore Student Organization (ASO) and had an internship through ArtsCore where he taught a summer class for English language learners at the Oshkosh Public Library.

“ArtsCore is one of the primary things that really has altered how I look at education and the philosophies I have,” Mayer said. “It’s been very eye-opening.”

One of the core ideas within ArtsCore is art integration—working various forms of art into everyday learning in the classroom. Not only is that something Mayer uses now in his classroom, his past experiences have helped him better integrate all subjects. It’s an approach he said that results in more well-rounded students.

“A lot of my writing lessons are integrated with my social studies lessons,” he said. “A lot of my math and science lessons integrate with each other. … Those connections between the subjects I think makes it more realistic for the students because they’re going out into the real world and they’re going to be learning and writing and doing math in all different types of contexts.”

Kathryn Allen is an assistant literacy and language professor and the liaison between the College of Education and Human Services and ArtsCore. She stressed the importance of in-service teachers like Mayer helping out the students who are where he was just a few semesters ago.

“We know in education that transition from undergrad to in-service teaching is really difficult,” Allen said. “And that first year of teaching is notoriously hard. But we do know from research that if teachers have a mentor during that time they’re much more likely to be successful and stay in the teaching profession.

“These partnerships really invite building relationships between pre-service and in-service teachers and are very important for new teachers just entering the field.”

Also a part of the panel were Kathryn Schickert, who graduated in January and is now a speech and language teacher at Jefferson Elementary School in Appleton; Carolyn Kendall, also a ’21 grad and now a long-term substitute teacher at Janssen Elementary in Kimberly; and Jen Killam, a senior special education major from Hortonville and current ASO president. 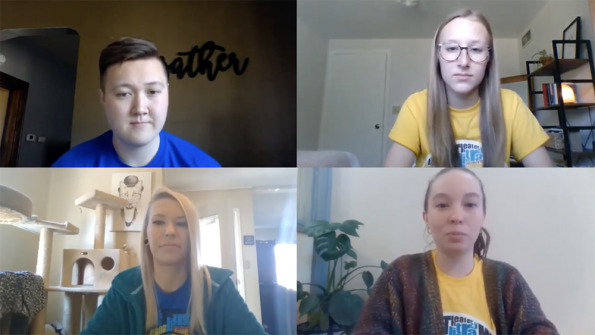 Schickert was part of ArtsCore’s Teacher in Residency (TIR) program. TIR is an enhanced student teaching opportunity that places teacher candidates in select classrooms to collaboratively learn about and implement arts integration with ArtsCore trained cooperating teachers. It’s a collaboration with the Appleton and Oshkosh school districts.

Schickert said her student teaching experience was atypical because of the pandemic. She was placed virtually in a second-grade classroom, but through the TIR program she also was putting together art-integrated activities for middle schoolers.

“That was a super cool experience and just created another connection within the Appleton Area School District, which is where I ended up getting a job,” she said.

That’s another facet of ArtsCore Mayer praised—the opportunity to make connections in school districts while still studying at UWO. That means when it’s time to apply and interview for jobs, you may already be a familiar name and face.

It also allows education students to get reps in different environments that’ll pay off later on. Mayer said getting to present lessons to students before starting student teaching was a major benefit. Same for talking in front of groups of adults or speaking one-on-one or in small groups with authority figures.

“Being a teacher there’s so much communication,” he said. “I communication with other teachers, with parents, with administration. I felt ArtsCore prepared me in a way where my communication is very clear. … I feel I have a very good understanding of the expectations and am comfortable with the professionalism.