The University of Wisconsin Oshkosh has continued its strong showing in the annual Campus Race to Zero Waste—a competition identified by the acronym CR2ZW and formerly known as Recyclemania. 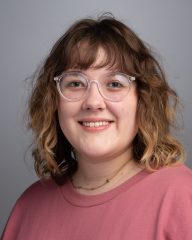 “As a campus we are doing a lot to ensure that our recyclable and compostable waste streams are going to the right places,” said Erin Thompson, student intern for the Sustainability Institute of Regional Transformations (SIRT) and person responsible for documenting the amount of waste. “I think CR2ZW went very well.”

Universities in the U.S. and Canada measured and compared campus waste reduction efforts over an eight-week span from Jan. 31 to March 27.

UW Oshkosh placed at No. 6 per capita and No. 7 in total weight of electronics recycling of 25 schools competing in the category.

UWO placed No. 20 of 103 schools for the food waste diversion, best of the UW System schools in this category.

UWO placed No. 18 of 131 schools in the overall per capita classic competition (based on recycling numbers).

“This is an important waste stream to highlight because food waste in landfills produces a lot of methane,” said Brad Spanbauer, campus sustainability officer. “We are shortening that distance traveled for our Oshkosh campus-generated food waste by taking it to our digester and converting it into heat, electricity and compost.”

Thompson said over the eight weeks of the competition, UWO composted more than 23,000 pounds of food waste collected at Reeve Memorial Union and Blackhawk Commons. As Spanbauer noted, the waste was hauled to the biodigester and converted into bioenergy.

Overall, the Oshkosh campus recycled 239,600 pounds of waste—a number Thompson thinks is lower than typical due to fewer people on campus during the coronavirus pandemic.

“There is definitely still room for us to improve by diverting more of our waste from the landfill, but overall we are happy with these results,” Thompson said.

Spanbauer said one of the biggest struggles with managing waste is getting accurate measurements. Often, he said, waste hauling companies do not provide specific types of information or they may only provide volume. He notes that a waste hauler can tell you how many times a Dumpster was tipped, but they may not document if it was completely filled each time.

Custodial staff kept track of how full each Dumpster was weekly to help SIRT know how much volume they were producing for recycling and help with reporting to CR2ZW. 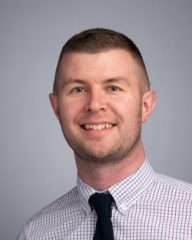 “Our department does what it can to prevent items that should be recycled from going to the landfill,” said Frank Mazanka, custodial supervisor, who noted they try to prevent contaminated commingled recycling from going into the Dumpsters. “If the waste hauler observes that there is too much contamination in a commingled Dumpster they will automatically treat that Dumpster in its entirety as landfill waste.”

He said the same takes place if a Dumpster intended for the recycling center is found to have too much contamination with non-recyclables, then it too is taken to the landfill—most likely with a number of items that could have been recycled.

Mazanka said while he is glad to hear UWO did well in the competition, he notes there is still a long way to go with education on separating trash properly so everything that can be recycled is recycled.

Part of the education is to be more conscious about the types of items purchased and their packaging.

“For me, the ultimate goal is to reduce the amount of stuff we buy—especially single-use items which became a major problem in the wake of COVID-19,” Spanbauer said, adding that he’d like to see sustainability woven into the University’s purchasing policy to reflect institutional values.

The next Campus Race to Zero Waste campaign will kick off in February 2022.