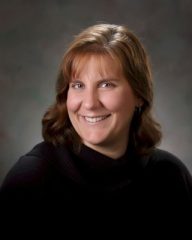 Bonnie Nickasch will be the interim dean of the University of Wisconsin Oshkosh College of Nursing (CON) effective July 2.

Provost John Koker made the announcement Monday to the University community.

Nickash is a faculty member and the director of the Doctor of Nursing Practice (DNP)–Family Nurse Practice program. She has been employed at UW Oshkosh since 2009 after receiving her BSN, MSN and DNP degrees from UWO. She is enrolled in the psychiatric mental health nurse practitioner certificate program at UW-Milwaukee.

Nickasch is a licensed registered nurse, holds several other professional licenses and certifications and has engaged in clinical practice since 2000. Since 2014 she has published 13 articles in peer-reviewed journals, chaired 35 doctor of nursing practice student scholarly projects and has presented numerous regional, national and international conferences. Koker called her “an excellent teacher” who has served on many CON and University committees.

Current CON Dean Judy Westphal recently announced her plan to retire in July. Westphal, who earned her bachelor’s and master’s degrees from UWO, was named interim dean in 2017 and the following year was appointed dean. She earned her doctorate in 2008 from UW-Madison and returned to Oshkosh as an assistant professor. She was promoted to associate professor in 2014.

Koker said a national search for the next CON dean will begin this summer.