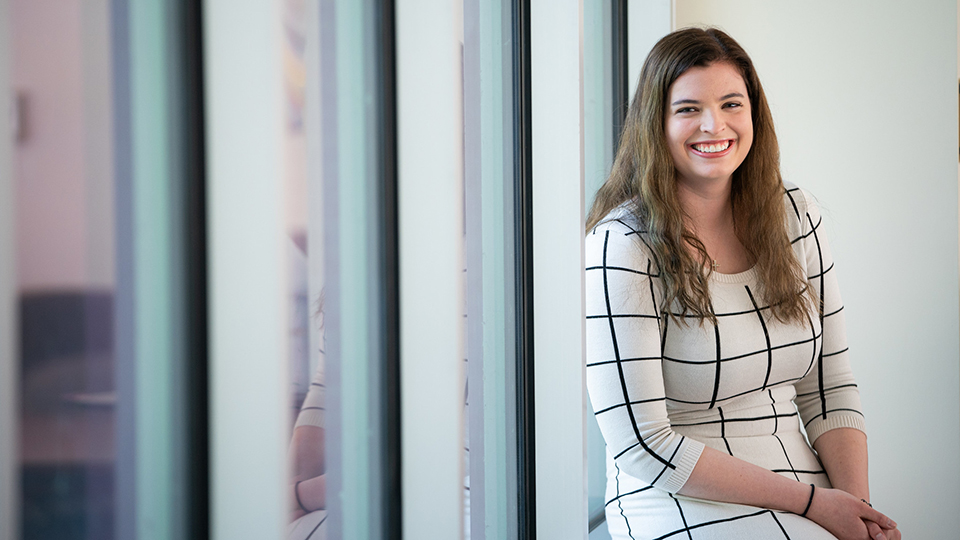 Days before she earned her bachelor’s degree in nursing from the University of Wisconsin Oshkosh, Mariah Zingale made clear the significance Project Success has on what she’d accomplished.

“I wouldn’t be here without them,” she said. “They gave me my own little success story. Without their help I wouldn’t be where I am today.”

Project Success is a remedial program at UW Oshkosh for students with dyslexia and other language-based learning disabilities. After four years of hard work and the support of Project Success along the way, Zingale walked into graduation day having already accepted a job at a Marshfield Clinic hospital on the neurotrauma floor.

It’s because of the success of students like Zingale and thousands like her that Project Success recently was honored with  a 2021 UW System Board of Regents’ Academic Staff Excellence Award—the highest recognition bestowed on members of the UW System academic staff. 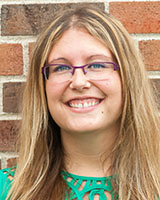 “I will fully admit Project Success was the main reason I decided to come to UW Oshkosh,” said Zingale, a Minneapolis native who hopes to one day be a critical care nurse with a master’s degree and Sexual Assault Nurse Examiner certification. “Then it was just another great thing they had one of the top nursing programs in Wisconsin.”

Project Success was founded at UWO in 1979 and remains one of few university programs in the country to specialize in phonics-based multisensory methodology to improve students’ reading, spelling and writing. The program also provides developmental math instruction and tutoring. Many of the students it serves have been diagnosed with dyslexia or attention deficit hyperactivity disorder (ADHD), or both.

“We support students who have disabilities in the area of reading, writing, spelling, math or ADHD,” said Jayme Reichenberger, who has served as either the program’s director or interim director since 2014. “A lot of our students have something like dyslexia or a learning disability as well as ADHD. There’s a very high comorbidity rate between them.”

Research has shown students with learning disabilities enter four-year institutions at half the rate of those without. The services offered through Project Success increase enrollment for this group of students and, oftentimes starting the summer before their first day of college, directly aids in their persistence and success.

While other schools offer some similar services, a key aspect that sets Project Success apart from other like-minded programs at other colleges and universities is there is no extra cost to students.

“We don’t believe that students should have to pay more for support that will help them be successful when they have a disability,” Reichenberger said.

With a University of about 10,000 students, Project Success works with about 300 students each year. That includes students who’ve been diagnosed with a learning disability before starting college and those who recognize their need for accommodations or other services while on campus. 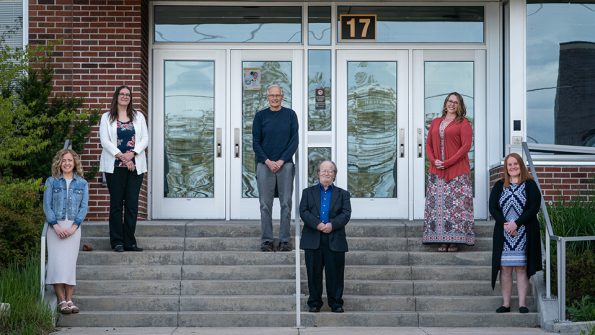 An example of an accommodation is moving an exam into a different location or having a reader available. During the 2019-20 academic year, Project Success staff proctored more than 1,700 exams, each one requiring careful planning and coordination.

Besides making sure students who need it are set up with the proper accommodations, Project Success includes other endeavors like a summer program for students about to begin their first year at UWO. Some students are required by the Admissions Office to take it based on their high school grades or ACT score, while others might just be encouraged or offered to get them better prepared for the fall.

Zingale took part and, looking back, knows it made a big difference. She learned skills like how to take notes for a college course, study techniques, how accommodations worked and what resources are available to students. She also found a sense of community which, as a student coming from out of state to Oshkosh, was a huge benefit.

“I wouldn’t have made it through college, specifically my first year, without Project Success,” she said. “Because yes they’re there for you academically, but they’re also there for you emotionally. College is hard, specifically your first two semesters, and sometimes when having a learning disability, you feel excluded because it takes longer to understand things and you feel like an outsider.”

To hear her tell her story, it becomes clear how the program could earn such a recognition from the UW System Board of Regents. Once, during an eight-week health class that’s among the most grueling in the nursing program, Zingale said a Project Success employee read her an exam over the phone while in her car on a family vacation.

“They are very dedicated to their students,” she said.

Support from start to finish

Milwaukee native Alexa Ratkowski, like Zingale, was among the spring class of 2021. She earned an early childhood education degree and had a close relationship with Project Success during her time at UWO, both using the services offered but also working a paid position in the Project Success office.

Ratkowski is what those familiar with the program call a walk-in admit. Though she’d at times struggled with reading and comprehension in high school, she’d shrugged off any suggestion that it was because of a disability. After all, she was getting As and Bs.

“I thought, ‘I’m getting good grades so I can’t possibly have dyslexia,'” she remembered.

But after having a tough time in the early-going of her first year, she spoke to an instructor who connected her with a rep from Project Success who thought she should get tested. Ratkowski said OK and, sure enough, she was diagnosed with dyslexia.

This led to a number of things, including Ratkowski getting set up with an organizational tutor, getting extended test time and access to readers—whether it be a person or an electronic setup—for tests and textbooks. As a Project Success student, she also gained access to the program’s study rooms and tutoring options.

She’s now a college graduate finishing her student teaching in a third-grade class at Butte des Morts Elementary School in Menasha this week. By commencement she’d applied for about 60 jobs in the Milwaukee area and the hope is by late summer she’ll be starting her teaching career.

She said she planned to bring her cap and gown into the third-grade class to show the students and deliver some words of wisdom.

“It’s like, ‘Look, I really struggled with reading but I can still do great things. I got honors cords. I did good in school even though I had all these struggles,'” she said. “It’s really the perseverance I try to tell them about the most. Regardless of the struggle, you can do it.”

Top photo: Mariah Zingale graduated from UWO in May, thanks in part to Project Success. Her next step is working on the neurotrauma floor at a Marshfield Clinic hospital.