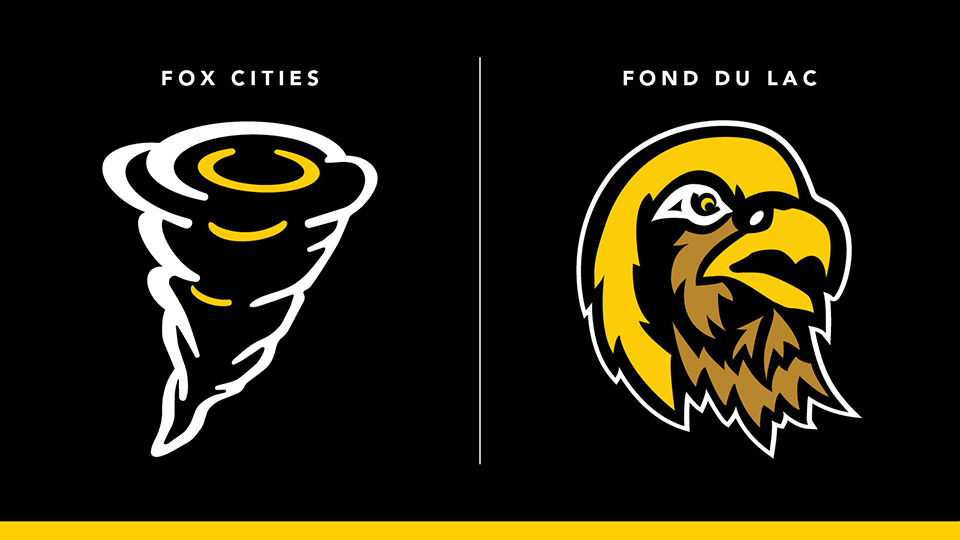 The athletic teams on the Fox Cities and Fond du Lac campuses of the University of Wisconsin Oshkosh have a dynamic new look thanks to a talented graphic designer from the class of 2021.

Dana Wolff, an Appleton native who graduated in the spring with a major in graphic design, put her skills to the benefit of the UW Oshkosh access campuses and their revitalized sports programs. 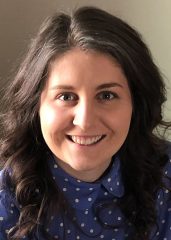 The new looks for the UWO Fox Cities Cyclones and the UWO Fond du Lac Falcons were unveiled this week.

“The main goal was to bring new life to the access campuses’ athletic identifiers while maintaining unity between each campus,” said Wolff, who took on the design project as a Reeve Union marketing employee. “I spent a lot of time researching current design trends and looking at other examples to make sure my approach met the ask and elevated the past identifiers.”

The project itself came about through a confluence of circumstances. In recent years the Fox Cities and Fond du Lac campuses were welcomed under the UW Oshkosh banner as part of a System-wide restructure and a new visual identity for UWO was unveiled.

In early 2020, Colin Wylie, the Reeve Union assistant director for marketing and assessment, brought the idea of refreshing the access campus athletics logos to Neil Hall, competitive sports manager for the three campuses. To that point, the Cyclones and Falcons identifiers didn’t feature the UWO black and gold and were in need of an update.

Then came the pandemic, which led to athletics on the access campuses pausing for the 2020-21 academic year and a slowdown for some University departments. Among them was Reeve Union, so its marketing employees began looking for new projects to take on that they might not otherwise have time for.

Wylie turned to Wolff—an eager designer interested in sports and looking for opportunities to grow—and soon the work was underway.

The goals for the redesign were to modernize the logos while maintaining their tradition and unifying the branding across the three campuses.

“We wanted the mascot, icon and text watermark to complement each other and further the UWO brand,” Wylie said. “It was an excellent team effort and I’m excited to see these pieces be utilized and show the talent our students possess.”

Wolff, who since graduating has started a full-time job as a graphic designer and administrative assistant for Tri-County Gymnastics and Cheer in Green Bay, said she’s excited to have left a few marks on the University moving forward. Her other claims to fame around the Oshkosh campus include the logo and branding for the Clash Burger, the recent redesign of Titan Underground signage and menus, and creating artistic renderings for a grant proposal for updates to UWO Police Department facilities.

Now before long her creations will be on uniforms, in gyms and on promotional items for years to come.

“I’m excited about the final versions and I think they’ll be a great addition to the UWO access campus athletics departments,” Wolff said.

When the Cyclones and Falcons make their return in the fall, it’ll be in the newly formed Wisconsin Competitive Sports League (WCSL) with teams from the three access campuses of UW-Green Bay and two of UW-Stevens Point. The WCSL will launch with men’s and women’s tennis, women’s volleyball and men’s basketball.