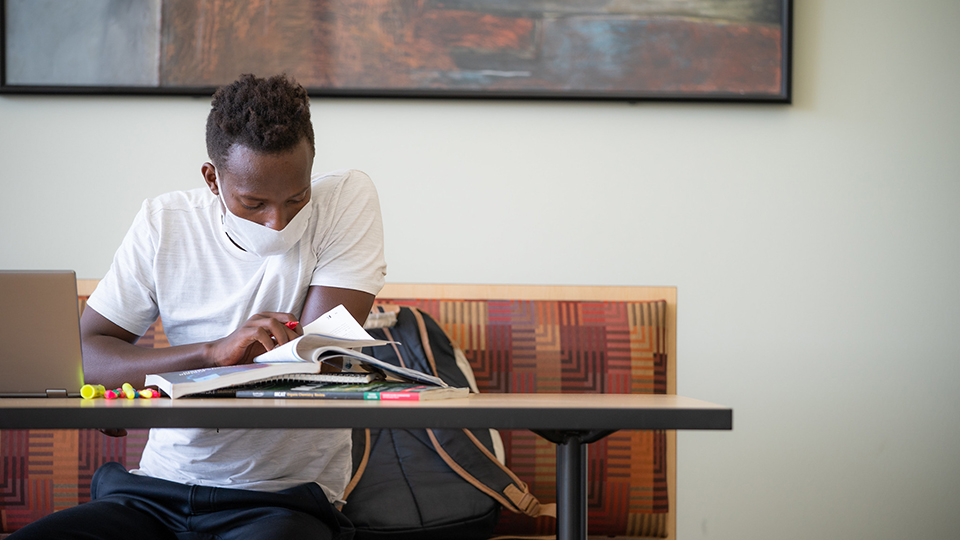 How did the University of Wisconsin Oshkosh make it through the past year without a major coronavirus outbreak? A study conducted in collaboration with the U.S. Centers for Disease Control and Prevention (CDC) suggests the mask-wearing habits of the University community may have played a part.

UW Oshkosh was one of 54 colleges and universities nationwide taking part in the eight-week study called MASCUP! this spring. Students trained as data collectors observed people on the Oshkosh campus and at off-campus sites frequented by students.

Oshkosh observers found that nearly 93% of people were properly masked, compared to an average of 85.6% among the participating schools.

“It was encouraging to see such great adherence to our face mask expectations,” said Michelle Bogden Muetzel, program manager in the office of sponsored programs and risk and safety. “It should be no surprise though, considering the low number of COVID-19 cases on our campus this spring.” 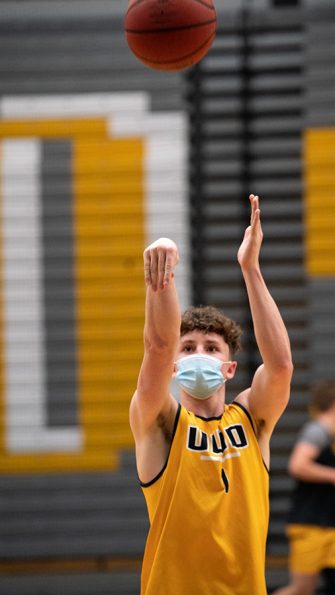 UWO officials worked hard to create a culture of mask-wearing during the pandemic.

The most common mask type observed was cloth (73.6%), followed by surgical masks (23.9%). UWO purchased and distributed more than 25,000 cloth masks to students, faculty and staff at all three campuses for the start of the fall semester after the mask requirement was put in place in the summer. University book stores on all three campuses also sold masks and the athletics department purchased Titans masks for the student-athletes.

The CDC is using the data from the MASCUP! study to learn about masking compliance, proper mask use, communication strategies and more. By participating in the national study, Bogden Muetzel said UWO was simply doing its part for the greater good.

The on-campus mask requirement was one of several measures taken to keep the University safe and open throughout the year. It wasn’t until late in the spring semester vaccinations were readily available, so as Bogden Muetzel pointed out, it’s likely the low rates of infection at UWO were due to the following of health and safety guidelines.

“Our University implemented a rigorous testing protocol and amazing testing center which has set us up for success,” she said. “However, we wouldn’t have gotten through spring as well as we did if there wasn’t buy-in from the staff and students. By doing our part and getting tested, wearing masks, having impeccable personal hygiene and now getting vaccinated, we can continue to set precedence as a stand-up University that is ready to progress and move forward in the face of a global pandemic.”