Alan Peche, director of the Barlow Planetarium on the Fox Cities campus of the University of Wisconsin Oshkosh since 2008, died Saturday. He was 56. 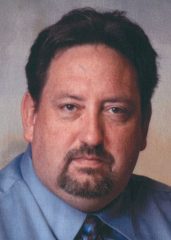 Peche, a Medford native who attended UW-Eau Claire before beginning his career in science education, was diagnosed with pancreatic cancer in February. He spent 35 years working in planetarium operations. Peche will be remembered as a passionate educator with a love for anything that broadened our view from our little blue and green planet. He also was an advocate for community science outreach and a longtime friend and colleague to many.

In his 13 years on the Fox Cities campus, the Barlow Planetarium welcomed an estimated 400,000 visitors. By measures of attendance and revenue, it is among the top university planetariums in the Midwest.

He is survived by his wife, Janet, and two daughters.

Late last month Peche wrote to the UW Oshkosh community about his diagnosis, four unsuccessful cycles of chemotherapy and the decision to suspend treatment and enter hospice. He wrote that he and his wife had taken the terrible series of events as a blessing and how it gave them a chance to reconnect with past colleagues, employees and students.

“Since this decision, I have had many conversations that have been filled with wonderful comments about what I meant to people—my mentoring, my education style, how they continue to use the things I modeled for them daily in their professions,” he wrote.

Peche asked not to have a funeral but instead a celebration of life. Details on the event will be available in the days ahead.

Also instead of flowers, the family has asked for support for his last project, renovation of the Barlow Planetarium. Donations can be made to support the planetarium’s NextGen project through the UW-Fox Cities Foundation.