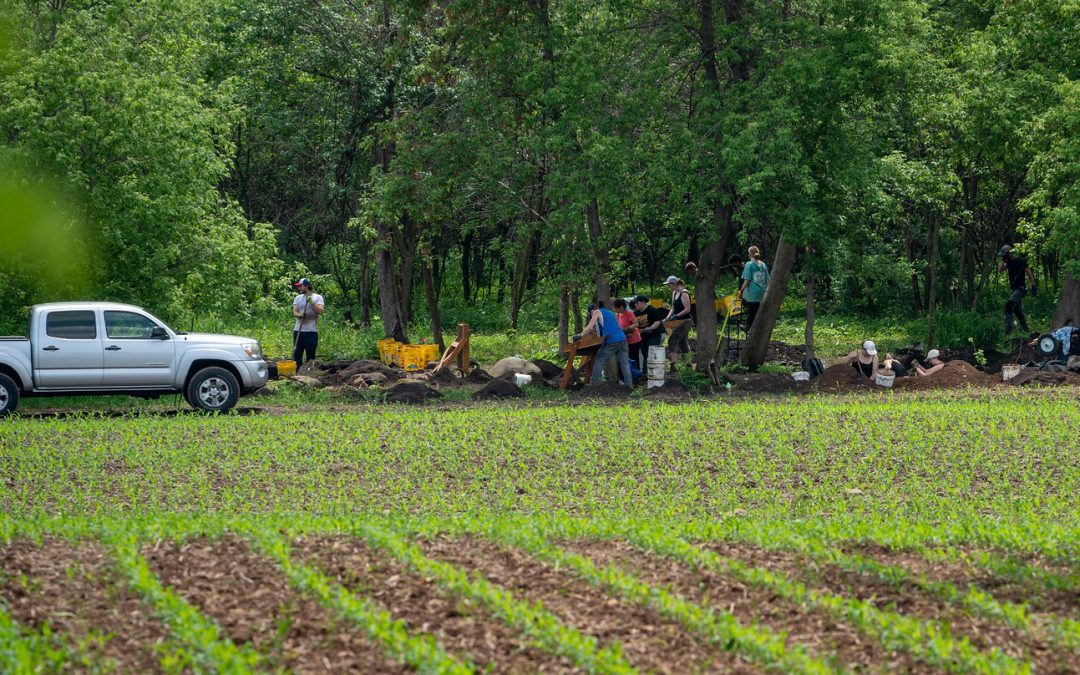 A University of Wisconsin Oshkosh associate professor and his students didn’t uncover the missing remains of murder victim Starkie Swenson at the suspected Omro burial site, but that doesn’t mean the work ends.

“The search went very well. The students worked really hard and we were able to use GPR (ground-penetrating radar) to scan and excavate a large portion of the site,” said anthropologist Jordan Karsten about the work done over spring interim that ended earlier this month. “However, we still have a lot more work to do. We intend to get back to the site once a month for the rest of summer and then a more frequent schedule in the fall.” 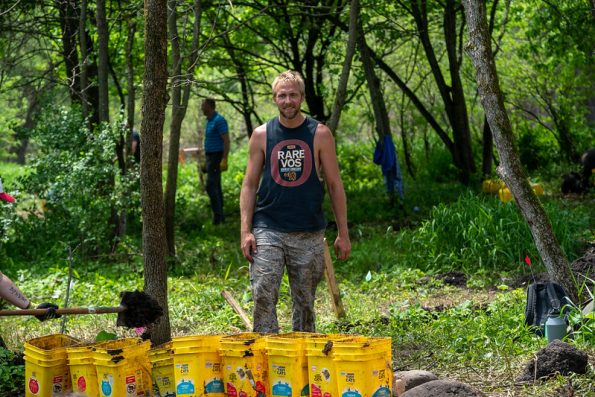 Jordan Karsten at the suspected burial site near Omro.

John C. Andrews was convicted in Winnebago County of the August 1983 murder of Swenson—even without recovery of Swenson’s body.

According to historical accounts, Swenson, who was 67 years in 1983, was romantically involved with Claire Andrews, the ex-wife of John Andrews and was murdered in what has been described as a love triangle in Neenah.

When the case was prosecuted in 1994, the first degree intentional homicide charge was amended to homicide by negligent use of a motor vehicle. Andrews halted his trial by accepting a plea to the lesser charge. It was believed Andrews ran over Swenson, who had been riding a bicycle near Shattuck Middle School in Neenah. Andrews was ordered to 24 months in the county jail.

The students unearthed a few items, most notably a portion of a headlight from a 1970s-era automobile.

Karsten said it’s possible the item was from John C. Andrew’s car, but it might be difficult to ever determine that.

It is believed Swenson was struck by Andrews’ Pontiac Firebird sports car. 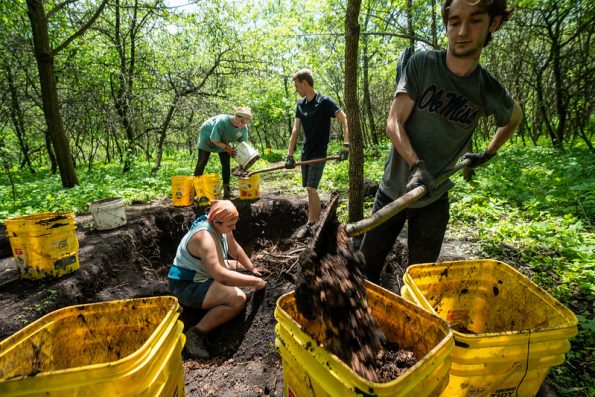 UWO students on the hunt for the remains of Starkie Swenson.

The three-week intense search for remains had students soon realizing that the type of forensic/archeological work they were doing was not at all like the efforts they’ve seen on TV or in the movies. Karsten said he’s sure many didn’t realize how much hard labor goes into excavation.

One student commented as much to him on the first day of the dig.

“Our whole team―myself, the sheriff’s office, members of Swenson’s family―do believe that the Omro location is still the most likely location for us to find Starkie,” Karsten said. “However, it will take us some more excavation time to determine if that is correct.”

In the future, Karsten and his podcast co-host Matt Hiskes are hoping to feature a new cold case from the area. If there is excavation involved, he wants to involve UWO students.

For now, he is focused on finding the remains of Starkie Swenson on upcoming digs.