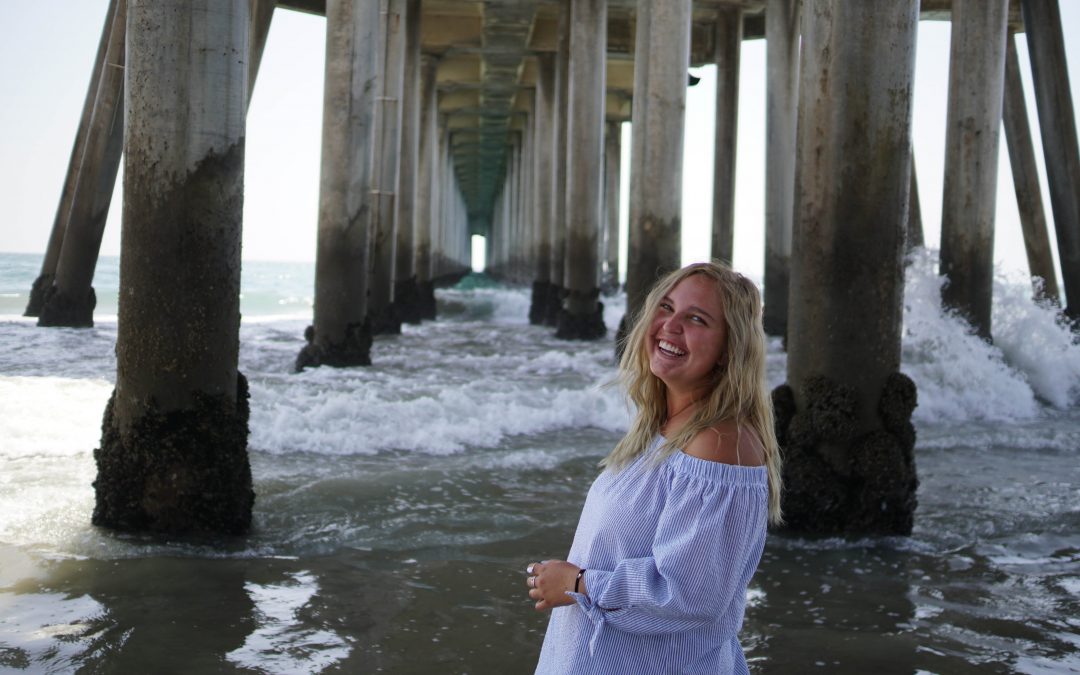 University of Wisconsin Oshkosh, Fox Cities campus alumna Maizie Foth, of Appleton, said her life’s path took an unexpected and exciting turn when she secured an internship working with a Los Angeles screenwriter.

Foth earned an associate of arts and science degree in May. The Appleton East High School graduate originally planned to pursue a bachelor’s degree in film production, but things changed drastically with the internship.

“I was suddenly getting an experience that had me learning very quickly about screenwriting, the career I intend to pursue,” she said. “I made the very big decision to finish the year at UW Oshkosh, receive my associate degree and be done with school entirely. Instead of moving on and completing my bachelor’s degree, I will be moving out to L.A. to work in the film industry.” 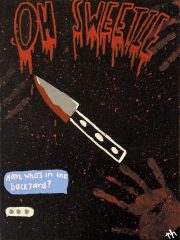 Foth has been working with screenwriter Michael Stagliano―someone she said she was lucky enough to meet when he was visiting Wisconsin in August 2020. She kept in touch after the initial meeting and several months later he asked her to intern for him. Since most of his work is done virtually, she was able to work for Stagliano while still living in Wisconsin.

Foth was included in meetings with producers and directors. She listened to them develop scrips and provide notes. She’s had the chance to read Stagliano’s scrips and talk through them with him.

“Michael often gets hired to write a script based off of a book,” Foth said. “I have been lucky enough to talk through the process of turning these books into scripts and even sharing my own ideas with him.”

She’s taken notes during calls and done research, if needed.

“Being a part of the process of Michael’s script development has helped me figure out how to be a better writer as well,” she said. “I have been applying what I am learning to my own writing and have seen a major improvement.”

Stagliano, who owns his own entertainment company, Nerdy Pop Entertainment, has been writing professionally for about five years. He works with companies like Netflix, DC, Hasbro, Vertigo and Voyage and runs what he says is the largest screenwriting group in Hollywood called Deadline Junkies.

“Maizie has an ability to capture the voice of young teens/adolescents that is reminiscent of Taylor Swift,” he said. “She makes those characters feel real and three-dimensional. She has a true talent for writing stories. Moreover, she is relentlessly eager to learn and that is probably the biggest quality I saw in her that made me want to offer her an internship. It’s not always the case you find a 20-something who understands the value of learning and has the ambition to see their dream realized.”

Stagliano said he met Foth “by chance” when he was in the area and talking about screenwriting as a career to someone Foth knows. He said Foth seem very interested in screenwriting, and he asked her for a sample of her writing.

He said he admires Foth’s ambition and was happy to offer her a chance with his company to continue developing as a screenwriter.

Foth looked for options to get credit for her internship experience and she worked with her UWO Fox Cities adviser, Chelsea Breyer, and UWO Career and Professional Development staff at the Student Success Center.

“At the beginning of her internship, she was able to work with her supervisor (Stagliano) to set some goals regarding her desire to learn more about screenwriting, editing and the entertainment industry,” said Chrissy Lambie, UWO internship coordinator. “She had developed a great relationship and they were able to work quite collaboratively despite the pandemic and his location on the West Coast. I believe Maizie got a lot out of this experience and that it was something that invigorated her desire to explore career opportunities in screenwriting.”

Foth said the internship has resulted in support for the work she does with her own ideas.

“Once I write a draft, I send it off to him (Stagliano) and then he reads it and provides me with notes,” she said. “Luckily for me, we have very similar tastes in film and TV genres so I often know when he will like a story that I am developing.” 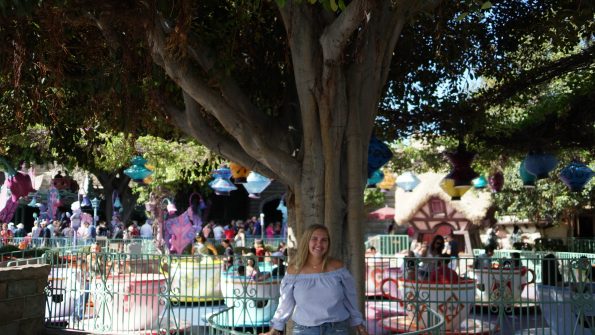 Foth currently is working on writing a TV pilot script for her show called Juice Box―a dark fantasy  about a girl who becomes stranded in a fantasy realm while searching for her father.

“I have found that fantasy is my favorite to write because I absolutely love world building,” she said. “It gives me the opportunity to really show my creativity with my writing. I love to write horror, too, but fantasy will always be my favorite.”

She knew in her junior year of high school that she wanted to be a screenwriter, but interestingly was not involved with theater or film. It wasn’t until she got to UWO Fox Cities that she took film classes.

She said a creative writing class in fall 2020 with Bill Gillard, associate professor of English at the Fox Cities campus and associate department chair for the access campuses, helped her develop her skills. It was during the class that she wrote the original version of Oh Sweetie.