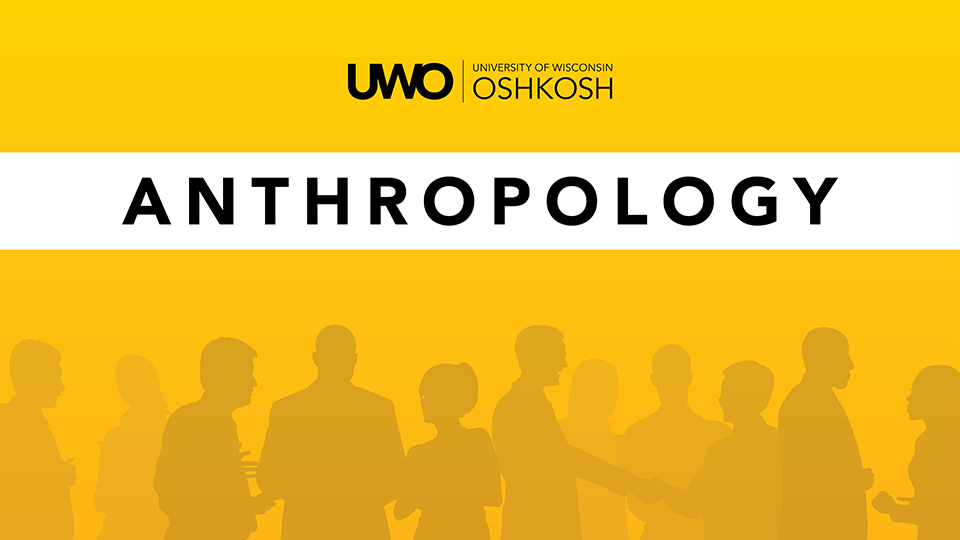 Anthropology is a sprawling study. It covers humanity in all of its wondrous chronological and geographic diversity and complexity and encompasses what feels like a limitless number of topics, from biological and archaeological to linguistic and cultural.

The paths that lay ahead for a student who’s earned an anthropology degree are similarly plentiful. Here’s a quick summer check-in with five spring anthropology grads to see where they are and where they’re headed. Their aspirations didn’t disappoint. 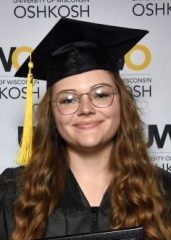 ♦ Bailey Raab, of Oshkosh, graduated in May with a major in anthropology and a minor in psychology. She’s now working for a nonprofit archaeological research institute in Lawrenceburg, Indiana, taking the year off from school before moving on to graduate school.

“When I took my first anthropology class, it was the first time that I genuinely thought that this was a field that I could be interested in for the rest of my life,” she said.

It wasn’t until she got into the field, though, that she fell in love. In the summer of 2020 she interned at the same institute at which she’s now employed and it was getting into ethical archaeology and working with the community that had her sold. She gets to be outside all the time, she said, and is constantly learning new things and working with fun, interesting people.

After her year of work, research and studying for the Graduate Record Examinations, she plans to earn her master’s in anthropology and then continue on to earn a doctorate. 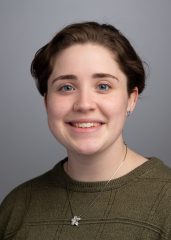 ♦ Crystal Lake, Illinois native Morgan Mulroe graduated in spring and, besides majoring in anthropology, earned an Indigenous studies certificate. In the fall Mulroe will attend the State University of New York at Albany to begin the pursuit of a doctorate in cultural anthropology. Along with continuing her education, the 2021 Chancellor’s Award for Excellence winner also has been awarded a teaching assistantship and will be running discussions and labs.

Her long-term goals include becoming a college professor or working in cultural consulting. She’d also like to set up a field school.

“Anthropology was the right major for me because there are so many possible avenues to pursue,” she said. “I like being able to use anthropological frameworks in different settings and that it is so interdisciplinary. The whole point of anthropology is to understand the human condition, and I truly enjoy being able to do that through cultural anthropology in particular.” 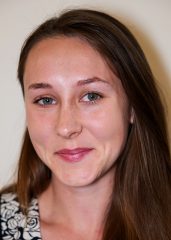 ♦ Oshkosh native and Honors College grad Abigail McMerrill, who majored in anthropology and political science and earned an Indigenous studies certificate, is spending her summer working with the Boy Scouts of America Tomahawk Scout Camp as the director of youth involvement and inclusivity. After the Boy Scouts recently opened up programs to female scouts, Merrill described her role as taking an anthropological lens to the organization’s policies, structures and culture to evaluate how female scouts are included and integrated. “Basically, I made up my own job,” she said, “but so far it is working out!”

In the fall she’s applying to graduate school at the University College of Dublin with hopes of following a career in business.

“My goal is to take my background and become an international business analyst, helping global businesses understand and reach a large and equitable market,” she said. 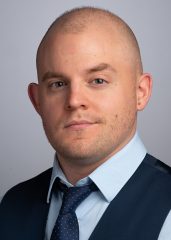 ♦ Appleton native Jordan Payne has spent the summer after graduating with a degree in anthropology and history with back-to-back anthropology field schools. The first was with UW Oshkosh associate professor Jordan Karsten searching for the remains of a 1980s murder victim on a plot of private land in Winnebago County. The second, which just finished, was through UW-Milwaukee and involved excavation near Lake Koshkonong in south-central Wisconsin.

“I am currently in the process of getting hired by UW-Milwaukee’s Cultural Resource Management firm, which employs archeologists like myself to either work in the laboratory or the field,” he said.

Eventually, Payne said he wants to gain a post-doctoral fellowship and conduct archeological research professionally, or work at a University as a lecturer (and eventually professor).

“Anthropology was absolutely the right major for me,” he said. “Although I have always been hungry for knowledge and am very interested in other disciplines, such as history, biology and geology, anthropology has captured my passion and interest the most. At its heart, anthropology is a cross-disciplinary science, using aspects of evolutionary biology, linguistics, history, geology, sociology, psychology, economics and many more to help us answer generalizable questions about what it means to be human.” 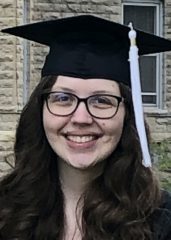 ♦ Another spring anthropology graduate, Riley Drechsler of Wisconsin Rapids, is moving on to the University of Missouri to begin a quest for a master’s degree in the fall. The McNair Scholar who completed research at the Peabody Museum at Harvard University is continuing her anthropology education and also plans to pursue a certificate in museum studies. With those achievements she’ll be able to start a career in museum curation or something similar.

“Anthropology was a great fit for me because of my interests in the human side of history and prehistory,” she said. “It’s also great because the subfields means that you can go a lot of different directions with the major, so the degree can be helpful in a lot of different careers.”