Eleven alumni to receive top honors for their accomplishments 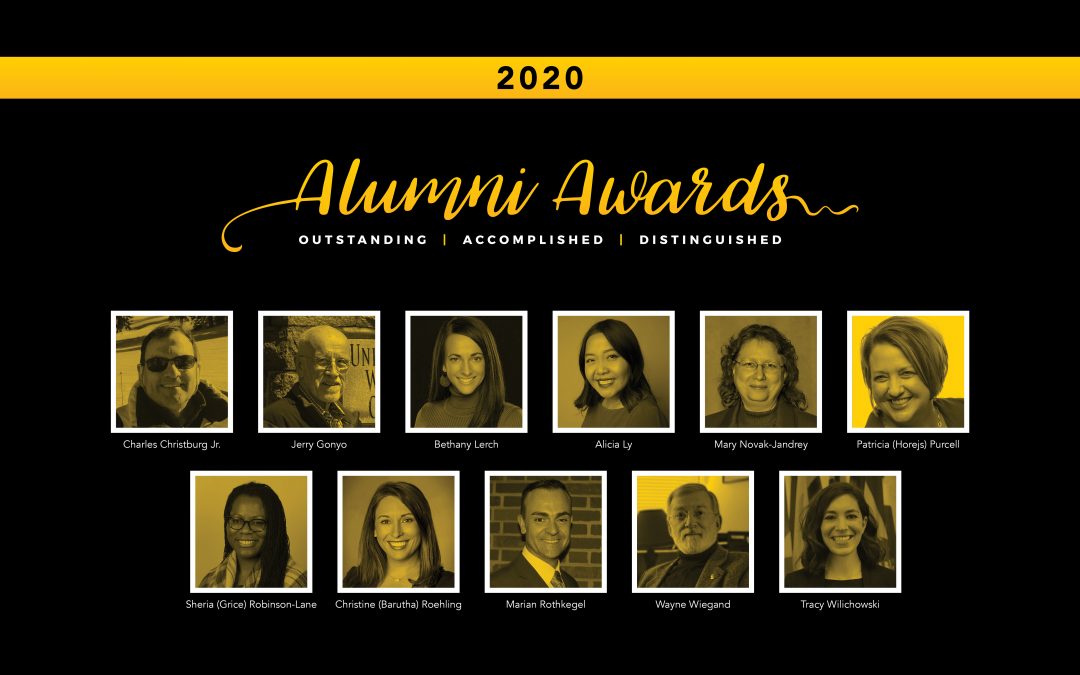 Eleven notable University of Wisconsin Oshkosh alumni will be celebrated and honored for their achievements by their alma mater during Homecoming 2021.

The UW Oshkosh Alumni Association will present five top graduates with the Distinguished Alumni Award for their extraordinary and widely recognized accomplishments in their professional fields; and five with the Outstanding Young Alumni Award for their professional and civic accomplishments and future promise within 15 years of receiving their degrees.

Also, one graduate will be awarded the first-ever Alumni Outstanding Service Award for making exemplary contributions to UWO on the Oshkosh, Fond du Lac or Fox Cities campuses, through support of the University and volunteer efforts; via energy, leadership, support and/or philanthropic donations. These alumni have made significant contributions to their community on a local, regional and national level.

Mary Novak-Jandrey of Venice, Florida, a 1974 nursing major, serves as national managing director of Arthur J. Gallagher & Co. Novak-Jandrey is a first-generation college graduate who quickly made a name for herself as she excelled into leadership roles within her practice. Her passion for helping others succeed resulted in the creation of the Student Emergency Fund for the College of Nursing and she has also provided many other financial investments to the college.

Patricia (Horejs) Purcell of Neenah, a 1989 journalism major, is the owner and president of Writing by Design. Purcell launched her business in 2006 after working for Fortune 100 company Kimberly-Clark Corp. Writing by Design now has five employees and numerous subcontractors who help meet the needs of the company’s variety of clients, ranging from a Saudi Arabia-based dairy company to local businesses like Verve, a Credit Union.

Sheria (Grice) Robinson-Lane of Ann Arbor, Michigan, a 2003 nursing major, serves as an assistant professor at the University of Michigan’s School of Nursing. Robinson-Lane is passionate about excellence in elderly care and has led multiple long-term care facilities to success. She continues to be a strong leader in the field of nursing and a recognized expert in the care of older adults, serving on task forces and boards with goals to improve care practices.

Wayne Wiegand of Walnut Creek, California, a 1968 history major, has F. Williams Summers Professor of Library
and Information Studies emeritus status at Florida State University. Wiegand’s exceptional career in academia took him to a number of universities. He has studied American library history since 1974. Because of his stature in the field, he is often referred to as the “Dean of American Library Historians.”

Bethany Lerch of Oshkosh, a 2009 German and international studies major, is a psychotherapist for domestic violence services at St. Agnesian HealthCare/SSM Health. Lerch worked as an English language teaching assistant in Germany after graduation. She later returned to Germany to work as an assistant professor of American studies at the University of Leipzig. In Oshkosh, she founded the nonprofit Able To, also known as the Afghan Education Project, which helped Afghan women earn graduate degrees through UWO.

Alicia Ly of Appleton, a 2015 journalism major, works as a paid media manager at Publicis Media. Ly directs millions of dollars in digital budgets for social media activation and campaigns for Comcast Xfinity and Mattel. She also has assisted on campaigns for brands like Barbie, Hot Wheels, American Girl and Fisher Price.

Marian Rothkegel of Neenah, a 2012 supply chain management and finance major, is a global procurement and supply chain manager at Marchant Schmidt Inc. Since his graduation, Rothkegel has furthered his education, been promoted in his career and has given back to the UWO Supply Chain Management program by frequently attending meetings and speaking to classes. He currently leads a team of buyers and is expected to continue to move up the career ladder.

Christine (Barutha) Roehling of Brookfield, a 2006 human resources major, serves as a human resources manager at Johnson Controls (Federal Systems). After graduation, Roehling joined global defense contractor BAE Systems as part of their human resources leadership development program and quickly worked her way up into management and leadership roles. In 2014, she moved back to Wisconsin and has held roles at various Wisconsin-based global organizations.

Tracy Wilichowski of Washington, D.C., a 2012 philosophy and history major, works as an analyst for the education
global practice and global knowledge and innovation unit at The World Bank Group. Wilichowski has spent the years after leaving UWO working to improve education. She taught English and reading in Miami as part of the Teach for America program and was the lead content developer on a classroom observation program called TEACH, designed to help low-and middle-income countries track and improve teaching quality.

Jerry Gonyo of Bloomington, Indiana, a 1964 economics major, is the first graduate to ever be honored with this award by the Alumni Association. Gonyo has used his energy and leadership to support not only UWO but also many other organizations he’s passionate about, including the Indiana University Health Alzheimer’s and Dementia Resources Services and the Alzheimer’s Association Greater Indiana Chapter. He has long continued his active involvement with the University. He organized, facilitated and participated in various outreach activities with the UWO Arizona Alumni Chapter from 2002 to 2016 and is working to develop the same type of faithful UWO alumni group in Bloomington. In addition to his passion to unite all Titan alumni, Gonyo has become a great philanthropist in support of the University. 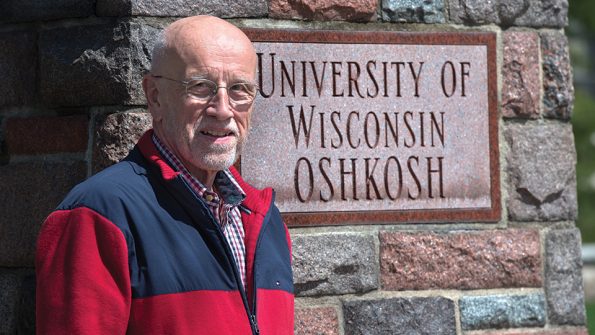 His charitable gifts since 2005 have supported a variety of initiatives, and his generosity over the last three years has helped make a significant impact on the institution. Most recently he established a $50,000 nursing scholarship for students pursuing a degree in nursing with a special interest in long-term care, a $50,000 endowed scholarship for students pursuing a degree in education and an additional $50,000 challenge gift for the 150th anniversary Giving Day that is set for Sept. 12. All three gifts were made to honor the institution’s sesquicentennial year.

“Over the past several years in my active donation efforts I have tried to tie strings to my donations, which resulted in programs and efforts that supported dedicated efforts,” said Gonyo. “My current donation has the strings tied to keeping the 150th anniversary spirit of UWO.”

Gonyo has also dedicated his time and support to many Alzheimer’s organizations after being a long-term caregiver due to his wife Darlene’s journey with the disease. “I have and will continue to help support local training for caregivers starting with CNAs and beyond,” Gonyo said. “I want to make sure when my turn comes, there are professional caregivers there for me.”