Titan mag: On the cover 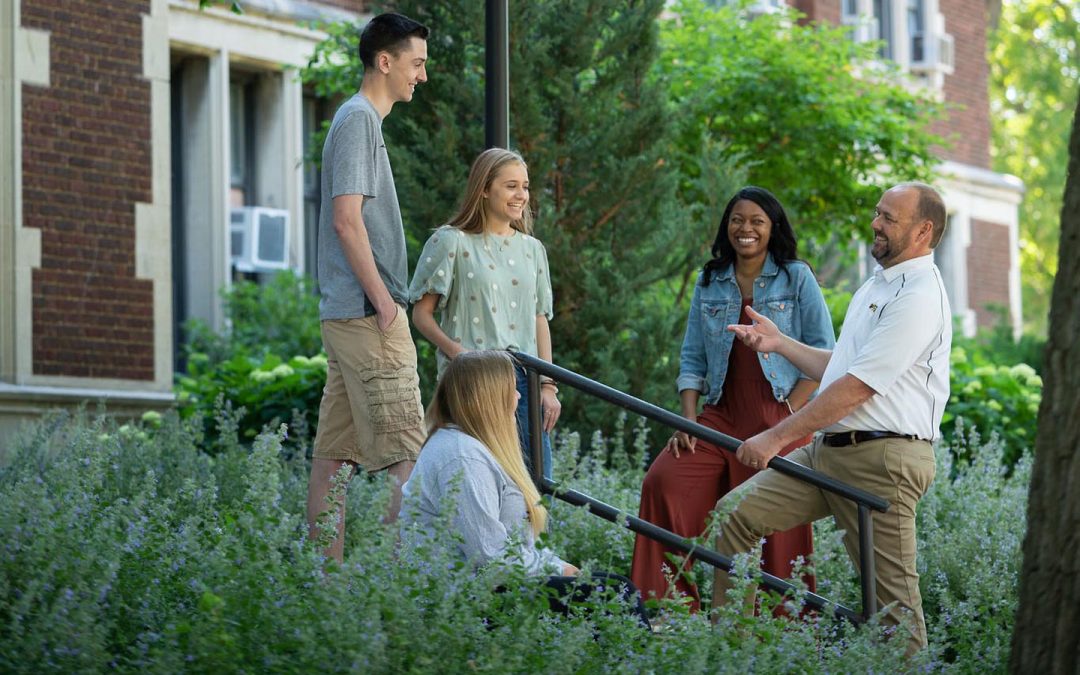 Chancellor Andrew Leavitt enjoys a moment to catch up with students as the end of the pandemic nears, and the UWO community looks forward to a fall full of 150th anniversary celebrations.

Schlosser works as a community service officer for University Police. This spring he was elected a senator of the Oshkosh Student Association, where he serves as vice president pro tempore. He is a member of ROTC, appointed in May as a UW Oshkosh cadet company commander.

Ashauer served as chair of Crafty Adventures at Reeve Memorial Union and is president of the Reeve Advisory Council. She works on campus in Human Resources.

Wright was a Titan Advantage student at UWO before selecting the University for her degree program. She was a part of the Sisterhood, which brought Angela Davis to campus. She also worked in the Oshkosh campus residence halls.

Vanlandghen is a member of the National Society of Leadership and Success and has served as captain of four intramural volleyball teams.