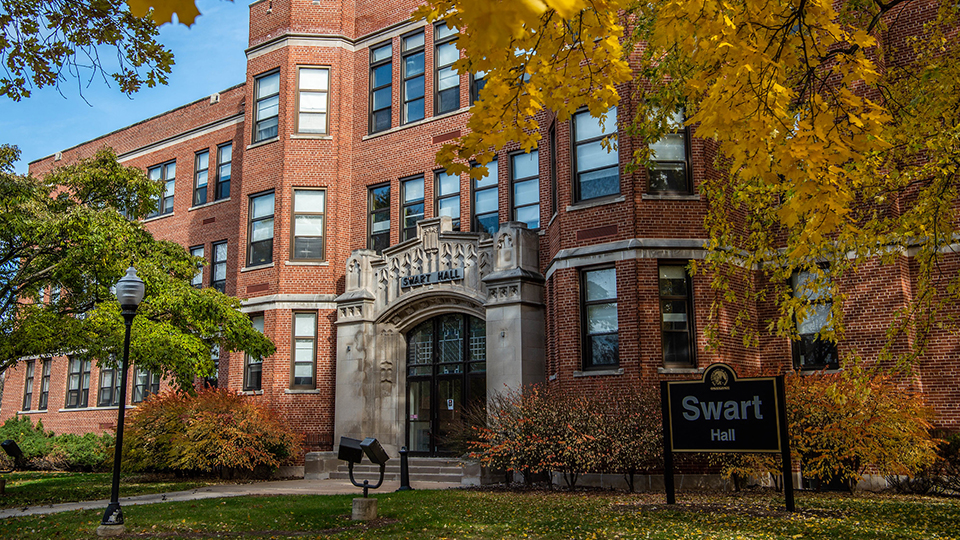 With it being the University of Wisconsin Oshkosh’s sesquicentennial year, featuring a large community celebration, the gathering of two Golden Titans classes and the 100th anniversary of Homecoming, there will no doubt be reunions of all sorts this fall for alumni, faculty and staff.

Titans from several generations will reconnect and catch up, whether at the on-campus celebration Sept. 12; the Homecoming game Oct. 23; or at any other opportunity that might present itself this fall.

One way people with a connection to UW Oshkosh reaching back more than half a century have already been coming together—albeit virtually—is through a public Facebook group dedicated to what once was the teacher training school on the Oshkosh campus.

The group—titled Rose C. Swart Campus Laboratory (Training) School—has more than 200 members. It’s a place for sharing stories, photos and memories from the later years of the training school in Swart Hall. With the program ending in 1974, the group, created in late 2009, is mostly former students who sometimes spent all of their kindergarten-through-eighth grade years on campus.

When the institution first known as the Oshkosh Normal School was founded in 1871, it housed a full private elementary school. The school, owned and operated by Oshkosh Normal, used a French model of teacher training that involved student teachers observing and practicing skills on real classrooms of children. For more than 100 years, the campus included this type of teacher-training school, where education instructors, student teachers and students were all together in one setting.

The training school eventually closed in 1974, and the University moved completely to the modern setup where student teachers are scattered about in various schools and districts. Those who were lucky enough to be educated—or educate others—in what now is a quite unusual setting have a lot of fond memories from those days. 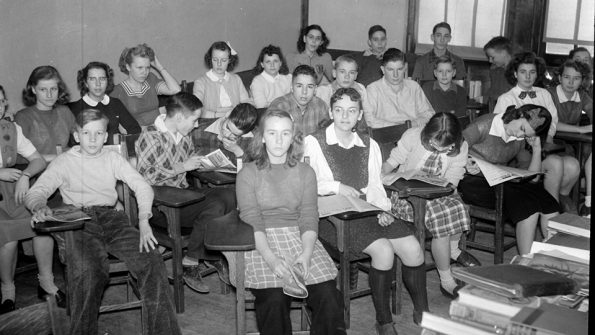 An eighth-grade class in 1944 in the training school in Swart Hall.

“We were very, very lucky to attend that school.”

Lewis, who now lives in Nashville, said until Facebook emerged, she spent decades thinking she’d never talk to her classmates again. After fourth grade her family—including her mother, who’d been a theater professor in Oshkosh—moved to Oklahoma and she lost touch with her friends, as it was so easy to do in the pre-internet age. That included her first best friend, who she said she wondered about for decades.

“We all just reconnected like we’d never been apart,” she said. “We all had different memories that we shared with one another. It was all amazing.”

Scott Neice, a student at the training school from 1965 to 1972 and UWO graduate in 1983 who now lives near Dallas, Texas, echoed that sentiment. He was introduced to the group about five years ago.

“It’s been great to see how their lives unfolded and to keep up with some now 50-plus years later,” he said. 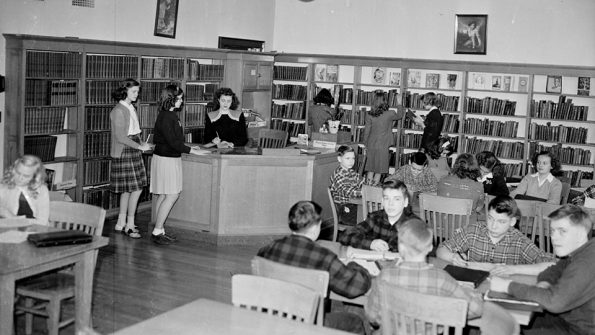 Students gather in the training school library in 1945.

David Hodge taught art at the campus school for its final 10 years, then continued on at UW Oshkosh. In all he spent 43 years with the institution, including as an ad hoc instructor after retirement. Now living in Amherst, at 86 he’s likely the oldest member of the Facebook group sharing memories and reconnecting with long-lost pupils.

“I tell everybody it was the best 10 years of my life right there,” Hodge said of his time at the training school.

Hodge said it’s been fulfilling to read the updates from students he had in class all those years ago. With the school now closed for 47 years, many of his former students are now around retirement age. He estimated he’s heard from about 100 of them.

“Some of them are just amazing where they’ve been,” he said. “I have one person coming this weekend to visit me—one of ‘the kids,’ I call them, from the school.”

In 2008, Hodge started an art education scholarship in memory of his late wife, Margaret. Margaret Hodge taught dance and choreography at UWO and was a Camp Fire leader to girls at the training school. Their daughter, Cathy, went to the training school and now is an active participant in the Facebook group. Hers was among the last classes to move from kindergarten through eighth grade before its closing. 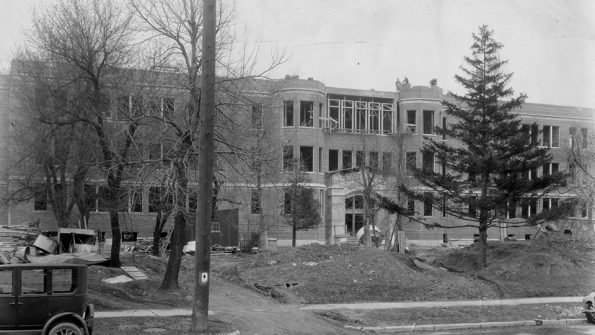 After the Oshkosh Normal School fire, Swart Hall was built. It opened in 1928.

Those around to share memories of the training school only remember the era when it was housed in what is now Swart Hall. It began in the spring of the first year in the original Oshkosh Normal School building, which was destroyed by a fire in 1916. A new building for the training school, after many delays, opened in 1928. (In the meantime, classes were held in several nearby churches.)

The stand-alone school building was dedicated to Rose Swart in 1929 as the Rose C. Swart Training School. Swart had an impactful career in education that began with the opening of the Oshkosh Normal School and stretched beyond 50 years. To this day a painted portrait remains framed in the entryway to the building bearing her name.

In 1880, the school added a kindergarten class—the first ever for a public university in the country. It was first housed in the basement of the original normal school building.

Throughout its 100-plus years in operation, the training school went by many names. At times it was called a laboratory school and, once it moved into the new building, it was casually called the Swart school. When the Swart building opened it was said to be among the best teacher-training facilities in the country. 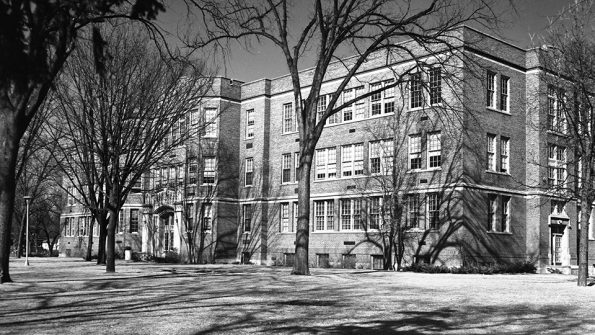 Swart Hall stands tall on the Oshkosh campus in 1968.

A sense of pride

Courtney’s father, the late Ray Schmelter, taught math and was the director of the training school in its final years. After graduating from what was then called Oshkosh State Teachers College and is now UWO, he began teaching at the campus school in 1959, earned a doctorate from UW-Madison in 1969 and retired from UWO in 1993. With such strong family ties, Courtney was delighted to find that people were reconnecting online.

“Somebody invited me (to the Facebook group) and I was so excited about it,” she said. “It’s so much fun to go and look and remember different things.”

Courtney, who returned to the Oshkosh campus and earned a bachelor’s in 1981 and a master’s in 1982, remembers a lot from that time in her life. She said the children knew they were in a special setting because they often had other friends, and maybe knew kids in their neighborhoods, who went to the public schools. That upbringing helped form a special bond among the students in the training school. Because there was one classroom for each grade, the same 20-something students were together year in and year out. Many of them spent up to nine years together.

“We did everything together,” Courtney said. “Even now, like my class reunion is coming up in August, and I don’t hang around with any of the high school kids. I have a couple high school friends, but they’re not going. But all the campus school kids always hang out together at those.”

The students on campus had access to amenities like the Polk Library, the planetarium, the swimming pool and gyms. Being on a college campus, especially during the 1960s and early ’70s, gave them different experiences outside of what their friends had in the public schools.

“We always felt really special about that,” she said. “We had a sense of pride.”