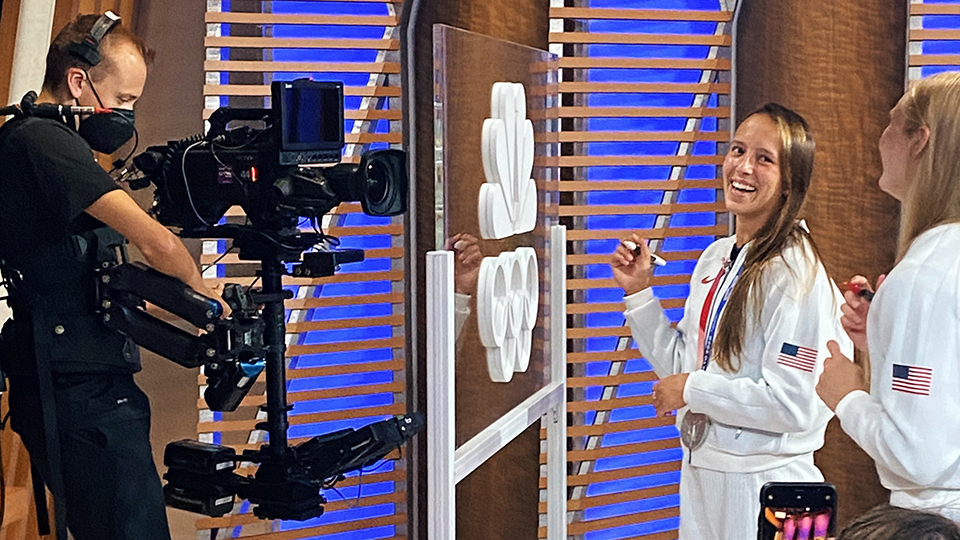 As the Paralympics Games are underway this week in Tokyo, it’s fitting to recognize the work of a University of Wisconsin Oshkosh alumnus who helped bring the recent Olympic Games into our living rooms.

Anyone who tuned in to NBC daytime coverage of the Tokyo Olympics was almost certainly watching the camera work of 2017 UW Oshkosh radio TV film (RTF) graduate and Ripon native Kenton Barber. 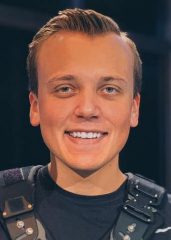 Barber’s assignment in Tokyo was Steadicam operator for the NBC daytime studio show. His work was broadcast on not only on NBC, but USA Network, NBCSN, Olympic Channel, CNBC, Telemundo, Universo and Peacock.

Barber is a full-time Steadicam freelancer. The Steadicam is a body-mounted camera stabilization apparatus that compensates for unwanted camera movement or shake.

“If you tuned into NBC at all during the day—after the Today show and before the evening news—you most likely were watching my show,” Barber said.

The show was done from a tower studio that overlooked the Olympic rings and the Rainbow Bridge during the weekdays and from Studio B located in the International Broadcast Center during the weekends.

Barber’s work could qualify for a medal of its own.

Before the Olympics, Barber had worked with NBC multiple times, with most of the work under the NBC Sports umbrella. But he’s had stints filming everything from pro football to high profile political events. His work has been featured on NBC Sports, Fox Sports, CBS Sports, NFL on Fox, NFL Network TBS and BET among them.

“I’ve had the chance to see presidents, work shoulder to shoulder with celebrities and be on giant shows such as the Games of the XXXII Olympiad,” he said.

The pandemic that impacted the schedules of Olympic athletes affected Barber as well.

He had been slated to travel to Tokyo to work the Summer Games back in March of 2020, but COVID-19 soon postponed the games. When the details were worked out to have the Olympics take place in 2021, Barber was asked back. 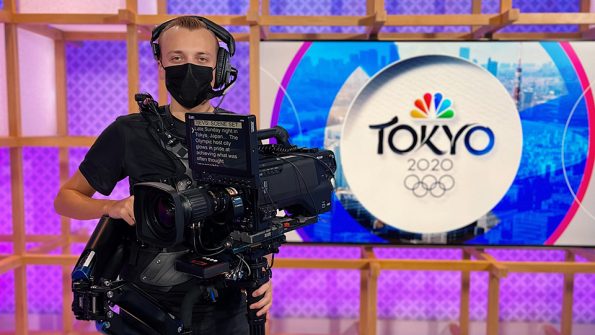 Barber’s career started in middle school when he got his first job at a local cable access channel in Ripon. He was already highly interested in television production.

Former UWO student Riley Icenogle, at the Ripon Channel, brought him in and started teaching him the basics of television. Barber said he was taught everything from what a BNC (coaxial cable) connector was to editing in Final Cut Pro. He convinced them to buy a very basic and affordable Steadicam-like system and Barber used it to shoot high school football. He ran on the sidelines for four seasons and it solidified his plans to make a career of camera work and television.

Barber said UWO was “an easy choice” for college; it was well-known for its RTF program and it was in-state and nearby. 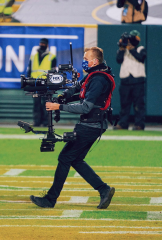 Kenton Barber in action at a Green Bay Packers game.

“Though my family and friends knew what I was up to,” he said, “I don’t think most of my peers and professors actually realized that I was working full-time directing newscasts at WLUK-TV while also being a full-time student.”

He took a full load of classes in the morning and early afternoon, only to drive to Green Bay in the late afternoon to direct the evening news. He freelanced in any spare time he had.

“I remember being asked to be excused from class to operate a camera jib at a Fox News town hall in Milwaukee, and also being excused from my computer programming class one Monday afternoon so I could get up to Green Bay to work a Monday Night Football game,” Barber said.

After graduating from UWO in four years in 2017, he continued his job at WLUK-TV and working as a freelancer. In 2019, he accepted a job in Orlando as a Steadicam operator for NBC’s Golf Channel. He was primary operator on Golf Central and also operated on School of Golf and Morning Drive. He kept freelancing in any spare time he had.

Barber said he couldn’t be happier with his decision at the beginning of this year to become a full-time freelancer as a Steadicam owner and operator. It was something he’d wanted to do for as long as he could remember.

“To say you worked on the Olympics for NBC is an amazing achievement and will be one of many great accomplishments Kenton has in his still very young career. 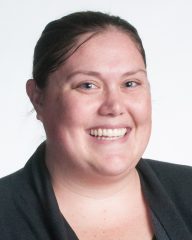 “When you look at Kenton’s career progress, in just this short time from graduation, it really shows how dedication and work ethic can propel you in this field,” Hubbard added. “Kenton has done impressive work from the moment he graduated, but his career progression started even before graduation.”

Hubbard recalled how Barber established himself as a dependable cable wrangler for the Green Bay Packers while still attending UWO and made successful short films that screened at film festivals across the nation.

She said there are a lot of moving pieces when it comes to being a good camera operator, including framing the shot and keeping the shot in focus―usually done while stationary. A good Steadicam operator takes those moving pieces and adds in the additional coordination of a camera stabilizing system that is worn by the operator to capture smooth, effortless-looking tracking shots.

“You see these shots all the time in sporting events, news studio shows and films,” Hubbard said. “The shots are dynamite and captivating to watch, so they are used a lot.” 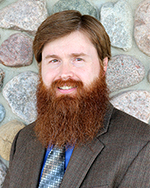 RTF department chair Andrew Smock said he was excited to learn that Barber had worked the Olympics for NBC.

“In terms of sporting events it doesn’t get better than that,” Smock said. “Then, when I saw the photos of him operating the Steadicam for coverage I’d watched, it really hit home. My enjoyment of the Olympics, and that of millions of viewers, was made possible in part by a former student. Wow! I’m so pleased by how his career is progressing and that he’s having the opportunity to be a part of producing major television events. I can’t wait to see what he does next.”

Barber said he enjoyed his entire time in Tokyo―totaling just over three weeks. He arrived for a week of prep and rehearsals before the games began and came back to the U.S. after the closing ceremony.

“What I will remember most about the games in Tokyo is how they happened, despite so many people so sure that they wouldn’t go on or couldn’t happen,” Barber said. “All the scheduled events happened, all the medals were given out and Olympic records were broken.” 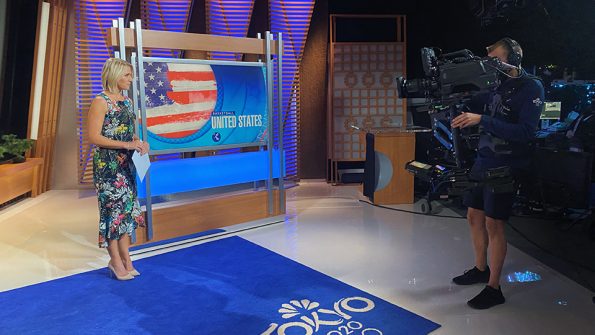 He said it’s always good to be a little nervous, but easy to “psych yourself out” in his role, when you realize the magnitude of the event.

Interestingly, once they go on air, he said the last thing he’s thinking about is the people watching the show.

“I’m focused on my framing, making sure my horizon is level, watching my focus, making sure I don’t trip, and watching to make sure I’m not casting obnoxious shadows, to name a few,” he said.

Barber said working Olympic coverage was an “incredible experience and a bucket list opportunity” in his camera operating career.

Currently, he is working in Atlanta on a commercial and wrapping up the second season of a game show. Then he’ll be on the road with the Fox Sports crew doing Big Noon Kickoff shows for college football.